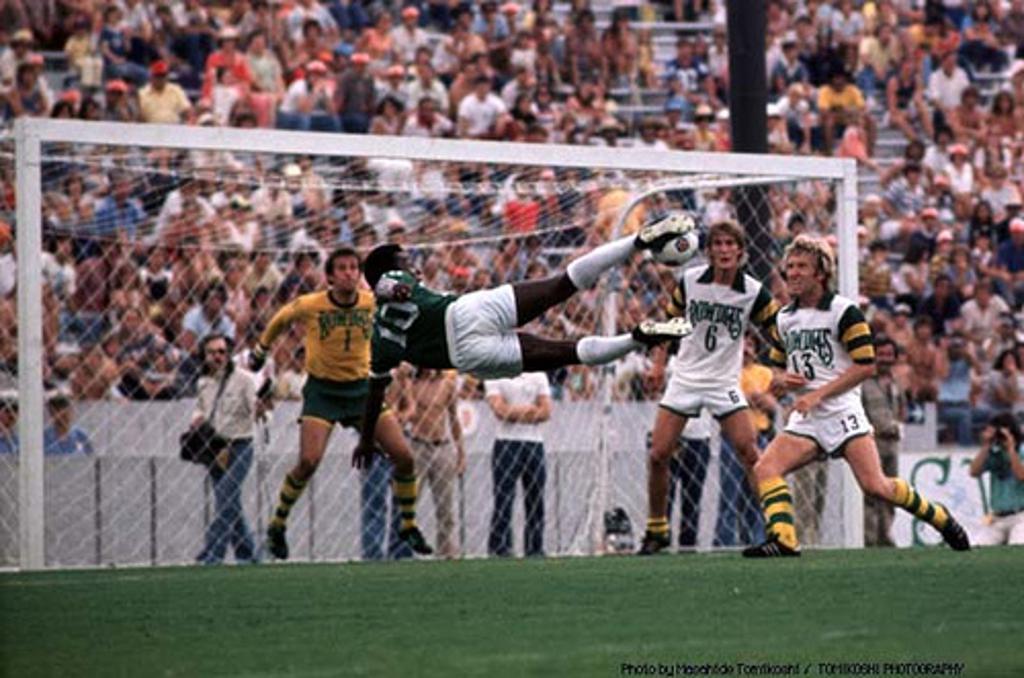 The Rowdies were the first professional sports franchise in the area and remain one of the most recognizable and well-loved brands in soccer. Originally established in 1975, the team won the NASL Soccer Bowl championship in its inaugural year and created a unique, entertaining and memorable franchise with the Fannies, Wowdies and unforgettable "Kick in the Grass" theme song. In 2008, a group of investors announced the purchase of rights to a professional soccer franchise and the newly established team began play in 2010. In 2012, the Rowdies won the NASL Soccer Bowl Championship after a thrilling shoot-out victory in front of a sold out crowd at Al Lang Stadium in downtown St. Petersburg.

August 1975: The Rowdies beat Toronto Metros-Croatia in the playoff quarterfinals 1-0 and follow it with a 3-0 semifinal victory over the Miami Toros to earn a trip to San Jose, California to play in the NASL Soccer Bowl. There, the Rowdies beat the Portland Timbers 2-0 in San Jose thanks to second-half goals scored by Arsene Auguste and Clyde Best. Rowdies defender Stewart Jump was awarded Man of the Match.

1976: The Rowdies compete in and win the NASL Indoor Season, beating the Rochester Lancers 6-4 in the Final, played at the Bayfront Center in St. Petersburg.

1978: The Rowdies knock off the Chicago Sting, San Diego Sockers and Fort Lauderdale Strikers in the playoffs to earn a spot in their second Soccer Bowl berth. 74,901 fans watched the New York Cosmos beat the Rowdies 3-1 at Giants Stadium.

1979: Playoff wins over the Detroit Express, Philadelphia Fury and San Diego Sockers see the Rowdies earn another trip to the Soccer Bowl. There, the Rowdies were beaten 2-1 by the Vancouver Whitecaps at Giants Stadium.

1985-86: Following the disintegration of the NASL, the Rowdies play as an independent for two seasons. Cornelia Corbett acquired the team in 1986.

1986-87: The Rowdies join the American Indoor Soccer Association (AISA), reaching the league quarterfinals in their only season.

1988-89: The Rowdies play two seasons in the American Soccer League, earning a trip to the semifinals in 1989.

1990-1993: The Rowdies play their final three seasons of the classic era as a member of the American Professional Soccer League before leaving the field for nearly two decades. Star midfielder Ricky Hill joins the team in 1992 as a player/coach for one season.

2008: A new group founds a club and names it FC Tampa Bay Rowdies, intending to enter the new incarnation of the NASL.

2012: FC Tampa Bay’s leadership reacquires the Rowdies name and subsequently drops the "FC" from the name, making the club the "Tampa Bay Rowdies" once again. The team thrives under Hill and wins its second NASL Soccer Bowl Championship, defeating the NSC Minnesota Stars in a penalty kick shootout to claim the trophy.

2013: The Rowdies flip the field inside Al Lang Stadium, reorienting it to run in an east-west direction. The season is highlighted by a run to the Fourth Round of the Lamar Hunt U.S. Open Cup, including a 1-0 victory at home over Major League Soccer’s Seattle Sounders FC.

October 4, 2014: Bill Edwards and the City of St. Petersburg announce that Edwards' Big 3 Entertainment has acquired management and operation rights to Al Lang Stadium for a term of four years.

November 18, 2014: Farrukh Quraishi is appointed as President and General Manager of the Tampa Bay Rowdies. Quraishi, a legend in the Tampa Bay soccer community, played for the Rowdies in the NASL's Golden Era from 1975 to 1980.

December 2, 2014: Quraishi and the Rowdies announce that Thomas Rongen has been named the third head coach in the Rowdies' Modern Era.

April 11, 2015: Fans are welcomed into the fully-renovated Al Lang Stadium for the first time as the Rowdies play their 2015 home opener against Minnesota United FC. A lively and loud crowd of 7,010 watched as the Rowdies drew 0-0 in an exciting match.

June 23, 2015: The Tampa Bay Rowdies announce a wide-ranging international partnership with Brazilian powerhouse São Paulo FC, one of the largest clubs in the world. São Paulo FC president Carlos Miguel Aidar and other dignitaries join Bill Edwards in St. Petersburg to sign the paperwork and make the partnership official.

August 21, 2015: After the Rowdies open the NASL Fall Season with two wins, a draw and five losses, Bill Edwards shakes up the technical staff, relieving Farrukh Quraishi and Thomas Rongen of their duties. A few days later, Stuart Campbell would be appointed Head Coach.

October 25, 2016: The Tampa Bay Rowdies announce that they will compete in the United Soccer League beginning with the 2017 season.

May 18, 2018: Neill Collins becomes head coach of the Tampa Bay Rowdies less than 48 hours after playing for the Rowdies in what would turn out to be his final appearance. Collins would coach his first match just one day later, a 2-2 draw against the Pittsburgh Riverhounds.

2019: The first full season under new ownership by the Tampa Bay Rays. The Rowdies began the season with a 13 game unbeaten streak. The club would return to the playoffs for first time since 2017 before losing to Louisville City in the first round.