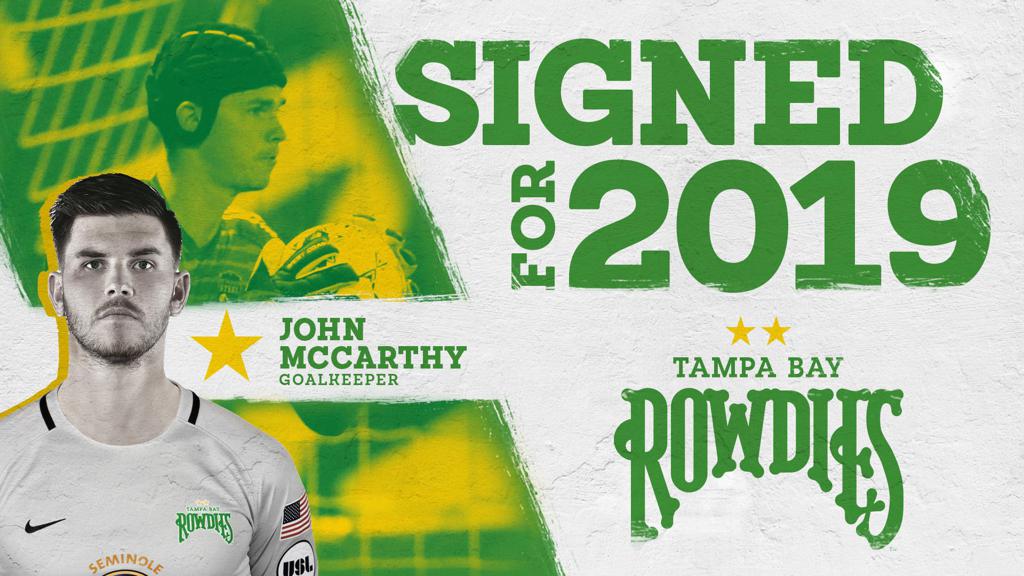 McCarthy, 26, comes to the Rowdies after spending the last four seasons with Major League Soccer’s Philadelphia Union. In his time with the Union, McCarthy made a total of 21 MLS appearances. He also played 26 matches in the USL Championship with the Bethlehem Steel.

“We’ve played against John on a number of occasions and he’s always proven tricky to beat,” Rowdies Head Coach Neill Collins said. “The closer I looked at him, the more I realized just how underappreciated his talent is due to the no-nonsense nature of how he plays the goalkeeping position. John is someone that, when he comes here and plays every week, as opposed to bouncing between the MLS and USL teams in Philadelphia, people will start to know just how good of a player he is. From all our due diligence, it’s quite clear that he’s a good person, a good professional and a top goalkeeper.”

He made his professional debut in 2014 with the Rochester Rhinos. That season, he won the USL Pro Goalkeeper of the Year and Rookie of the Year awards for posting 10 clean sheets in 19 matches.

McCarthy is the first goalkeeper on the roster for 2019.