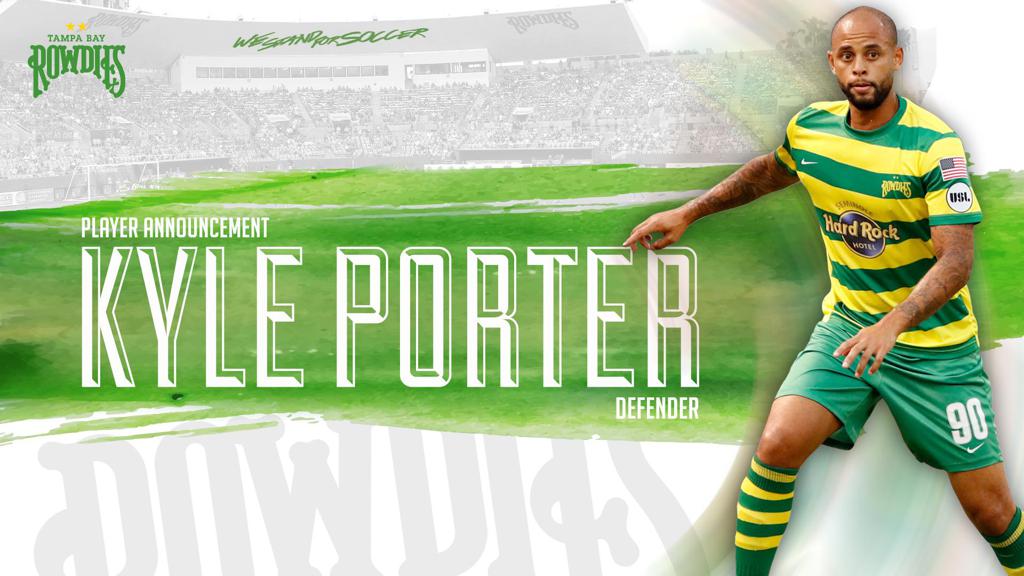 Porter played for the Rowdies last season, making 11 appearances in green and gold. He scored a goal in the 2017 Lamar Hunt U.S. Open Cup against Jacksonville Armada U23.

A Toronto native, Porter began this season with the Ottawa Fury FC. He made three appearances for Ottawa this season and was released from his contract late last week.

“Kyle is obviously a player we know quite well,” Rowdies Head Coach Neill Collins said. “We’ve had a lot on injuries on the backline this season. Kyle’s return allows us a little more competition for places in the squad, which is always a healthy thing to have.”