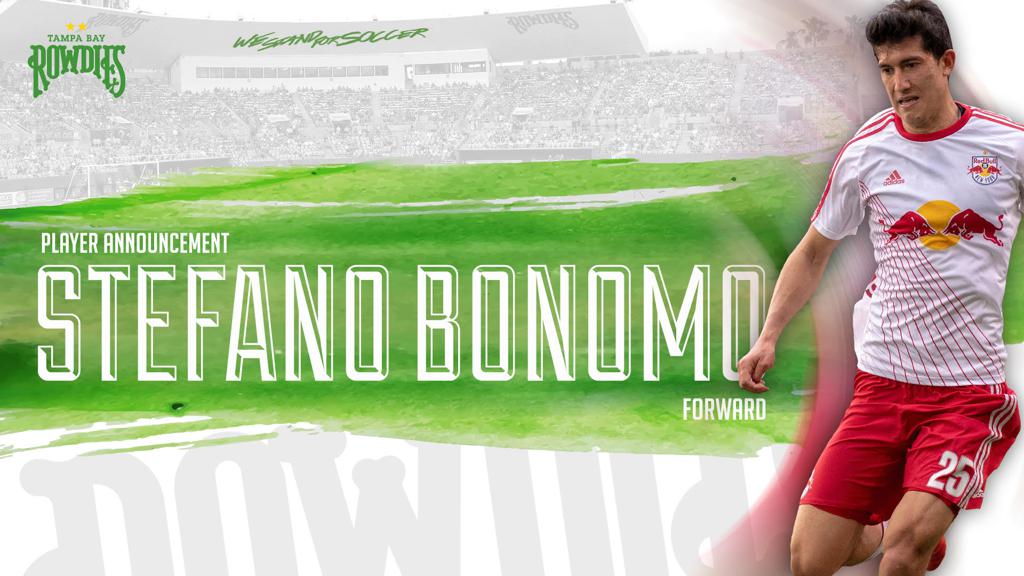 Bonomo most recently played for the New York Red Bulls II on a Major League Soccer contract. He had been in the Red Bulls system since 2015 and scored a total of 24 goals in 64 USL matches. Four of those goals came in four career appearances against the Rowdies.

"We know how dangerous Stefano is given his success during his time with the Red Bulls," said Chairman and CEO Bill Edwards. "Bonomo is another very important midseason signing, that will give this club even more quality in the attacking third. Our fans will enjoy watching him on the pitch, as I know he's hungry to bring the 2018 USL Cup to Tampa Bay."

Bonomo, 25, is originally from the San Francisco Bay Area and attended college at Cal Berkeley from 2011-2014. He was drafted No. 39 overall by the Red Bulls in the 2015 MLS SuperDraft but did not sign a contract until joining Red Bulls II that summer.

“Stefano is a great player that we unfortunately know a little too well,” Rowdies Head Coach Neill Collins said. “When the opportunity to sign him came up, it was very unexpected, but it was a great chance to add a guy that knows how to score goals in our league. At his age, he has a lot of potential to improve and most importantly he’s hungry to reach the top level.”

In 2016, Bonomo helped lead the Red Bulls to the USL Cup Championship. A year later, he scored 13 goals in leading New York to the Eastern Conference Finals. He had three goals in 11 appearances for the Red Bulls this season, including two goals on June 20 in what turned out to be his final start for the club.