Rowdies Fortify Back Line with Addition of Max Lachowecki 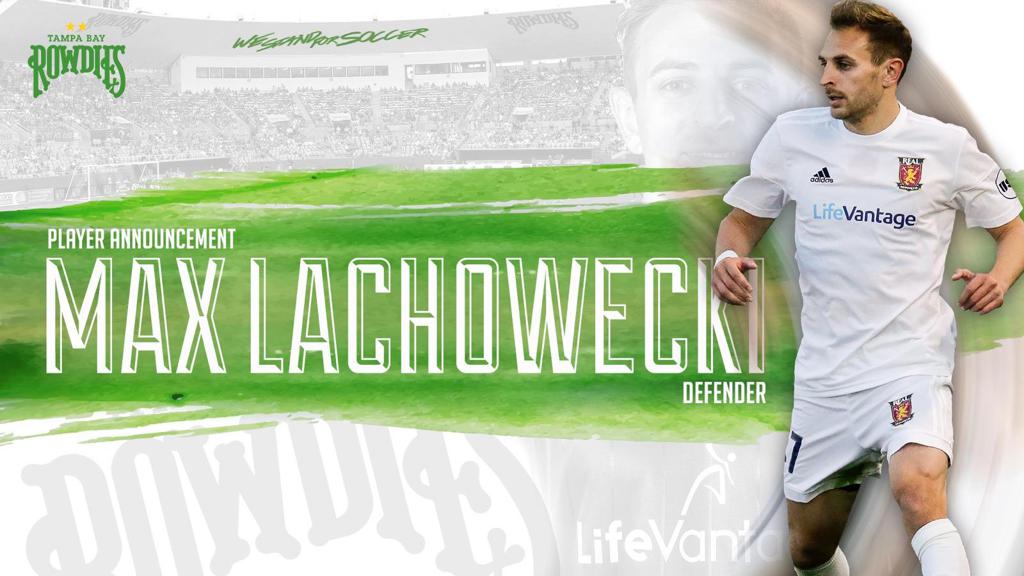 ST. PETERSBURG, Fla. (January 30, 2018) — The Tampa Bay Rowdies have added another young defender to the 2018 roster with the signing of Max Lachowecki, the club announced Tuesday. Per club and league policy, further contract details were not disclosed. The signing is pending league and federation approval.

Lachowecki, 25, is a natural left back that played the last two seasons with Real Monarchs SLC. He is the second former Monarchs defender signed by the Rowdies this offseason, joining Kyle Curinga.

“I am very happy to be joining the Tampa Bay Rowdies,” said Lachowecki. “It’s an honor to get the opportunity to play for a club with such a rich and decorated history.  I look forward to putting in the hard work with the rest of the guys and to continue to make the best fans in the league proud.”

In his two seasons in Salt Lake City, Lachowecki made 60 USL appearances, logging nearly 5,000 minutes of action. He made 33 appearances and scored twice last year in helping the Monarchs to a USL Regular Season championship.

“Max is very experienced for his age, coming off two great seasons with the Monarchs,” said Rowdies head coach Stuart Campbell. “Along with Kyle (Curinga), they were very influential in the Monarchs successful 2017 campaign. I am very excited to see what Max can bring to this club.”

Born and raised in Indiana, Lachowecki played college soccer at the University of Notre Dame before being selected by Real Salt Lake with the No. 25 overall pick in the 2016 MLS SuperDraft. He did not sign with RSL, but stayed within the organization with the Monarchs.

Including Lachowecki, the Rowdies have now signed nine new players this offseason and six of those new additions are 25 or younger. Only goalkeeper Cody Mizell (26), midfielder Lance Rozeboom (28) and forward Jochen Graf (28) are older than 25.

“Max is another great example of the type of players we are bringing in this season,” said Rowdies Chairman & CEO Bill Edwards. “We are surrounding our more experienced players with young and talented individuals who will help bring a championship to AL Lang Stadium.”