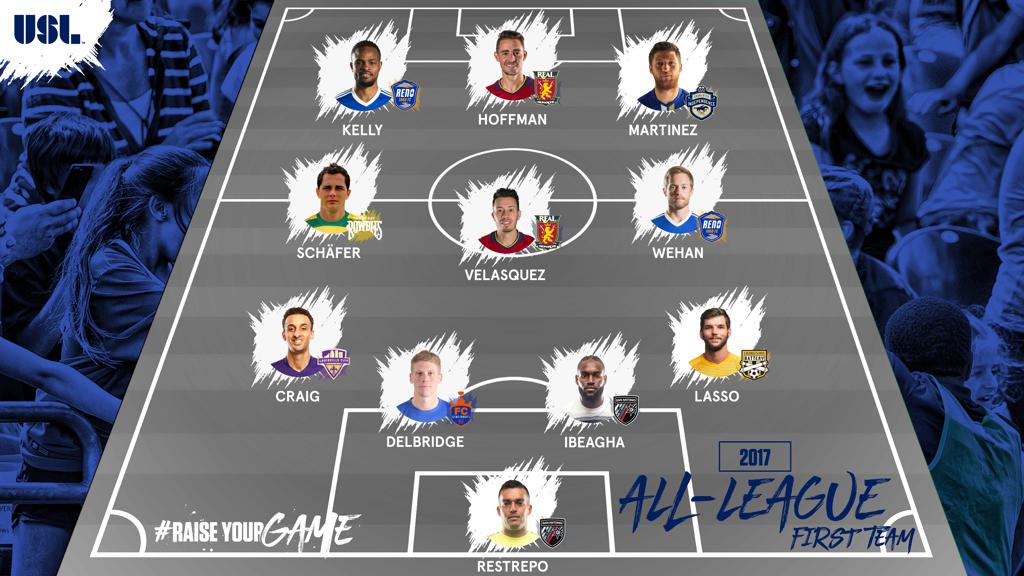 Schäfer earned a spot in the Best XI with seven goals and 11 assists in his first season in North America.

The 33-year old German signed with the Rowdies in March, leaving Germany's VfL Wolfsburg as the club's captain and record holder for Bundesliga appearances as a field player.

He made his Rowdies debut in Tampa Bay's season opener against Orlando City B and spent the early part of the season splitting his time between left back and defensive midfielder.

Eventually, Schäfer solidified his place in the midfield and became one of the focal points in the Rowdies' attack.

The full All-League First Team is below.

GK – Diego Restrepo, San Antonio FC: Restrepo led the USL with 12 shutouts, while also posting a 76.4 save percentage and a 0.80 goals-against average for the best defense in the USL.

D – Forrest Lasso, Charleston Battery: Lasso finished in the top five in the USL with 27 blocked shots, and he also recorded six goals to finish second in the league among defenders, playing an important role in Charleston’s attack.

M – Marcel Schäfer, Tampa Bay Rowdies: The former German international finished tied for second in the USL with 11 assists and scored five regular-season goals in a stellar first year for the Rowdies.

M – Chris Wehan, Reno 1868 FC: Wehan took the USL by storm in his rookie season, leading the USL with 12 assists while adding eight goals, as 1868 FC set a league record with 75 regular-season goals.

F – Enzo Martinez, Charlotte Independence: Martinez built on a stellar 2016 season with even bigger numbers, finishing tied for second in the league with 16 goals while adding five assists.