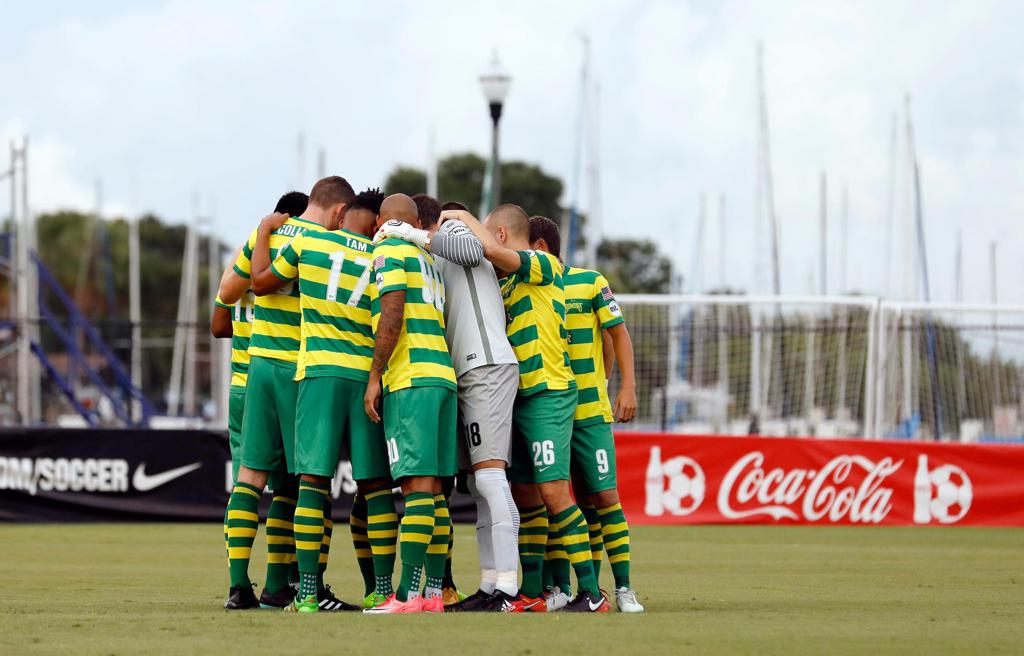 How to Watch
The match will be broadcast nationwide on thisTV Tampa Bay and online on the USL’s official YouTube channel here.

Parking
There are several options for parking at Al Lang Stadium and around downtown. Parking in Lot A, right in front of the stadium, costs $5. Lot A opens at 4 p.m. For more parking options, click here. Due to the match being on a business day, the parking lot may be more full than usual during business hours.

Rowdies Notes
Tampa Bay hosts the Pittsburgh Riverhounds hoping to extend their unbeaten run to four games. The Rowdies have been strong at home this season, posting a 7-2-1 (W-T-L) record at Al Lang. Tampa Bay is unbeaten in six matches at home.

The Rowdies entered the month of July 10 points behind the Charleston Battery at the top of the Eastern Conference Standings. That gap has been closed to five points entering this weekend.

This month, the Rowdies have tweaked things tactically, opting for a 4-3-3 formation rather than the 4-2-3-1 that had been deployed all season previously. The Rowdies are 2-1-1 in their new formation.

Tampa Bay forward Martin Paterson has scored in three straight matches, running his total to five goals in the USL this year and six in all competitions.

Rowdies center back Damion Lowe could be back in the Rowdies’ squad following Wednesday night’s Gold Cup Final. Lowe departed for international duty on July 2 and played every minute of the tournament for Jamaica, the eventual runners-up.

Tampa Bay midfielder Walter Restrepo made his debut last weekend, just two days after signing with the club on July 20. He played 13 minutes off the bench, replacing Martin Paterson and playing wide left.

Rowdies midfielder Alex Morrell was named to the USL Team of the Week for the second time in three weeks on Tuesday. He had an assist and provided the offensive spark in last week’s 2-0 win over the Charleston Battery.

Rowdies captain Joe Cole has been his usual influential self, scoring a goal last week to pull into a tie for the team lead in both goals (6) and assists (4).

Scouting Pittsburgh
Pittsburgh comes to St. Petersburg on short rest after playing at home Wednesday night, a 2-2 draw against the Charleston Battery. The point earned lifted the Riverhounds from 11th place in the Eastern  Conference to 10th place, just one point out of the current playoff field.

Former Rowdies forward Corey Hertzog leads the Riverhounds in scoring this season with seven goals, including one Wednesday night. Hertzog played for Tampa Bay in the 2014 and 2015 season, scoring four goals in 32 appearances.

Hertzog isn't the only former Rowdies player on the Riverhounds roster, though. Defenders Gale Agbossoumonde and Rich Balchan (both 2015 Rowdies) now play for Pittsburgh, though Balchan will miss this match with an injury.