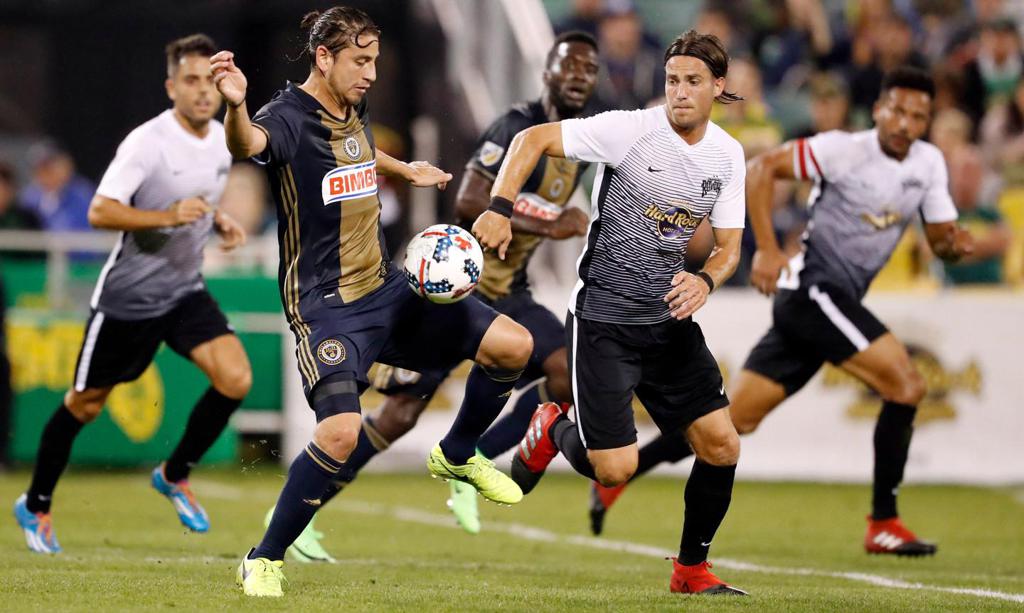 Both teams fielded strong sides to start the match, but the second half became a little choppy with mass substitutions as the clock ticked.

Union midfielder Derrick Jones scored the lone goal in the match, taking advantage of a 1-on-1 situation against a trialist goalkeeper for Tampa Bay with an easy finish.

“I thought it was a pretty even game, which is a great testament to our players playing against an MLS team,” Rowdies Head Coach Stuart Campbell said. “I was pretty happy with the first half and the second half was pretty even as well. We limited their chances and then just gave away a crazy goal.”

After an early save from Pickens, Tampa Bay settled into the match and creating its fair share of scoring opportunities.

In the 17th minute, Mkandawire sent in a cross from the left side that found the forehead of Collins, but the Scottish center back couldn’t quite rise high up to head it on target.

Three minutes later, Jones played a diagonal ball into space for Jones to race on to. After beating a defender and dribbling toward the box, Jones fired a low cross from near the byline that just missed Fernandes for a tap-in.

In the 22nd minute, Fernandes took a left-footed shot from the edge of the box that was saved at Philadelphia goalkeeper Andre Blake’s right-hand post.

The match would reach halftime without a goal before both teams started making plenty of substitutions.

“I liked quite a lot (about our performance),” Campbell said. “It was our first real preseason game and it was against a team that’s a couple of weeks ahead of and has played a few games already, as well. The more games we get, the more our players can develop relationships. I think you can see we’re going to be a real threat going forward with the speed we have out wide.”

Philadelphia’s decisive moment came in the 72nd minute when a poor defensive mistake sent the Union’s Derrick Jones in on goal with only Fitzgerald to beat. He calmly rounded the goalkeeper, who lost his footing in the process, to tap the ball into the net.

As the clock wound down, Tampa Bay’s Alex Morrell had a chance to tie the match, lobbing a ball that looked like it would duck just under the crossbar, but Blake intervened and palmed it to safety to seal the Union’s win.

The Rowdies will be back at it next Saturday, February 25 at Al Lang Stadium when they take on the Montreal Impact at 7:30 p.m. That match will be preceded by Toronto FC vs Chicago Fire at 3 and Philadelphia vs D.C. United at 5. Tickets start at just $15 and are available by calling (727) 222-2000 or by clicking here.