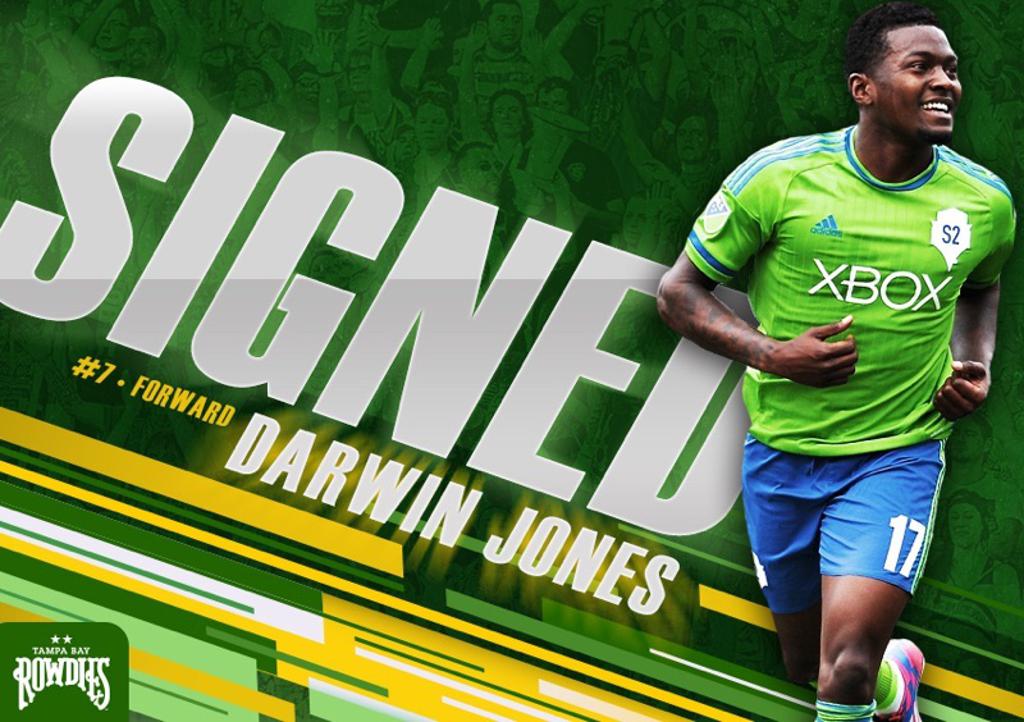 Jones becomes the third new player added to the roster this week, joining defender Damion Lowe and midfielder Leo Fernandes as the newest members of the Rowdies. All three new additions are aged 25 or younger.

“Darwin is an exciting young player who our fans will enjoy watching,” Rowdies Head Coach Stuart Campbell said. “He can play either as a withdrawn second striker or in the wide areas as a winger. He’s quick and decisive, bringing plenty of quality to our attack.”

Born in Chicago but raised in the Seattle area, Jones finished his college career at the University of Washington while simultaneously playing for the Seattle Sounders Under-23 team in the USL PDL.

In 2015, Jones turned professional and signed a homegrown contract with the Sounders. He made his pro debut in the USL for Seattle Sounders 2 in March. That season, he made 15 appearances and scored five goals for S2 and also appeared in nine MLS matches for the Sounders.

Jones spent the majority of last season with Sounders 2, playing in 19 matches and scoring seven goals. He also appeared in two MLS matches for the MLS Cup Champion Sounders.