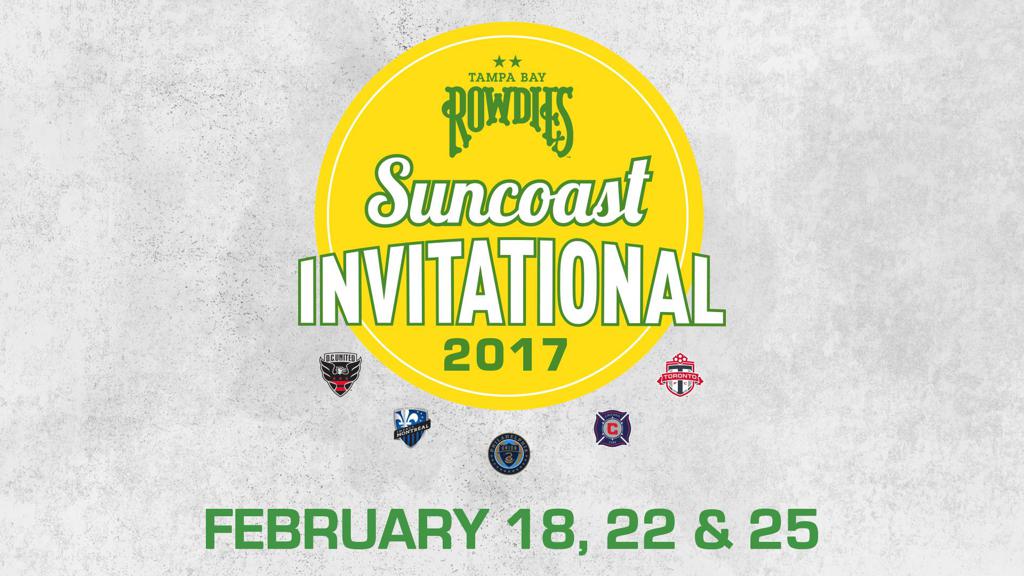 ST. PETERSBURG, Fla. (January 17, 2017) — The second annual Rowdies Suncoast Invitational is set to return to the sunshine of St. Petersburg this February, with five Major League Soccer clubs set to compete alongside the Tampa Bay Rowdies.

The tournament debuted last season to rave reviews from some of MLS’s biggest stars for the unique atmosphere and playing surface at the Rowdies’ home stadium.

Four of the five MLS teams in this year’s edition of the Rowdies Suncoast Invitational qualified for the 2016 Audi MLS Cup Playoffs, including the reigning Eastern Conference Champion Toronto FC and runner-up Montreal Impact.

Along with their participation in the Rowdies Suncoast Invitational, the Impact will have an extended visit to St. Petersburg for their preseason training camp. During their time in the Sunshine City, the Impact will call Al Lang Stadium home, using the field, locker room and gym facilities alongside the Rowdies.

Tickets range from $15 to $20 in the main stadium bowl to $30 for the Midfielder’s Club and Reserve sections. A ticket includes all matches on a specific day. 2017 Tampa Bay Rowdies season ticket members will receive a complimentary ticket to one of the two matchdays of their choice (2/18 or 2/25).

Tickets to the Rowdies Suncoast Invitational will be available at Ticketmaster.com and will go on sale at 12 P.M. on Thursday, January 19.

The best way to show that Tampa Bay is ready for a Major League Soccer franchise is to secure 2017 season tickets. For information on how to become a 2017 Season Ticket Member, call (727)222-2000 or click here.