Cole, Vingaard and Collins set to Return for 2017 Rowdies Season 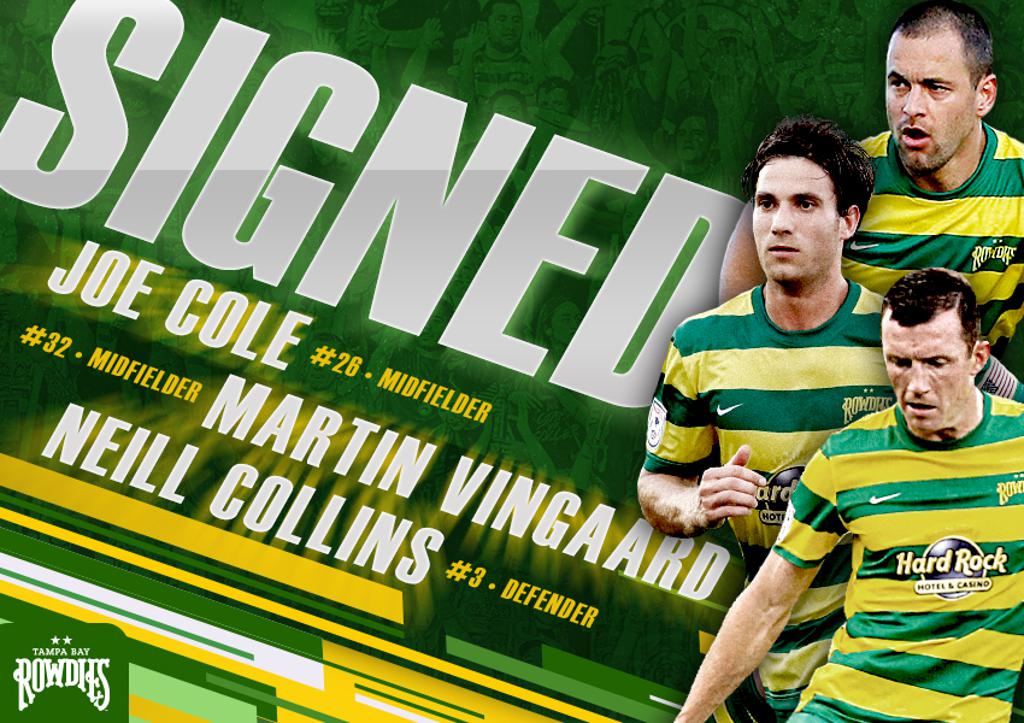 ST. PETERSBURG, Fla. (December 12, 2016) — The Tampa Bay Rowdies have officially confirmed three more members of the 2017 roster, which will make its debut in the United Soccer League, with Joe Cole, Martin Vingaard and Neill Collins all remaining under contract with the club, pending league and USSF approval. Per club and league policy, further contract details were not disclosed.

In the trio of Cole, Vingaard and Collins, the Rowdies bring back a core of experienced players and key contributors from the 2016 roster. Those three players combined for 63 appearances, despite Cole and Vingaard joining the team after the start of the season.

“We’re excited to continue on with these three players,” Rowdies Head Coach Stuart Campbell said. “No one can deny the impact they made on our team last year with their ability, their grittiness and their leadership. Joe, Neill and Martin will serve as a good backbone for our team in the season ahead.”

With Cole and Georgi Hristov, who the club announced will be returning for 2017 last week, the Rowdies head into next season with the core of their exciting attack in place. The duo of Hristov (11) and Cole (9) alone accounted for 20 goals last season, half of Tampa Bay’s season total of 40.

A former Chelsea FC and Liverpool FC midfielder and three-time World Cup participant, Cole made headlines around the world when he joined the Rowdies in the early part of last season, making his club debut on May 14. He made 24 league appearances, playing more than 2,000 minutes and proving himself a marquee player for the club. His nine goals and seven assists made him the Rowdies’ second-leading points scorer and ultimately earned him a spot in the league’s Best XI. His highlight reel bicycle kick goal earned the No. 1 spot on SportsCenter’s Top 10 countdown on July 16.

Vingaard will play his first full season for the Rowdies in 2017, having joined the club in July of last season. He made 17 appearances in the fall for Tampa Bay, including scoring a stunning 40-yard volley on the final day of the season.

Collins joined the club during its preseason exhibition tour of England from Sheffield United FC and fit in immediately. He made 22 appearances as a stalwart center back in 2016 and pitched in offensively as well, scoring once and providing two total assists. The big Scottish centerback quickly established himself as a fan favorite with his fiery temper and aggressive play.

The Tampa Bay Rowdies kick off their inaugural USL Season in March 2017 and they'll need your support to make it a memorable one. Secure season tickets before December 30 and save money on tickets. To purchase, call (727) 222-2000 or click here.