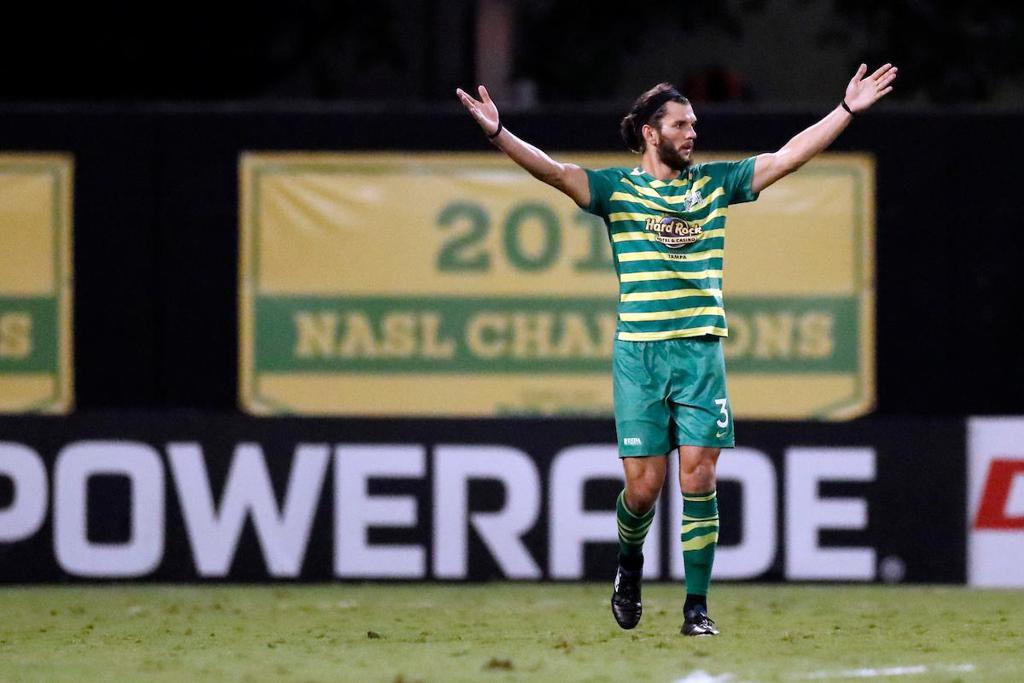 ST PETERSBURG, FL  (November, 26 2021) - Forrest Lasso’s reputation as one of the best in his field only continued to grow in 2021 with another stellar season and now the veteran center back has been rewarded for his efforts by being named USL Championship Defender of the Year.

This is Lasso’s second straight season picking up the league award and his second overall. He first won Defender of the Year in 2018 as a member of FC Cincinnati and has taken home two straight since joining the Rowdies for the 2020 season.

“My journey and everything I’ve been through to be a three-time Defender of the Year, it’s surreal,” Lasso said. “I honestly don’t have words to describe it. To be the Defender of the Year comes with having great guys around you. It doesn’t matter if it’s the goalkeeper, the outside backs, the center mids, guys on the reserves, it really doesn’t matter. To be able to win this award, I just have to thank everyone that helped me get here.”

The Rowdies knew they were adding a valuable player when they acquired Lasso, but the center back has even exceeded those expectations and continued to improve as a player over the last two seasons.

“Since 2018 there’s been a handful of things in my career individually that in a way forced me to refocus or humbled me,” said Lasso. “2019 was a pretty special year, but it allowed me to take a step back and re-motivate and re-commit myself to my craft. I think there’s a handful of things that – I mean, I’m by no means perfect now – but there’s parts of my game that I needed to perfect.

“With [Head Coach] Neill [Collins’] help, [assistant coaches] Kevin Foley and Chad Burt and the entire staff, [Rowdies President] Lee Cohen’s guidance, my teammates, they’ve really pushed me to be the best player and person I can be. Without them I definitely wouldn’t be standing here with this award, that’s for sure. I’ve got to give them a huge amount of thanks.”

Lass won aerial duels at a success rate of 73.3 percent while maintaining a duel success rate of 67.7 percent and recording 26 blocked shots as the Rowdies finished the regular season having allowed the fewest shots on goal.

“Forrest’s consistency is his greatest asset. His consistency as a person. He’s never too high, never too low,” said Rowdies Head Coach Neill Collins. “Awards like this are fantastic but they don’t affect him because he’s a team guy. He’s all about trying to achieve results for the team. But he should take a lot of credit for the individual accolades that he’s picked up because the consistency to stay fit and the consistency of his performances, but then just as good defenders do, he just gets better as he gets older because he’s able to read the game and then use some of his physical attributes to great effect. You see plenty of guys with the same physical attributes that can’t use them as effectively and that’s because Forrest is an intelligent player.”

The 2021 USL Championship Awards were voted on by team technical staffs and executives and a league-wide media panel that included representation from every USL Championship market. Voting was conducted following the conclusion of the 2021 Championship regular season.