Several Rowdies Up For USL End of the Year Award 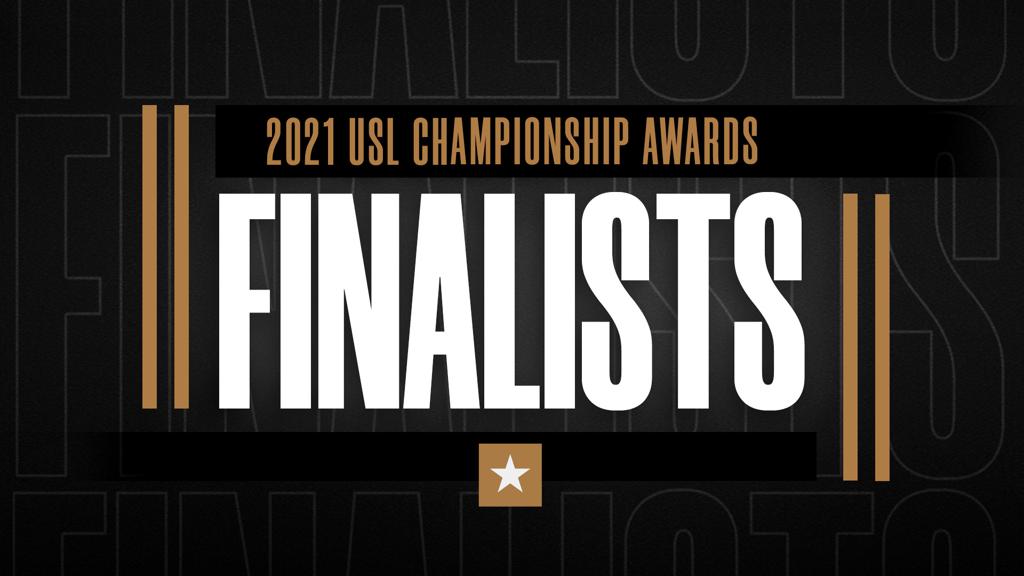 ST PETERSBURG, FL (November 23, 2021) - The USL Championship announced the finalists for the 2021 USL Championship Awards on Tuesday, with the top performers across five categories garnering recognition for their 2021 regular season. Award winners will be announced starting Friday, November 26 with Goalkeeper and Defender of the Year and culminating with Most Valuable Player on Wednesday, December 1.

The Rowdies are represented in four of the league’s end of the year awards categories. Two-Time USL Defender of the Year Forrest Lasso is up for the same award this year, Rowdies keeper Evan Louro is nominated for Goalkeeper of the Year after a standout year in net for, captain Sebastian Guenzatti is up for the league’s Most Valuable Player, and Neill Collins is in the running for Coach of the Year.

The 2021 USL Championship Awards were voted on by team management and a league-wide media panel that included representation from every USL market.

Neill Collins, Coach of the Year: After leading the Rowdies to their first silverware in the Championship a season ago, Collins helped lead the club to even greater heights this year as Tampa Bay finished with the best record in the regular season. The club’s 23 wins were one short of the league record, while the club’s 71 points ranked as the third-highest total in the Championship’s regular season. The Rowdies also set a league record with an 891-minute shutout streak and equaled the league record with 13 home wins in the regular season. Brendan Burke of Colorado Springs Switchbacks FC and Mark Lowry, formerly of El Paso Locomotive FC, are also nominated for Coach of the Year.

Evan Louro, Goalkeeper of the Year: In his second season in Tampa Bay, Louro recorded 14 shutouts in the regular season – second-most in league history in a campaign – and claimed the Championship Golden Glove with a 0.74 goals-against average. Louro was also in goal for the duration of the Rowdies’ league record 891-minute shutout streak during the middle of the campaign in which he tied an individual league record with eight consecutive shutouts. Birmingham Legion FC’s Matt Van Oekel and Hartford Athletic’s Jeff Caldwell are also nominated for Goalkeeper of the Year.

Forrest Lasso, Defender of the Year: The lone two-time Defender of the Year winner in the Championship’s history, Lasso had another standout season in the middle of the Rowdies’ defense. Lasso led the league with 153 clearances, won 180 duels at a success rate of 67.7 percent, and won a league-high 132 aerial duels at a 73.3 percent success rate. He also recorded one goal, one assist and 10 chances created as a major asset in attack on set pieces. Miami FC’s Paco Craig and Louisville City FC’s Jonathan Gomez are also up for Defender of the Year.

Sebastian Guenzatti, Most Valuable Player: The Rowdies’ captain had a career-best regular season with 21 goals and notched six assists to lead his side in both categories. Guenzatti led the league with 102 shots overall and 60 shots on target, and his willingness to act as the first line of defense also saw him record 24 interceptions defensively. As a result, Guenzatti recorded a league-high +10.86 Goals Added mark in the regular season as the Rowdies finished with the best record in the league. Colorado Springs Switchbacks FC and Phoenix Rising FC’s Santi Moar are also nominated for Most Valuable Player.