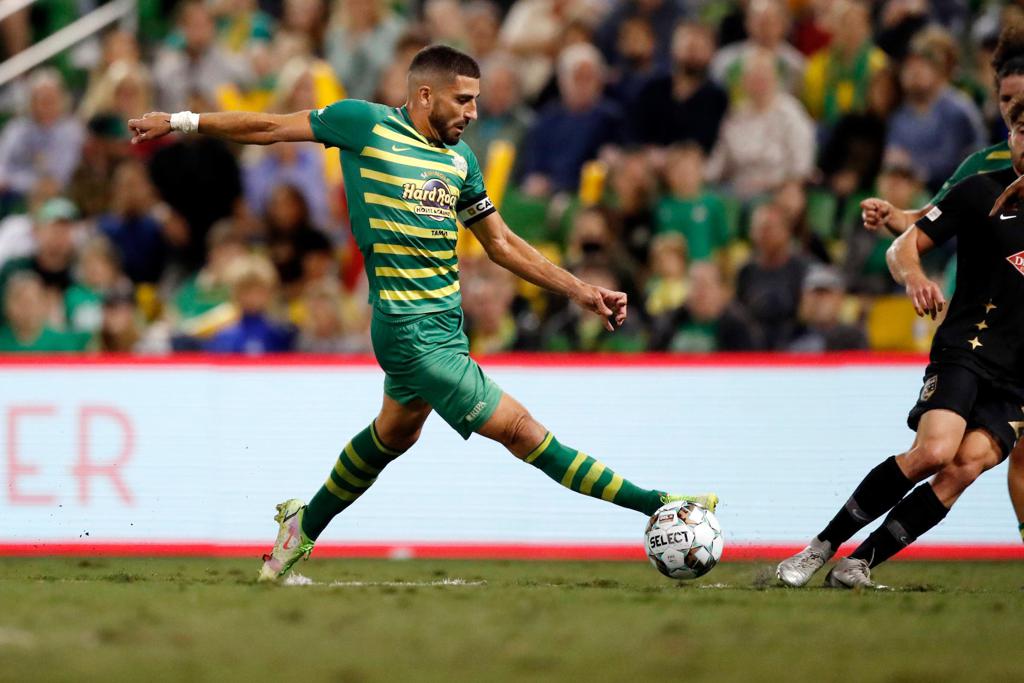 This is Lasso’s fifth straight selection to the All-League First Team, giving him the most individual First Team selection in league history. Lasso was the center anchor of an outstanding back line and led the league with 153 clearances and 132 aerial duels won. The center back finished the year with a 73.3 percent success rate in aerial duels, a 67.7 percent rate of duels won, and 26 blocked shots.

Louro was responsible for 14 of Tampa bay’s shutouts in the regular season, the second best tally for a goal in a season in league history. The Rowdies’ keeper also posted a goals against average of 0.74 through 31 regular season games to earn the USL Championship’s 2021 Golden Glove award.

This is Guenzatti’s first time earning a spot on the All-League First Team. He did so on the back of a career season in which he recorded 21 goals in the regular season, surpassing his own club record of 19 goals from the 2019 season. The Rowdies’ captain also played an integral role in the Rowdies aggressive line up top to limit the opposition from building out the back. Guenzatti notched 24 interceptions and led the entire league with a Goals Added mark of +10.86.

Aaron Guillen continued to provide a sturdy showing on the left side of the Rowdies’ three-man back line as he led the side with 59 interceptions while winning duels at a 69.3 percent success rate and aerial duels at a 78 percent success rate. The 28-year-old led Tampa Bay with 1,392 passes completed – fifth-most in the league – at an 83.5 percent accuracy rate.