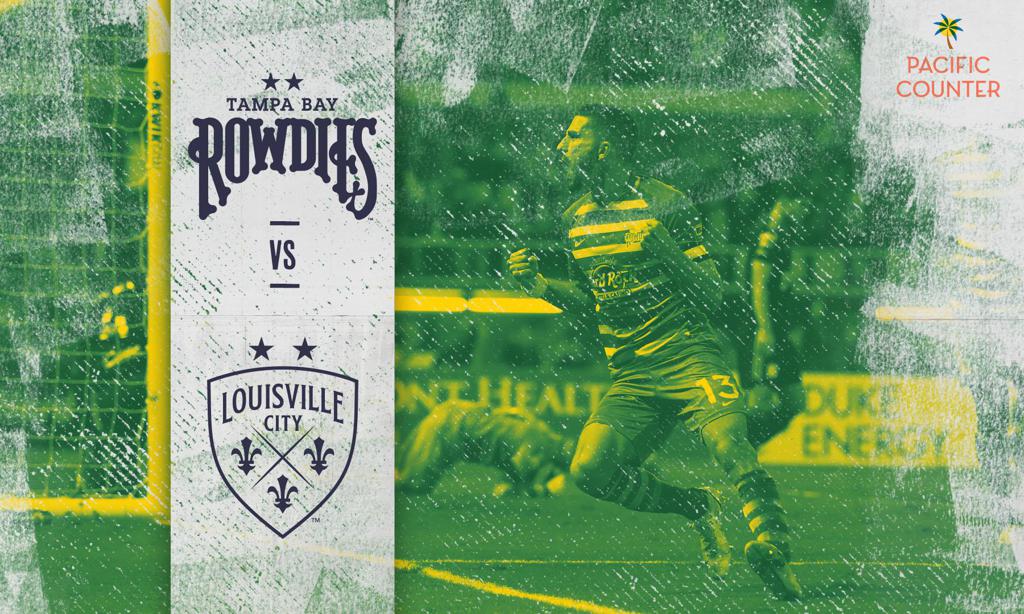 Tickets: Tickets for the match can be purchased here.

Gameday Special: Fans can enjoy $5 Bud Light beer from when gates open at 6:00pm all the way through the end of the match.

The road back to this position has been a long one for the Rowdies to trek after last year’s championship final was canceled due to the pandemic. It has taken great resolve to not only make it back to the conference final, but to do so with home field advantage as the league’s top overall seed.

“From day one we all discussed the fact that there’s gonna be a lot of talk about last year’s final being canceled and we all want to put it right,” said Rowdies Head Coach Neill Collins. “Well, the reminder at the start of this year was what it took us to get there the last time was from day one in preseason… The only way we were going to get back there was by doing it again. The players answered those questions by the points tally they got and giving us those games at home. Now we're on the last leg, as you call it. We just need to get the last part achieved to really put that to bed. The players have taken care of that and focused on the task at hand really well.”

Tampa Bay enters Saturday’s match on the back of 1-0 victory over Birmingham Legion FC, while Louisville has advanced so far with a pair of 1-0 wins over Miami FC and Charlotte FC at home. Louisville’s defense will be put to the test by the Rowdies, led by forward and captain Sebastian Guenzatti. The veteran Rowdies striker has notched 22 goals so far this year and is averaging a tally every 122.1 minutes. With 58 total goals for Tampa Bay, Guenzatti is also just 3 goals aways from becoming the club’s all-time scoring record. Georgi Hristov sits first with 60 goals.

“I know (the record) is there but I try not to think about it,” said Guenzatti. “I take it every game at a time, every training at a time, I try to score as much as I can in training and as much as I can in the game. So if it comes, it comes. If doesn’t, I gotta stay calm and focused so that we’re on the right track to get the championship. That’s what I want at the end of the day, to win the championship. That’s a lot more meaningful than my personal records.”

With just two more wins, Guenzatti can cap off a career year by bringing a title to Tampa Bay.

“It’s huge. For the guys, for the club, for the fans, for everybody involved that have been working so hard throughout the pandemic and everything that happened last year. It was kind of out of our hands at the end so we couldn’t really do much. Now we get a chance to come home and play the Eastern Conference final at home and try to go for the whole thing. It’s unbelievable. It’s a dream come true for everybody.”

Stick With What Got You There

A strength for both the Rowdies and Louisville has been their consistency on the roster and in performances on the field. After the successes of both teams in the first two rounds of the playoffs, don’t expect to see many changes on either side.

“When you’ve got two teams that have won their previous two playoff games, you’re going to see a lot of similar personnel,” said Collins. “You’re probably gonna see a lot of similar tactics because both teams will be feeling pretty good about how they’re doing. A big thing for me, and I hate to give you a cliche, but just getting better at the things we do well. We’re gonna need to do the things we do well consistently and under a little bit more pressure. That’s what we’re focusing on.”

For Collins, the focus remains on replicating the kind of performance the Rowdies produced in Louisville for last year’s conference final. On that night, the Rowdies managed to dictate the game from the start and never let up throughout despite being the away side.

“I just think it’s important from our point of view that we go out and play our way and really enforce our way of playing,” he said. “If we do that and it’s not enough, that says a lot about Louisville. The concern of a coach in these games is going out and doing something different. Don’t try and feel the need to do something special in the bigger games, if that’s what you want to call them. Being able to do the same things you’ve done all year, that’s what’s special.”

While the Rowdies were able to throw Louisville for a loop with a goal in the opening minutes in last year’s conference final, they then followed that with a stellar defensive effort to hold Louisville’s potent attack to little to no chances the rest of the night.

The Rowdies will aim to repeat that kind of stout showing this Saturday, with the confidence this year of having the best defensive record of any team in the league with 16 shutouts. While Louisville comes in having notched 61 goals, the second best tally in the USL this season.

“Obviously they have some good individuals but they’re good collectively as well,” said Collins. We’re gonna have to be at our very best. We’ve proved we have the best defense in the league and we’re going to have to prove as a team against the ball that we really are the best by being really organized, disciplined, aggressive. If we do that part well, I always feel our attacking part follows.”