Dos Santos Named to USL Team of the Week 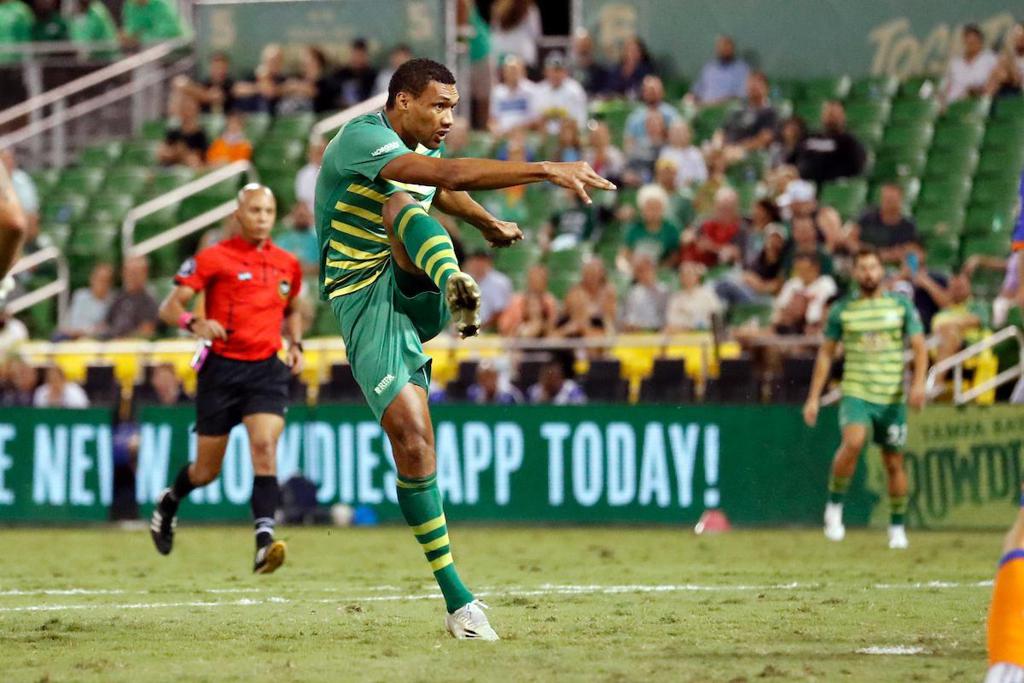 ST PETERSBURG, FL (November 2, 2021) - Tampa Bay Rowdies forward Steevan Dos Santos has been named to the USL Championship Team of the Week for his two-goal performance to lift the Rowdies to a 2-1 victory over Las Vegas Lights FC in the final week of the regular season.

This is Dos Santos’ third time earning the league-wide honor this season and his first selection since returning from a broken bone in his foot that sidelined him for most of the summer. The Cape Verde attacker also recorded Tampa Bay’s winner in the previous match at Loudoun United FC. He appears to have found his stride heading into the playoffs, finding the back of the net five times in October.

“I think Steevan’s goals per game will be pretty good considering how much time he missed,” said Rowdies Head Coach Neill Collins. “It's nice to see him score. We could have scored more tonight, but it's always great to see your strikers score. I always like to have the strikers scoring because I think that gives the team more confidence.”

In Las Vegas, Dos Santos took advantage of a chance in each half to ensure the Rowdies came home with all three points and the best record in the regular season. When a long ball over in the final third slipped between Sebastian Guenzatti and the keeper at the top of the box, Dos Santos in the middle of the box to clean up. Las Vegas equalized later on in the first half, but Dos Santos managed to put the Rowdies ahead again in the 61st minute when he received a pass from Laurence Wyke in the box, quickly turned and fired into the bottom left corner.

This Saturday, November 6, Dos Santos and the Rowdies face FC Tulsa in the Eastern Conference Quarterfinal round of the USL Championship Playoffs, presented by TwinSpires. As the number one overall seed in the playoffs, the Rowdies hold home field advantage over every other potential playoff opponent.