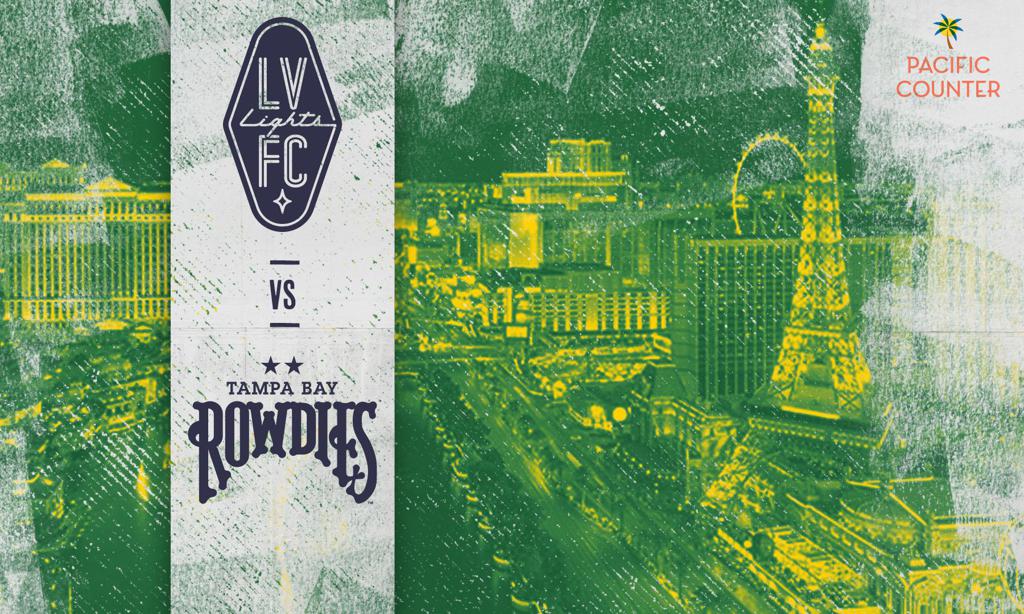 Watch: The match can be stream on ESPN+ here.

The Tampa Bay Rowdies head west for the first time in the Neill Collins era this Saturday as they travel to face the Pacific Division's Las Vegas Lights FC at Cashman Field. This will be the first meeting between the Rowdies and Las Vegas, who joined the USL Championship in 2018.

Having to fly across a few time zones is not the most ideal way to end your regular season when you have a playoff match the next weekend to prepare for. To make the adjustment, the Rowdies departed Tampa Bay a day earlier than they typically do for road trips. The team arrived in Las Vegas on Thursday, giving them all of Friday to adjust to the time change. Saturday will be another good road test for the Rowdies, who have a chance at finishing with the best road record in club history if they can claim a win at Last Vegas. Heading into the weekend, the Rowdies have a road record of 8W-5L-1D.

The Rowdies a win or a draw away from claiming the USL Championship's top overall seed as the team with the best record in the regular season. With that achievement under their belt, the Rowdies would guarantee home field advantage over any opponent they come up against in the playoffs.

A loss or draw for Phoenix Rising FC would also lock up the top spot for the Rowdies, regardless of how they finish in Las Vegas. However, the Rowdies want to be in a position where they are ending the regular season on a high note.

"We want to win," said Rowdies Head Coach Neill Collins. "We want to give ourselves the best possible chance moving forward. So no question we’ll want to get the points to do that. I think that would be a great achievement for the club. But by the same token, we’ve shown in the past that no matter what seed you are, you can go and do well in the playoffs. Whatever happens on Saturday, the next week will be a challenge, but it would definitely be a great achievement for the club to win the number one seed."

Las Vegas sits last in the Pacific Division, but the team's attacking style poses a threat to any team coming into Cashman Field. Cal Jennings, a loanee from Major League Soccer's Los Angeles FC, leads the club in both goals and assists. The 24-year-old strikers heads into the finale with 11 goals and 5 assists.

"Certainly their home form is much stronger than their road form," said Collins. "So coming here straight away is a tough challenge. They’re a real attacking side with attacking players that play with no fear. They’ve scored a decent amount of goals and that’s certainly a challenge when you come against an attacking team like that at their home ground."

In their last two outings, the Rowdies made several key rotations to the squad in order to rest certain players and give others an opportunity at minutes. The Rowdies were nearing the end of a busy stretch of five straight matches without getting a full week's rest. Now that the team has finally gotten a full week to prepare for Las Vegas, Collins has the choice of continuing to rest players or start regulars in order to ensure they have some momentum going into the playoffs.

"Players have stepped up and done well," said Collins. "Other players had the opportunity that I feel needed the rest. Now we’ve got almost a full squad to choose from and we’ll pick the squad with the best chance to win on Saturday, but then what’s also going to give us the best chance to win in the playoffs. Hopefully the benefits of this stretch will show at the end of the year if the boys look fresh and ready to go in the playoffs."

Hristov and history within Seba's Sights

After beating his own single-season scoring record to bring his total on the year to 21 goals, Sebastian Guenzatti has another milestone in his sights. Next up is Georgi Hristov's all-time Rowdies scoring record of 60 goals. With Guenzatti currently at 57 goals for the Rowdies, a deep playoff run this year could be enough to lift him past Hristov and cement his place in Rowdies history. The fact that Las Vegas has allowed a league-worst 75 goals this seasons also suggest Saturday is a good chance for Guenzatti to add to his total.

This week the Rowdies learned their opponent for the Eastern Conference Quarterfinal at Al Lang on November 6 will be FC Tulsa, who locked up the fourth seed in the Central Division.

"I think it says a lot about the league that that’s the first matchup confirmed with all the clubs having just one match to play," said Collins. "It shows you how tight the divisions are and what there is to play for. The fact that it's Tulsa, someone that we’ve not played, probably makes it more interesting for everyone at both clubs. They’ve had some fantastic runs this season, so they’ll be a tough team. But right now we’re not thinking about them because on Saturday we have another team we haven’t played before.