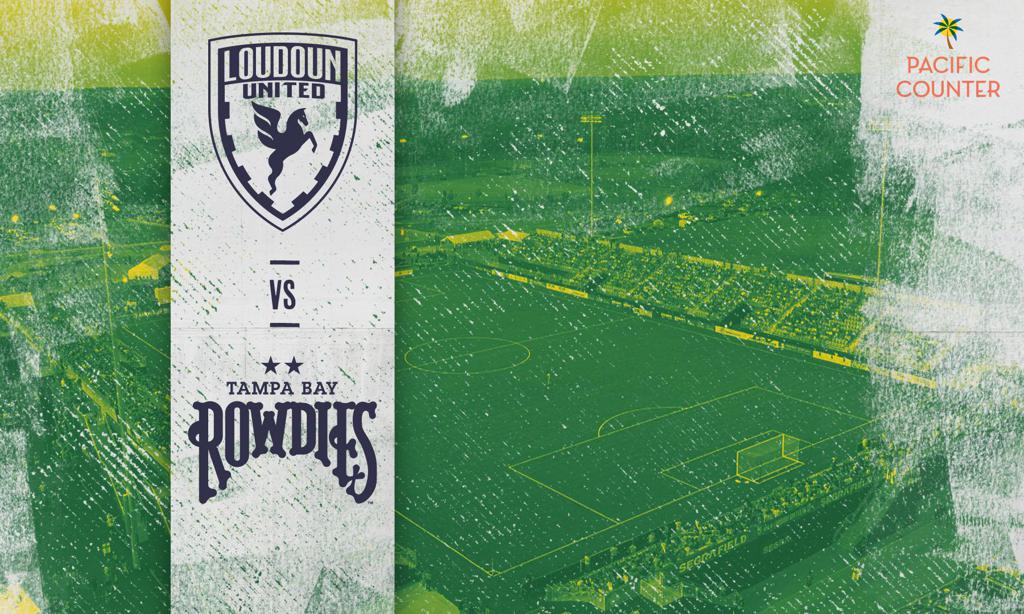 After beating Miami FC at Al Lang Stadium on Wednesday night to lock up the top seed in the USL Championship's Eastern Conference, the Tampa Bay Rowdies are quickly on to a Saturday matchup at Loudoun United FC. Loudoun sit last in the Atlantic Division standings and have been eliminated from the playoff race for weeks already, but that doesn't mean they be a pushover. Playoff-bound Miami went to Loudoun expecting 3 points and came away with nothing in a shocking loss.

So far this season the Rowdies have posted 3 wins in the season series with Loudoun, outscoring them 7 to 2. As last week's 1-1 draw at home against 7th place New York Red Bulls II showed, though, completing a season sweep and beating any team 4 times in a season is a tall task.

Hristov and History within Seba's Reach

Sebastian Guenzatti impressive run of form in front of goal continued against Miami, as he recorded a two-goal night for the 5th time this season and eclipsed his own Rowdies single-season scoring record by bringing his total up to 21 on the year.

After beating his own record, the next milestone in Guenzatti's sight is Georgi Hristov's all-time Rowdies scoring record of 60 goals. Wednesday's performance puts Guenzatti at 57 total goals for Tampa Bay. With his current pace, it feels more a matter of when rather than if Guenzatti will catch and surpass Hristov. On paper, Tampa Bay's next two matchups seem to be promising opportunities for Guenzatti to add to his total. Loudoun is second in goals conceded this year at 72 goals against, while next week's regular season finale opponent Las Vegas Lights FC has allowed the most at 73.

Thanks to the win over Miami, the Rowdies remain in control of the race to claim the league's top overall seed in the postseason. Should they win their final two matches and Phoenix Rising do the same, the Rowdies would edge Phoenix out based on the head-to-head tiebreaker from their win when the two sides met in May.

On paper, Miami was the Rowdies' toughest opponent left when the week started. Even with that in mind, Rowdies Head Coach Neill Collins made several key changes to the starting lineup and still came away with a win. Max Lachowecki and Dayonn Harris got starting nods out on the left and right wing respectively. Conner Antley filled in for Jordan Scarlett on the back line, giving Jamaican defender a well-deserved rest. Midfielder Lewis Hilton also got a reprieve, as Jordan Doherty slotted into the center of the field next to Laurence Wyke. Even keeper Evan Louro got his first night of since he joined the team last year, as Raiko Arozarena stepped in for his first minutes of the season.

Collins will likely continue to rotate the squad over the next two games and he tries to ensure players are fresh and ready to go come November 6 when the Rowdies host the Eastern Conference Quarterfinal at Al Lang Stadium. Fans may even be in store to see attacking midfielder Luiz Fernando for the first time in 2021. Fernando has finally been cleared to play after missing all year due to injury.

"The short-term goal was to beat Miami, but we didn't want to do it at the expense of the long term goal," said Collins. That's why we had to give some of those players a rest. It's not uncommon. A lot of teams have done it through certain points. We just had a rythym where I didn't feel it was necessary to make changes, but after the last couple of games I felt it was the right time to make a couple of changes. That's what we have a squad for and that's why we believe in those guys."

As it stands, center back Aaron Guillen is the only player on the roster to have played every possible minute so far. However, even Guillen could be in line for rest in the next couple matches.
"Like everything, we'll assess the last match, see how everyone is, assess the opposition and then make decisions," said Collins. "We need to look at guys like Aaron Guillen, Forrest Lasso, Sebastian Guenzatti, all these guys that have played a lot and do what's best for the team."

Wednesday's match was the first time since the end of 2019 that the Rowdies had someone in net other Evan Louro. The fact that Collins felt comfortable enough to give Raiko Arozarena a start against a Miami attack that has caused the Rowdies and other teams fits in the past shows how much confidence the Rowdies coach has in the keeper. It ended up being a comfortable night for him as the Rowdies prevented Miami from getting a single shot on goal.

"Raiko will be the first to admit the guys in front of him gave him a pretty comfortable debut," said Collins. "He's definitely got some attributes we feel good about. It's a credit to Evan, he's done just so well, that we've not felt it was the right time to make a change. Tonight it came for Raiko and I'm pleased the team helped him and he helped the team as well. He's got a lot of talent and I think he'll be pleased he had a relatively comfortable night. What he had to do he did well. Evan's had some of those nights as well and it's just important you keep your concentration when you're called upon and that your distribution's good and you sweep up well. Raiko did that."