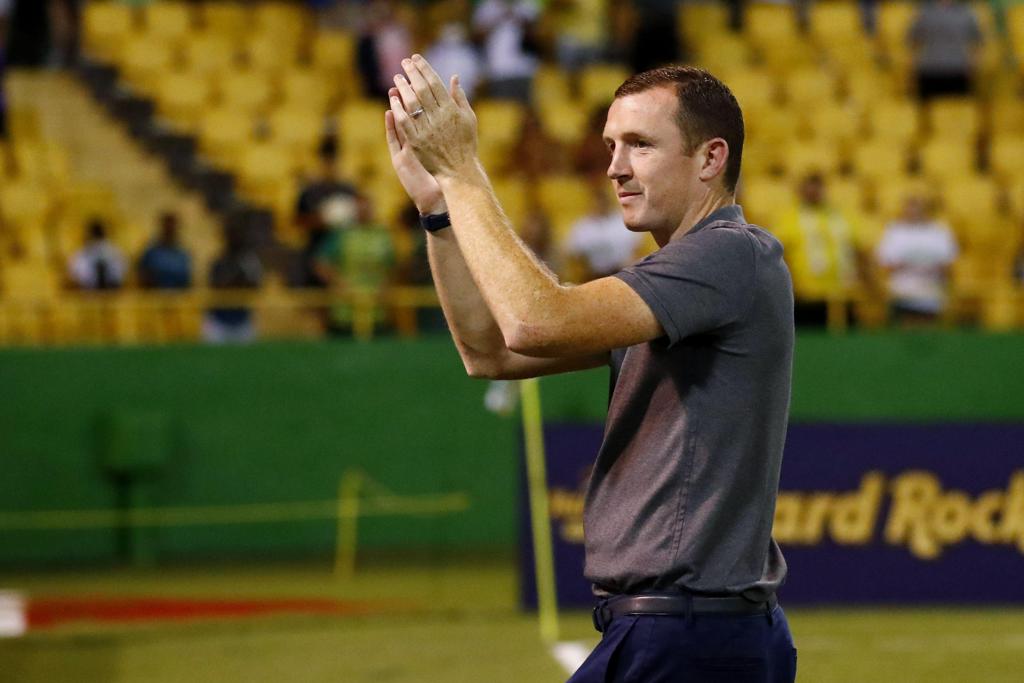 ST PETERSBURG, Fla (October 13, 2021) - The Tampa Bay Rowdies’ Neill Collins has been named the USL Championship’s Coach of the Month for the second time this season. Collins took home the honor for the month of September after leading the Rowdies to five wins in five matches as the club also established a new league record of 891 consecutive minutes without conceding a goal.

Seeing his side string together such an historic stretch without allowing a goal on top of completing a perfect month of results was a joy for Collins, a former center back.

“You take pride in taking clean sheets,” said Collins. “It’s just a byproduct of good performances from top of the field to the back of the field. It all came together. You know you need a break here or there when you go on a run like that, but I thought the players earned the breaks in terms of throwing their bodies in front of things, as they always do, and the strikers working hard to press teams.

“Everything came together well for that period. It was all the hard work the players put in, not just for the season, but over the last 18 months and that consistency in coming together.”

The Rowdies locked up their third straight postseason berth under Collins last week and then clinched the Atlantic Division this past Sunday. They now need seven points in their final four matches in order to lock up the top seed in the Eastern Conference, having already set a new club single-season record of 61 points with a league-high 20 victories. They also remain in the hunt for the overall seed across the league, battling Phoenix Rising FC and El Paso Locomotive FC out of the Western Conference.

After going on the road in last year’s Eastern Conference championship match against Louisville City FC, Collins and the Rowdies are eager to take the maximum point in their final matches to get as many postseason games at Al Lang Stadium as possible.

“First you need to qualify for the playoffs and then you need to finish as high as you possibly can,” said Collins. “Then you’re looking at getting as many points. That’s our aim now is to try and have as many home games as we can. We know that when the playoffs start, you need to win the first one. It’s fine having home advantage, but then you’ve got to win to have home advantage. All we can control is winning as many points, starting with Red Bull II on Friday.

“By the end, if we keep taking it one game at a time, winning as many games as we can, then we’ll give ourselves the best chance. We found out last year that wherever you play, you have to win the playoff games.”

The Rowdies’ next match is this Friday at Al Lang Stadium against New York Red Bulls II. Tickets for the match can be purchased here.