Rowdies Can Lock Up Postseason Spot in Charleston 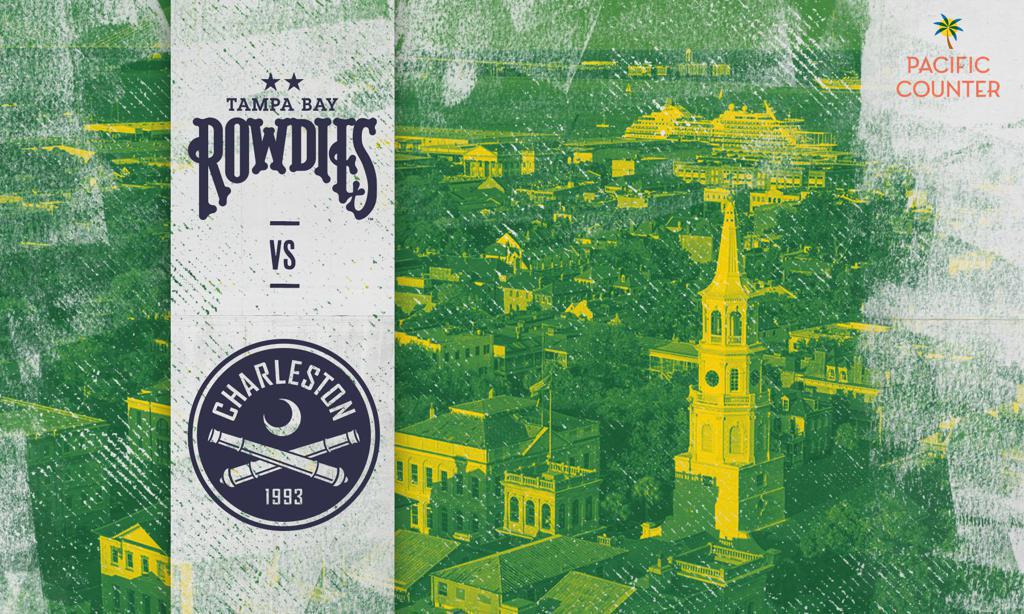 The Tampa Bay Rowdies head to South Carolina this Saturday night for their third meeting of the season with the Charleston Battery. So far in 2021, the Rowdies have claimed victory in each of their two prior meetings, but only by 1-0 margins each time. Both sides finished the last match against each other on September 7 down a man after red cards were shown to Tampa Bay's Conner Antley and Charleston's Leland Archer in the final 10 minutes.

Rowdies midfielder Lewis Hilton scored the winner in that last match, burying a shot from the top of the box after forward Steevan Dos Santos picked him out with a pass. Hilton expects to face another tough battle against Charleston now that their hopes of a postseason berth are slipping away quickly.

"The way the game finished on the last road trip, that will definitely help their motivation," said Hilton. "We know that they’re fighting for their lives in the league as well. We’re fully prepared that they’re going to come at us and be desperate to beat us, but we’re desperate to win every game. We’ll be prepared. Obviously they’re a good team. They’ve got a lot of really good players... We're definitely looking forward to it. We’re definitely fully aware how the last game went and we know they’re going to be up for it and so will we."

While 5th-place Charleston are in desperate need of a win to stay in the hunt for a playoff berth, the 1st-place Rowdies can lock theirs up with a win or a draw this weekend. However, the larger goal for Rowdies Head Coach Neill Collins remains securing the Atlantic Division crown and the top spot across the entire league. The Rowdies got a boost in their quest for the latter of the two this Wednesday when the front-runners in the Western Conference Phoenix Rising FC fell to LA Galaxy II 3-0.

"When you look at targets about where we want to take the Tampa Bay Rowdies to, I think home field advantage is one of the objectives," said Collins. "But it's not just to have home field advantage, but to be the first seed across the whole league. That’s a huge feather in our cap and one that we’re working towards. Any team that plays at home plays at an advantage, using your home fans and your home field, but it’s certainly nothing more than an advantage. It’s not a clear road through. We were able to go on the road and win in the playoffs last year. I’m sure teams will feel the same. But first thing’s first, we just want to keep adding those points up to be in the playoffs and try and get that first spot in our own division."

Pushing Through On the Road

This weekend's trip to Charleston will close out a three-match road swing for the Rowdies, who will be happy to be back home at Al Lang Stadium next Thursday to close out their regular season series with Charleston. So far, the Rowdies have taken care of business with 6 points from their first two road matches. Overall in 2021, the Rowdies have been solid away from home, posting a 7W-4L-1D record with 4 more road contests left on the schedule.

The Rowdies road resilience was pushed to the limit this past week when flight delays meant they weren't unable to arrive at their hotel in Hartford until 5am the morning of the match against Hartford Athletic. Despite the obstacles, the Rowdies were able to claim all 3 points that night.

"We kind of saw (the delays) as an opportunity," said Hilton. "Obviously it wasn’t ideal preparation, but we saw it as an opportunity that we can go and show we can still beat teams when things don’t go our way. We didn’t use it as an excuse that we weren’t going to perform and we went about it in the right manner. I think if anything it helped in motivation."

Consistency in Everything is Key

The Rowdies have found a groove in the last two months as they have gone unbeaten in their last 10, winning 9 of those contests. This run has allowed them to jump into the driver's seat for both the top spot in their division and for the top overall seed.

"We haven’t looked at a certain stretch of games thinking we need to get a certain amount of points or anything like that," said Hilton. "We just prepare every game individually and we’ve been really consistent with the staff having us well prepared on what the opposition are going to do, and where the spaces are going to be, and how we’re going to defend against the opposition. I think we’ve been really consistent in our preparation."

For Collins, his biggest frustration over the last two months is having to leave some players out as the team has found such a high level of form.

"I have to say, when you’re heading into games as a coach you’re always trying to look for signs. The signs in training have always been really positive," said Collins. "The training sessions have been good and I’m a big believer that when you’re doing that, take it into the games, and the players have been doing that. We know there’s always bumps in the road. Again, those are the things the players take the credit for, to always take the opportunity and always see the positive, because that’s what always sets you apart. We’re going to have different challenges from now until the end of the season. I’m sure we’ll have a selection of headaches, but it’s been great to see the players reaching the performance level that they have."