Rowdies Reflections: A Perfect September Has Rowdies Ahead of the Pack 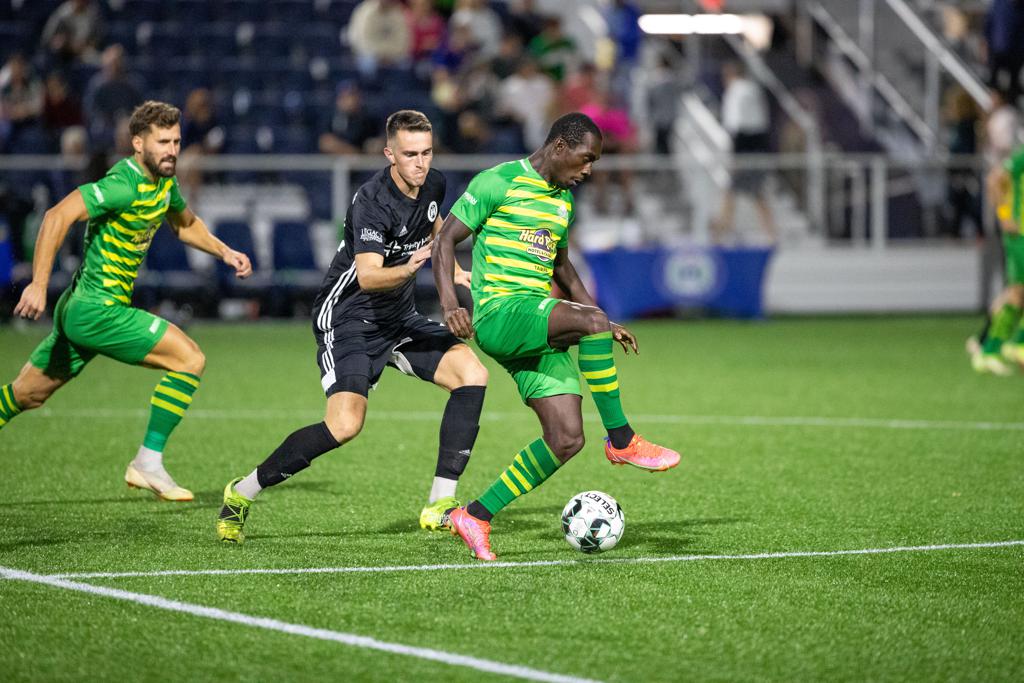 The Tampa Bay Rowdies departed Tampa International Airport at 1:30am on Saturday morning and didn’t arrive at their hotel in Connecticut until 5:00am. They then had to battle Hartford Athletic for 3 points that evening. Obviously these are not the most ideal circumstances to perform at your peak level, but sometimes in American soccer you are at the mercy of forces outside your control on road trips.

All in all, the Rowdies handled the challenge well and were able to jump out to a two-goal lead in the first half and then ride out the match to a 2-1 victory.

“I think it’s just a measure of the players that they were able to focus on the 90 minutes,” said Rowdies Head Coach Neill Collins. “Their fitness levels and their concentration levels were fantastic. Every time you ask them for a bit more, they give it. The fans should be proud of them.”

Their latest win on Saturday extended the Rowdies’ winning streak to 7 straight matches while also stretching their unbeaten run to 10 matches overall. Additionally, the Rowdies’ win in Hartford closed out a perfect September for the club, posting 5 wins out of 5 matches. It’s the second straight month without a loss for the Rowdies, as well as the second time this season the club has finished a month with a perfect record. They also won all of their outings to start the season back in May.

The Rowdies red-hot run through August and September has placed them on a strong platform for the final month of the regular season in October. With two matches in hand and a 7-point lead on second-place Pittsburgh Riverhounds SC, as well as a 10-point lead on  third-place Miami FC, the Rowdies have their sights set on clinching the top spot in the Atlantic Division over the next few weeks.

“I think this run has been vital,” said Collins. “You’ve seen Pittsburgh and Miami have pushed us to greater heights because they have been really, really good. I think our players have found an extra gear that has got us a little gap. We needed to do this. This is what top teams do. We want to consider ourselves a top team. We know we don’t win anything right now, but what we do is try to put ourselves in the best possible situation to try and win something later on. This run has been really important, not just for the points, but also the confidence. We hope that we can just keep building on it.”

A Streak to Remember
The one sour note to the Rowdies trip up to Hartford was the club’s record-setting shutout streak coming to a close deep into second-half stoppage time. Tampa Bay was moments away from closing out their 9th straight clean sheet, but they’ll have to settle for an historic streak of 891 minutes without allowing an opponent to score.

Hartford’s last-second tally demonstrates just how special this streak was for the Rowdies. At any moment, the bounce can go against you and you can find the ball in the back of your net.

“Those guys in there are disappointed about losing that goal because they know they could have prevented it,” said Collins. “It’s the standard they’ve set. Hartford really asked a lot of questions and were unfortunate not to get a goal earlier. When you get that close, you really want that clean sheet, but the most important thing is the three points. I think they’re already thinking let’s go on the next streak. It’s great we were able to achieve that record and know we’re on to what the next record might be.”

Collins is now in the unique position of having coached a team to a 8-match scoreless streak and also played on a team that did the same. While at Sheffield United in 2014, Collins and current Manchester United center back Harry Maguire helped the club go 8 matches without conceding in League One.

No one expected Sheffield United to go on that run back then, but Collins sees this run from the Rowdies as them finally achieving what they’ve been close to for the last few seasons.

“When I had that streak as a player, we were at the lowest, lowest ebb as a team. It came completely out of the blue,” said Collins. “I would say with this streak, it’s always been bubbling under the surface, the potential to do that. If you look at us the last two or three years, we’ve always had the potential to do that. The players have obviously performed to that level, but also maybe just a couple other things have gone for us. Coaching this team and watching this team, this one was easier to believe. The other one was just a string of events that came together. I think with this one, the players have been building on this over the last 30 or 40 games and it’s something we want to learn from. That one goal is something we’ll learn from.”

Seba’s Streak Continues
A month or so ago, it looked as if Sebastian Guenzatti was going to have another solid season of productivity for the Green and Gold. After his last three matches, though, Guenzatti is flirting with making more Rowdies history. The Rowdies captain has raised his total on the season to 16 goals after notching 6 goals in his last three shifts on the field. He now just needs 4 more to best his own Rowdies record for most goals in a single season. If Guenzatti can come close to maintaining his stellar pace of the last few weeks, he also has a shot at the Rowdies overall scoring record. With 52 Rowdies goals under his belt, he still must catch and surpass Derek Smethurst (57) and Georgi Hristov (60).