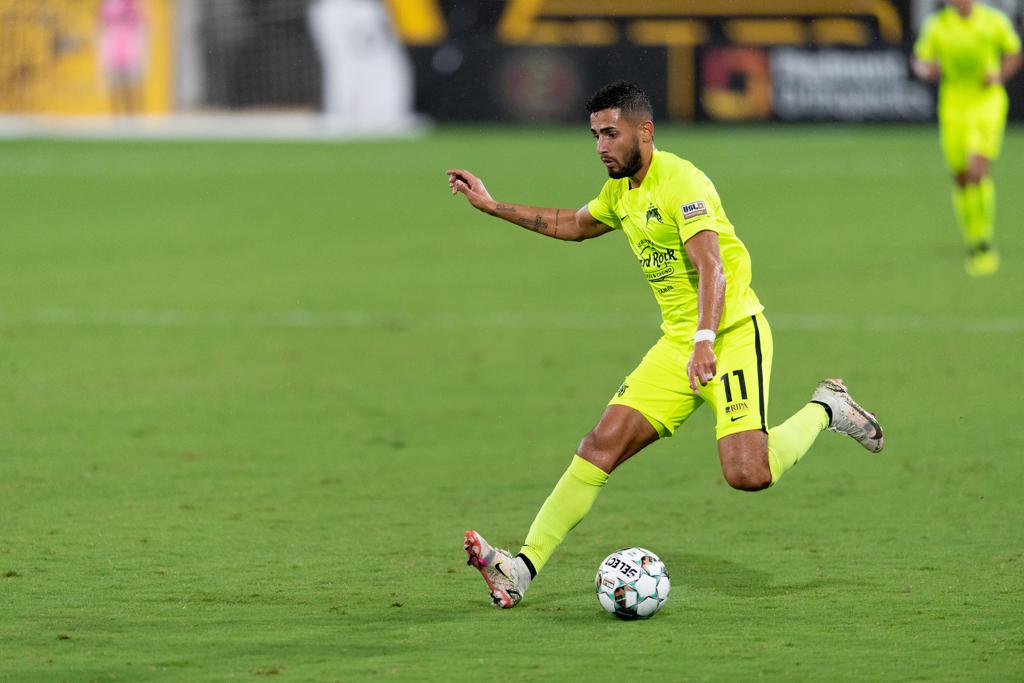 No matter how the 2021 season ultimately ends, this year's Tampa Bay Rowdies have already achieved something truly special.

On Saturday night, the Rowdies posted their 8th straight shutout to extend their streak without conceding a goal to a record-breaking 801 minutes, besting the previous USL Championship record of 759 minutes posted by Rio Grande Valley FC in 2016.

Rowdies keeper Evan Louro was asked to make two saves on Saturday at Atlanta United 2 and he did just that. But the usual collective effort across the entire team was also on display in order for the Rowdies to protect the clean sheet and etch their place in history. The collective defense played by the Rowdies is best evidenced by the fact that the club has allowed just 15 shots on goal during their current shutout streak for an average of 1.87 shots on goal per match.

There wasn’t much time to celebrate the moment as the Rowdies pushed past the shutout record in the 50th minute. The focus for Rowdies Head Coach Neill Collins and his players, as always, remained on the final result and ensuring they came away with all 3 points.

“(The record) wasn’t too much of a thought, really,” said Collins. “I think Evan made a great save in the first half, which was obviously very important, but the team this week, I never got the sense that the record was something that was important or talked about. Everything was just about us doing what we’ve done all along. That’s what we’ve been like all season. Of course we enjoy clean sheets, but we’re really focused on the things we do to get them. The boys did a fantastic job of that all week and then took it out there tonight. They deserve the plaudits for achieving that record.”

By virtue of their remarkable run over the last two months, the Rowdies sit 5 points clear at the top of the Atlantic Division standings. With a little over a month left in the regular season, maintaining their amazing run of form will be key to setting the Rowdies up for success in a potential postseason run.

“The players continue to impress me every week," said Collins. "Human beings have ups and downs. Every week you come in trying to guard against complacency, but I’ve not had one real thought that complacency has been setting in. “These guys have managed that well themselves. It’s been a great run. A lot of great performances as well, I think that’s the main thing. Some really good performances. Keep maintaining those performances. The results might not always be there, but if we focus on the performances I know they’ll always come back around.”

Seba’s Legend
The legend of Sebastian Guenzatti in the Green & Gold continued to grow on Saturday, with the Rowdies captain netting his 49th and 50th goals for the club.

Guenzatti entered the match even at 48 goals with another Rowdies legend Rodndey Marsh. That tie did not last long, as Guenzatti pounced on a loose ball in the box in the 2nd minute and swiftly slotted the ball past the keeper. Then, as time winded down in the first half, Guenzatti capitalized on a breakdown in Atlanta’s defense to bag his 50th Rowdies goal.

With two braces in his last two appearances, Guenzatti has brought his season total up to 14. He still has a bit to go to match his own Rowdies single-season scoring record of 19 goals, but at his current pace it is well within reach.

On their very first chance of the night in the 2nd minute, the Rowdies buried the opportunity with conviction. By the end of the night, the Rowdies outshot their hosts 18 to 11 and also edged them out with 5 shots on goal compared to Atlanta’s 2. The Rowdies have turned into a more lethal side when it comes to converting chances in the last few weeks, which bodes well for the rest of the year, especially if they can also maintain their strong defensive form.

“Atlanta are a very, very difficult team to play against, the way they possess the ball," said Collins. "It was good to get the goal early, but it probably makes the game even more difficult,” said Collins. “I thought the boys managed it well and used their experience. The consistency of having this group together now for a while is starting to show in these moments. Give me a goal after two minutes of every game and I’ll be happy, but it does change the context of the game and it challenges you. I thought especially after the first 35 minutes we started creating some good chances again. Good experience and good maturity showed from the boys.”