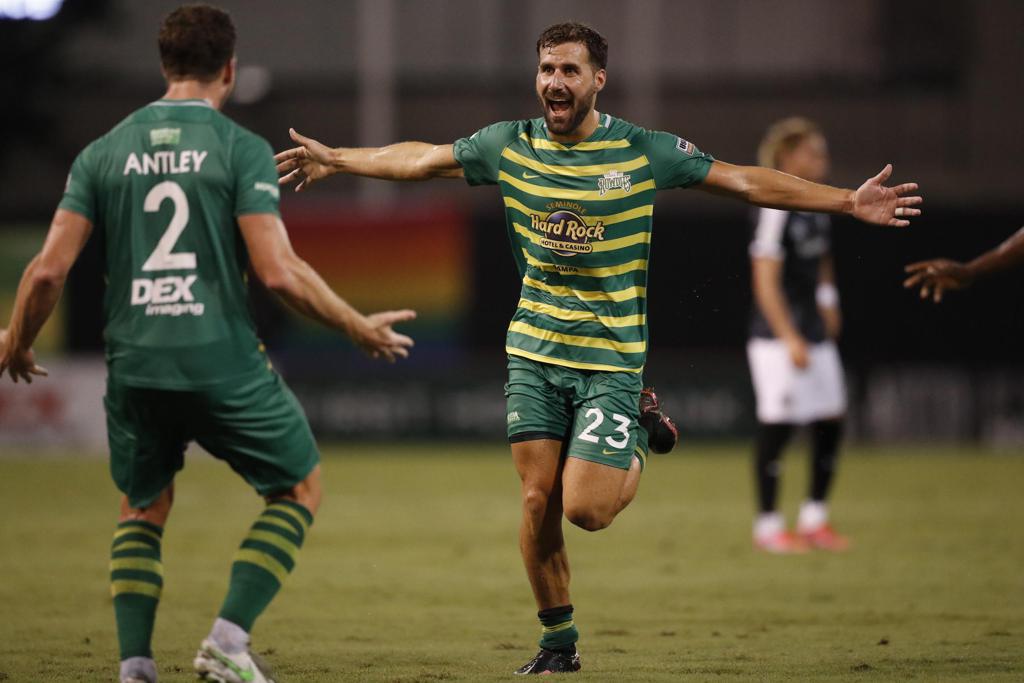 ST PETERSBURG, Fla (September 3, 2021) -Sebastian Guenzatti ended a month-long scoring drought while Sebastian Dalggard and Lucky Mkosana recorded their first tallies of the year as the Tampa Bay Rowdies snapped Oakland Roots SC’s six-match unbeaten streak with a 3-0 result. The win also extended Tampa Bay’s unbeaten streak to six and moved them back into first place in the Atlantic Division.

“Lots of positives, and it’s important we don’t take winning for granted against teams like that that are on such a great run of form," said Rowdies Head Coach Neill Collins. "It’s a big win and it sets up well for the week ahead.”

The Rowdies came out of the gate strong and never let up on the visitors at Al Lang Stadium. After a dominant opening half hour, the Rowdies finally got their first goal of the night.

Midfielder Yann Ekra assisted in setting up the go-ahead goal, finding a window of space to blast a shot on frame that forced keeper Taylor Bailey to parry the ball out for a corner. On the ensuing corner, Lewis Hilton’s delivery took a deflection at the near post before falling for center back Jordan Scarlett, who took a shot that sailed across the face of goal for Guenzatti to backheel across the line. The goal was Guenzatti’s first since July 24 and his club-leading 10th of the season.

Tampa Bay’s second goal was a stroke of pure individual brilliance from Dalgaard. The Midfielder took hold of the ball on the left wing and shifted to the center of the field before finally hammering a 30-yard strike that clipped the underside of the crossbar and bounces down inside the goal.

The Rowdies continued to dictate the match the rest of the final, with super sub Mksoana adding the third goal to seal the result. Connecting with a header sent forward at midfield from midfielder Laurence Wyke, Mkosana streaked down the field with two defenders in tow. Once penetrated into the box, the striker fired one a shot that deflected off Bailey and continued on past him to cross the line.

“3-nil at home, some great chances created, some great football played, another clean sheet,” said Collins. “I think it’s just about how we can get better. It’s actually the boys that said we could’ve done better in the second half in moments with our possession. I think what’s great about this group is they want to be better. That’s where we can look to improve. But putting ourselves in those positions to begin with is important. We can’t take winning for granted. It’s enjoyable winning in front of our fans but it doesn’t stop us from wanting to be better.”

With their third straight win, the Rowdies now stand even with the Pittsburgh Riverhounds SC at 43 points, the highest point total in the USL Championship. The Rowdies hold the advantage over Pittsburgh based on the goal differential tiebreaker.

The Rowdies have a quick turnaround as they travel to face the Charleston Battery on Tuesday night.