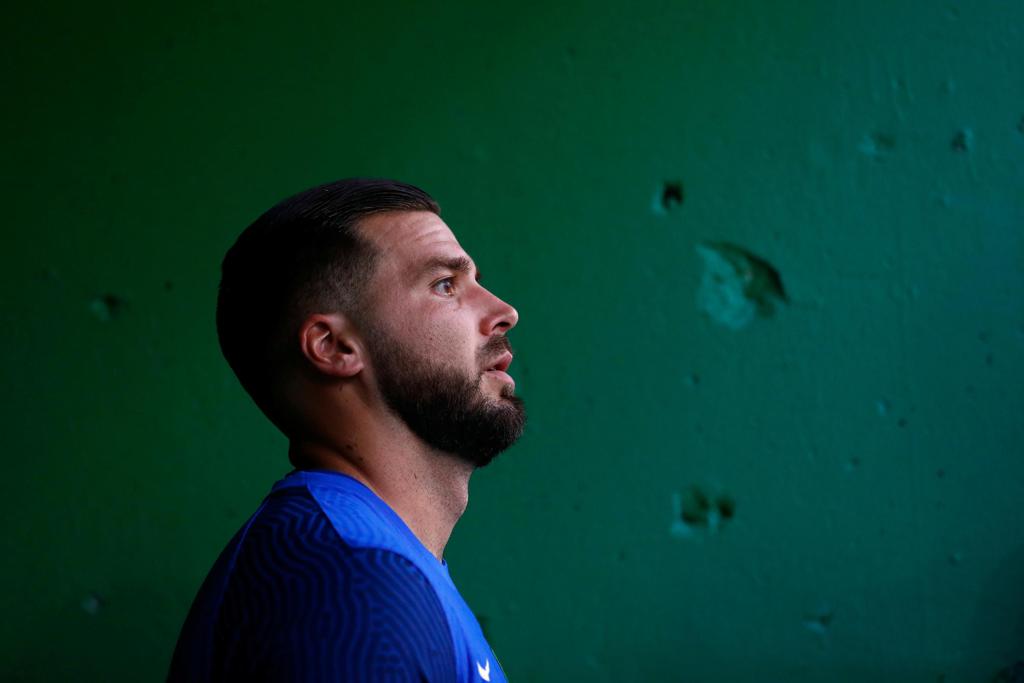 ST PETERSBURG, Fla (August 31, 2021) - The USL Championship announced its Team of the Week on Tuesday, with a trip of Tampa Bay Rowdies players making the cut after the club secured two 2-0 victories during the week to close out August unbeaten. Rowdies keeper Evan Louro earned the highest honor on the squad as the USL Championship Player of the week. Defender Forrest Lasso and midfielder Lewis Hilton also earned spots on the Team of the Week for their contributions to the Rowdies’ successful week.

Louro, 25, picked up his Player of the Week honors for his valiant effort keeping the Rowdies unblemished on the scoresheet in a trip to Loudoun United FC and a home matchup against the Charlotte Independence. In Loudoun, Louro made all six saves he was asked to make, including his second penalty stop of the season. Back at Al Lang Stadium, he came up with two saves to record his fourth straight shutout in August.

Now in his second year in Tampa Bay, Louro has helped transform the Rowdies into one of the best defensive sides in the league. Louro’s two shutouts last week bring his league-leading total to 9 clean sheets on the season. Last year, the Rowdies keeper recorded 8 clean sheets en route to the Rowdies capturing the USL’s Eastern Conference championship. Combined through two seasons now Louro has 17 clean sheets in 39 appearances, tying him with former Rowdies keeper Jeff Attinella for second most clean sheets in Rowdies history. Matt Pickens still leads the way with 28 shutouts.

Hilton makes his second Team of the Week squad of the season. This time the Rowdies midfielder earned the kudos for contributing to both of Tampa Bay’s goals in the 2-0 win at Loudoun. Hilton, 27, kicked off the scoring with a curling free kick from 20 yards out for his first goal for the Rowdies. He then added an assist on the last play of the first half with a lofted free kick from way out to set up a goal for Lasso.

Lasso also makes his second appearance on the USL Team of the Week this year. Bagging his first goal of the season no doubt aided Lasso in getting on the squad this week, but the Rowdies center back was as solid as ever in the back as the Rowdies continued to stymie the opposition. Through two matches last week, Lasso won 13 of 18 duels and 9 of 12 aerial duels, completed 74 of 88 passes, and recorded 12 clearances.

The Rowdies take the field at Al Lang again this week as they host Western Conference expansion side Oakland Roots SC on Friday, September 3, with the club also set to host its annual Pride Night as well. Tickets for the match can be purchased here.

View the full USL Championship Team of the Week for Week 19 below:

GK – Evan Louro, Tampa Bay Rowdies: Evan Louro recorded back-to-back shutouts against Loudoun United FC and the Charlotte Independence, including a six-save performance that included his second penalty-kick save of the season at Loudoun on Monday night.

D – Triston Hodge, Colorado Springs Switchbacks FC: The Trinidad and Tobago international scored his first goal for the Switchbacks and was big defensively, recording 11 recoveries and six interceptions while winning 5 of 6 tackles in his side’s 4-1 win against Austin Bold FC.

D – Matt Sheldon, FC Tulsa: Matt Sheldon recorded his second goal of the season and across a pair of Tulsa victories won 16 of 24 duels and made two interceptions and nine recoveries while completing 49 of 66 passes against Memphis 901 FC and Atlanta United 2.

D – Forrest Lasso, Tampa Bay Rowdies: The 2020 Championship Defender of the Year scored his first goal of the season in Tampa Bay’s victory against Loudoun United FC and over two shutouts recorded 12 clearances, won 13 of 18 duels and 9 of 12 aerial duels as well as completing 74 of 88 passes.

D – Oliver Larraz, San Diego Loyal SC: Oliver Larraz recorded his first goal for SD Loyal since arriving on loan from the Colorado Rapids and completed 4 of 5 dribbles while making 10 recoveries and completing 32 of 39 passes in the side’s 3-1 victory against Sacramento Republic FC on Saturday night.

M – Jorge Hernandez, LA Galaxy II: The 20-year-old made the Galaxy II attack go in a 3-2 victory against Las Vegas Lights FC on Friday night, tying a USL Championship all-time high of 11 key passes in the game while notching one goal, completing 25 of 30 passes and 6 of 6 dribbles, and winning 7 of 9 duels.

M – Lebo Moloto, FC Tulsa: The South African playmaker recorded his first two goals of the season on Saturday night in Tulsa’s 3-1 win against Atlanta United 2 and had four shots and two key passes while winning 4 of 5 duels and completing 22 of 31 passes overall.

M – Lewis Hilton, Tampa Bay Rowdies: Lewis Hilton recorded his first goal of the season and an assist in the Rowdies’ victory against Loudoun United, and over the week completed 78 of 91 passes, had four key passes overall and made nine recoveries as Tampa Bay picked up six points over its two outings.

F – Russell Cicerone, Pittsburgh Riverhounds SC: Russell Cicerone moved into second place in the Championship’s Golden Boot race as he recorded a pair of goals including the winner in second-half stoppage time as the Hounds defeated Hartford Athletic 3-2 at Dillon Stadium while completing 22 of 27 passes and recording three shots overall.

F – Marlon, FC Tulsa: Marlon scored twice after coming on as a second-half substitute, including a stoppage-time winner, as Tulsa took an important 2-1 win against Memphis 901 FC on Wednesday night and had five shots and won 14 duels over the side’s two games for the week.

F – Lamar Walker, Miami FC: The Jamaican international scored a pair of goals after coming on as a substitute to help Miami pull away for a 3-0 victory against the New York Red Bulls II on Sunday night and recorded three shots while completing 12 of 15 passes.