Rowdies Reflections: Collins Eager for the Next 100 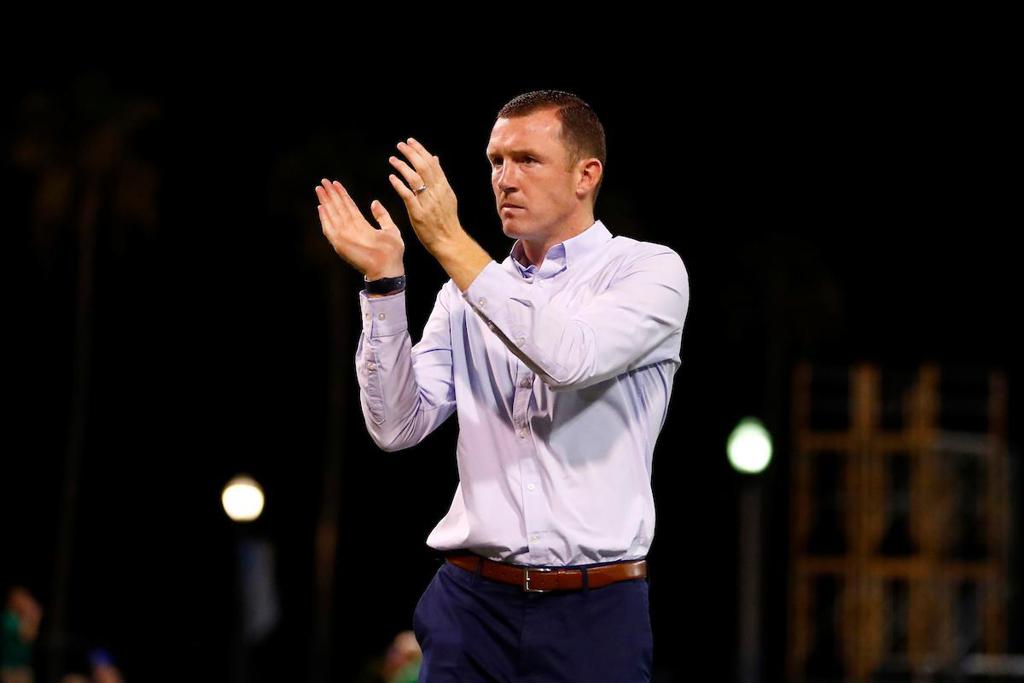 The Tampa Bay Rowdies did what first place clubs are meant to do against clubs at the bottom of the table on Monday night.

Loudoun United FC did not roll over by any means, though. The Rowdies had to earn the victory with a strong showing for the full 90 minutes.

“You’ll hear coaches in our conference saying it every week, and it’s not a cliche, but Loudoun’s position on the table doesn’t relate to how difficult an opponent they are,” said Rowdies Head Coach Neill Collins. “I’ve watched a lot of footage on them because we’ve obviously played them three times and every game is difficult.”

As tough as Loudoun may be, the fact is the last thing you want to do at this point in the season is drop any points to a team that has recorded just one win within the division. With both Pittsburgh Riverhound SC and Miami FC right on their tail at the moment as the regular season progresses into the final stages, any stumbles by the Rowdies could have serious consequences.

“This is a great position to be in," said Collins. "Is there a little bit of pressure with it? Of course, but it’s the type of pressure that you want. It’s not like you’re scrambling in 5th or 6th and you’re trying to make up ground to get into the playoffs. You’re right at the very top. We know that we can’t afford too many slip ups because those teams in 5th and 6th are picking up a lot of wins. Our conference is so competitive, so many tough games. We’ve got to really focus on ourselves, but we’re certainly enjoying the challenge and we know it’s going to be a challenge all the way to the very end. This is what we’re all here for, those challenges. I’m sure we’re going to have a few good games at Al Lang that the fans are going to enjoy.”

Still Learning After 100
Neill Collins passed an important benchmark in his young coaching career on Monday night, leading the Green and Gold from the sideline for the 100th time. He became the third coach in Rowdies history to reach the milestone, joining modern era coach Ricky Hill and original era coach Gordon Jago.

Collins now stands at 49 victories, putting him ahead of Hill’s 45 win total. Jago has an impressive 98 win total, though that is with the caveat that there were no draws in the original NASL era.

Still only 37 years old, Collins is ready to conquer the next 100 and keep improving as a coach.

“For me as a player, it was a big milestone because I felt at 100 games you’ve accrued a certain amount of experience and you’ve been picked a certain amount of times,” he said. “You felt ready to put that experience to good use and I feel the same now. I want to put what I’ve learned in the first 100 games to good use in the next 100. I’m gonna have to keep learning to get that 100. That’s the aim. It’s not as massive a milestone as it is as a player. As a coach you’re always thinking about the next game. Just really pleased to have the opportunity to get 100 and then on to the next 100 now.”

Keeping it Clean (Again)
Monday’s clean sheet was the third in a row for the Rowdies and their eighth overall of the season. They are now tied with El Paso Locomotive FC and Phoenix Rising FC for most shutouts in the league.

Unlike the last two shutouts when the team did not allow a single shot on target, keeper Evan Louro had to make several key stops to ensure the Rowdies finished with an unblemished scoresheet.

Just as it looked as Loudoun was set to pull a goal back in the early stages of the second half, Louro came up with a vital penalty save on Timmy Mehl. Then, with the win already secure, the Rowdies keeper swatted away a fantastic volley from Tyler Gabarra to secure the shutout.

“I thought Evan’s save was a fantastic save and I thought that from that point our confidence kind of came back into the game and we started managing the game a lot better," said Collins. "To be where we are in the league, you’re gonna need moments like that. Evan stepped up tonight and so did other players. I was delighted for him to have that save. He’s not had a lot to do in the previous two games and then tonight he came up big. That's what he’s there for.”