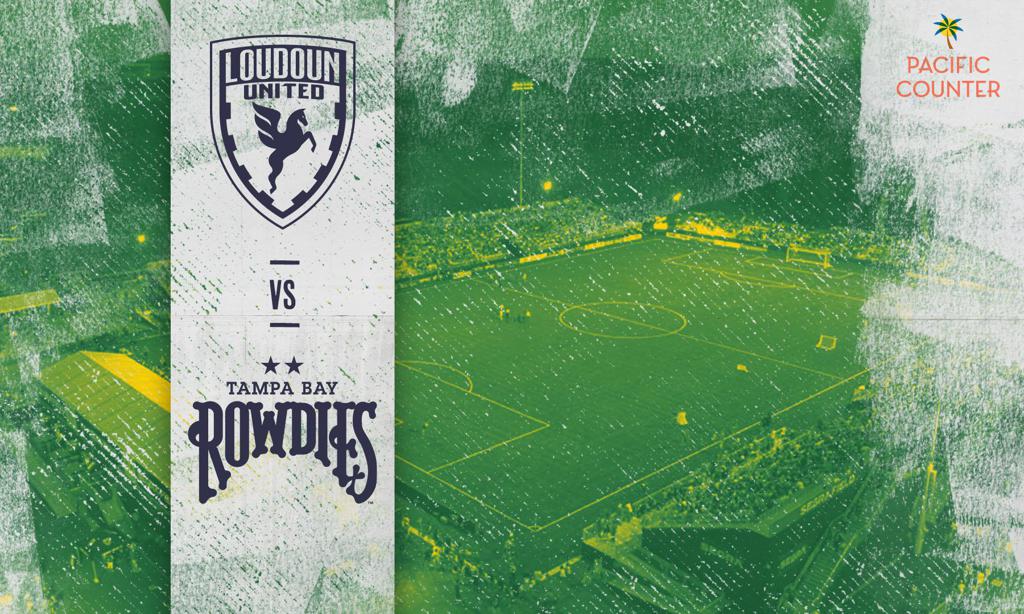 Watch: Stream the match on ESPN+here.

The Tampa Bay Rowdies (11W-6L-1D) make their first trip to Virginia of the year to face Loudoun United FC (3W-14L-1D) on Monday at Segra Field. Tampa Bay has already claimed two victories against Loudoun at Al Lang in 2021 and will now aim to replicate the same results away from home.

Loudoun remains in last place as it has for most of the season, but the club is also coming off perhaps its best result of the year after 4-1 drubbing of Indy Eleven last week. Sermi Sergi helped Loudoun to the victory with his first brace of the year, moving him into a tie for second on the team in scoring with 3 goals. Joanny Bolivar leads the side with 4 tallies, though he will not be taking the field this week as he was recalled from his loan by MLS' DC United at the end of July.

With the confidence boost of their first lopsided win of the year under their belt, Loudoun will no doubt be eager to come out strong at home and prove a point against the top team in the division.

100 and Counting
Neill Collins will reach an important milestone in his coaching career on Monday night. This away trip to Loudoun will be Collins 100th match in charge of the Rowdies since taking over in May of 2018. Collins will be just the third coach in Rowdies history to reach 100 matches, joining Ricky Hill and Gordon Jago.  In 99 matches with the Rowdies so far, Collins has recorded a record of 48 wins, 21 draws and 30 losses.

Collins came up short of the goal of clinching a postseason berth after he took hold partway through the 2018 season. However, he has gone on to lead the team to back-to-back postseason appearances and also its first trophy in the USL Championship after a victory over Louisville in the 2020 Eastern Conference championship.

Missing Wingbacks
Scoring with consistency has been one of the rare nagging issues for the Rowdies in 2021. The club has overcome extended absences of strikers Lucky Mkosana, Steevan Dos Santos and Juan Tejada to stay at the front of the pack in the standings. All three of those attackers have made their return to the squad in recent weeks, but now the club is contending with losses in another key area of the attack -- the wings.

Luiz Fernando remains on the injured list as he has all year, Dayonn Harris is working his way back from a hamstring injury a few weeks ago, and veteran Leo Fernandes has missed the last three matches due to a knock. All three of these players have the potential to provide a creative spark and change in dynamic for the Rowdies, something that might have come in handy in Pittsburgh.

"Everyone (in the league) is suffering," said Collins." We’ve been a little unlucky that certain areas of the team have been more affected. It was our strikers, now it’s three wingbacks. Luiz Fernando, Leo Fernanes and Dayonn Harris. They’re three really creative, attacking players. It’s frustrating, but we’re excited to see what we can do when we get all these guys back."

Locked In
Tampa Bay's defense has been in fine form the last two matches as the club has prevented its last two opponents from getting a single shot on goal. The result in Pittsburgh was the Rowdies' 7th clean sheet of the year and the first time the club has recorded back-to-back clean sheets in nearly two months.

The Rowdies started the year off well with two straight shutouts and have been generally stingy all season long, but they have also experienced a run of fluky concessions and a few poor mistakes which opponents have capitalized on. A clean sheet every time out is an unrealistic expectation, but if the Rowdies can maintain this high level of defensive performances they will be a formidable side to contend with as the race for postseason spots heats up.