Rowdies Reflections: The Value of a Point 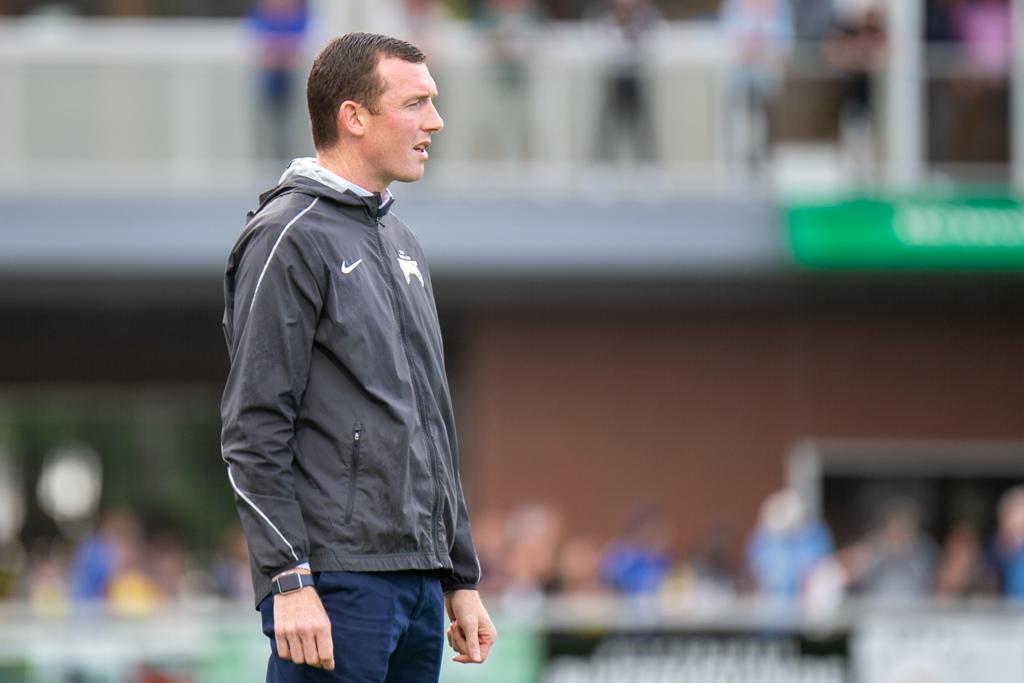 The goal every time you step out onto the field is to claim 3 points. With that said, there is value in picking up a point in certain circumstances. Wednesday’s match at second-place Pittsburgh Riverhounds SC is a good example of that

The Rowdies entered the match with the edge on Pittsburgh thanks to goal differential. Considering the two matches they have in hand on Pittsburgh and the last head-to-head matchup between the two sides to come in October, a point this week for the Rowdies is more than acceptable.  The Rowdies can hold the top spot for now and live to create more space in the standings down the road.

It’s been quite a while since the Rowdies have woken up with only a point to show from the night before. The club’s last draw before Wednesday was a 1-1 result with Miami FC on August 16 of last year. That means the Rowdies went just over a year without finishing a match in a stalemate.

“There’s a reason in some respects we’ve not had the ties, because we always try to go for the win,” said Rowdies Head Coach Neill Collins. “But I think you’ve got to respect the point tonight in a very difficult environment, on the road against a team at the top of the table. We’re not 100 percent satisfied, but we’ll take the point and move on.”

Under Collins, the Rowdies have been a consistently competitive side, pushing hard for the full 3 points on the road no matter the opponent. This week, though, Collins chose the practical route as the match moved into the final stages and he didn’t see the signs indicating a goal was coming for the Rowdies. Rather than insert forward Juan Tejada in the dying moments, he went with midfielder Jordan Doherty to see out the draw.

“I had a couple of tough decisions to make, because I did consider bringing on Juan Tejada to give us some extra impetus," he said. "We already had Lucky (Mkosana) and Seba (Guenzatti) on. I just didn’t feel we were getting the ball up there enough to get that goal and I felt it was probably wise to accept the point given the way we were at that point in the game. Whether that was right or not, I’m not sure. But we saw the point out very safely.”

Back-to-Back Clean Sheets
The Rowdies continued right where they left off from last week on the defensive end. For the second straight match, the Rowdies did not allow the opposition to register a single shot on goal. Pittsburgh did hit the crossbar once, although that was from a tremendous strike from long range. Normally you can live with your opponent’s only chance coming from way out like Pittsburgh’s did.

After a stretch of letting in cheap goals here and there in July and early August, the Rowdies have returned to playing lockdown defense. Wednesday’s clean sheet is their 7th of the year, moving them into a four-way tie for second most in the league.  It’s also the first time the Rowdies have posted back-to-back clean sheets in nearly two months.

“No shots on target is a great achievement for our team considering Pittsburgh did play very well in some aspects,” said Collins. “We spoke about it after a couple of performances, that we had to add that aspect to our group. That when we weren’t at our free-flowing best, could we make sure we’re not giving anything up.”

The Rowdies take pride in playing all-around team defense, but that attitude and tempo all starts in the back with center backs Aaron Guillen, Forrest Lasso, and Jordan Scarlett. Collins was sure to highlight his back three when discussing the outstanding defensive performances in the last few matches.

“The back three had excellent performances tonight,” he said. “Aarrn is just carrying on from where he’s left off from the last couple of weeks. It was definitely a team defensive performance, but you’ve got to look at the back three and say we ask so much of them and they’ve responded so well over the last three games. I think it tells you everything about their character. They can be satisfied with that clean sheet, but they’ll need to be ready to do it again Monday.”

One More to 100
When the Rowdies take the field on Monday at Loudoun United FC, it will be a memorable one for Neill Collins, who will be coaching his 100th match for the Rowdies.

Collins, 37, took the job two months into the 2018 season, retiring his Green & Gold jersey for slacks and a dress shirt. 99 matches later and Collins has established himself as one of the best young coaches in the league. He has now led the Rowdies to a postseason appearance in the last two seasons and won his first trophy as coach last year when the Rowdies won the Eastern Conference championship. Midway through his fourth season in charge, Collins has recorded 48 wins, 30 losses, and 21 draws. Ricky Hill and Gordon Jago are the only other two coaches to lead the Rowdies in 100 or more matches.