Rowdies Seeking Some Space at the Top of Division 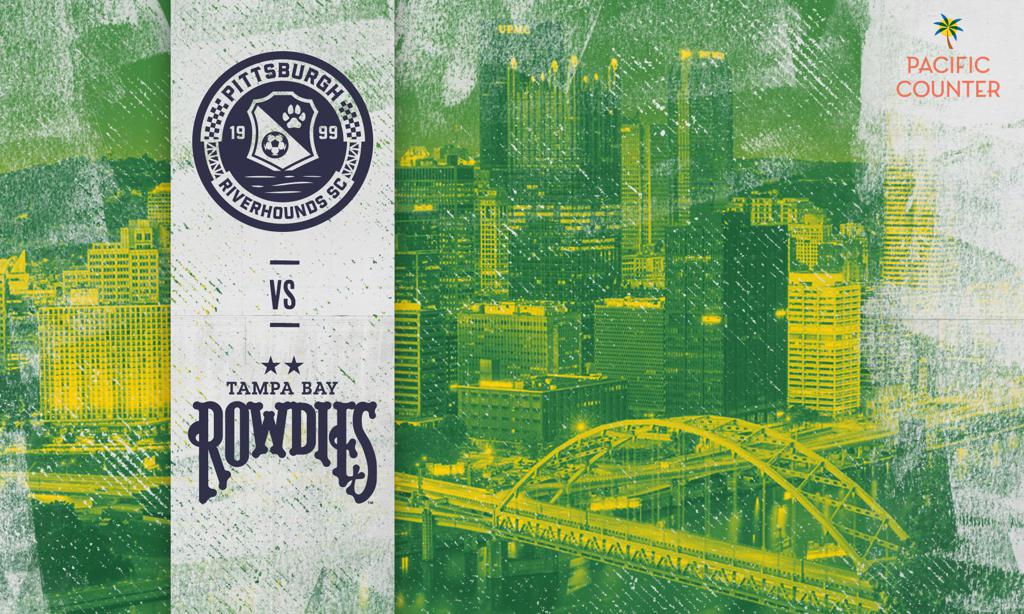 The Tampa Bay Rowdies have a quick turnaround this week as they head north to take on Pittsburgh Riverhounds SC in a matchup between the top two teams in the USL Championship’s Atlantic Division. Both sides stand at 33 points heading into the match, but the Rowdies hold a narrow advantage in the standings thanks to the goal differential tiebreaker.

Wednesday’s clash is one of two remaining regular season matches between the Rowdies and Pittsburgh both of which are set to be played in Pittsburgh. The Rowdies do still have two games in hand on Pittsburgh, but there isn’t all that much separating the two sides up to this point, meaning a result in either direction could make a huge difference come the end of the season in October.

For Rowdies Head Coach Neill Collins, though, it’s all about keeping this one in perspective as just one of 14 remaining contests on the calendar.

“We expect a top of the table clash for two good teams that are wanting to earn three points,” said Rowdies Head Coach Neill Collins. “We’re gonna go there as best prepared as we can to try and win that game but know it’s one of those games that can always go either way and it won’t define either of our seasons, but we’d both like to get the three points on the board and, not secure the top spot, but gain a little bit of an advantage at this point.”

Picking up points in Pittsburgh has never been an easy task for the Rowdies. Since joining the USL Championship in 2017, the Rowdies have gone winless in all three trips up to Highmark Stadium (1 loss, 2 draws). They also dropped a 2015 U.S. Open Cup match in Pittsburgh when the two sides were still in different leagues.

The Rowdies do have one new addition that could make a difference this time around. Former Pittsburgh forward Steevan Dos Santos will be wearing the Green and Gold when the sides meet this week. Dos Santos already scored a goal against his former team when they met at Al Lang in May but had to miss the June 19 rematch when PIttsburgh knocked off the Rowdies 2-1. He’ll likely play some role for the Rowdies this week after starting and playing for 55 minutes last week in his first action since suffering a broken foot at the end of May.

“To have a player of the calibre of Steevan’s is great,” said Collins. “He gives us things that other players don’t have. I think it’s just about being fair to Steevan and setting expectations right. He’s been out for a little while. He did great on Friday, but we know it’ll still take him time to really get up to match fitness. But he knows what it’s like to play at Pittsburgh. He knows the league. He’s always a tough proposition for defenders, so having him back is important… But it’s not just down to one person. It’s important that Steevan plays his part and everyone else plays his part and together great things can happen.”

Opposition Notes
Pittsburgh took advantage of the Rowdies slump over the last month to rise up to the top of the standings. However, the club has hit a small rough patch and comes into Wednesday carrying a two-match losing streak for the first time this year. Miami FC managed to notch a win in Pittsburgh by netting two goals in the span of two minutes, something that not many teams have done versus Pittsburgh. The Riverhounds followed that up with a scoreless losing effort at the Charlotte Independence.

“Those are two results that can easily happen in this league,” said Collins. “We’ve found that. Miami and Charlotte are two very good teams with very good players. Charlotte have been adding a lot of real quality and Miami have got good quality. We’ve got a tough conference, and it’s shown in these results. We’ll expect the best of Pittsburgh on Wednesday night.”

Staying Stingy
The Rowdies recorded their first clean sheet in over a month last week. However, the club has consistently been one of the best defensive sides in the league. At this point in the season, the Rowdies have allowed a league-low 44 shots on goal. El Paso Locomotive FC is the only other club to have allowed fewer than 50 shots on target.

One of the more frustrating aspects of the recent stretch of inconsistent results in July and August is the high rate of conversion for opponents despite the Rowdies not giving up many scoring opportunities. The stinginess of the Rowdies is a sing of the work every player on the field does to keep the Rowdies in control of matches.

"That’s down to the team, not just the defense," said Collins. "Because that means the team is restricting other teams from getting to those other positions on the field where they feel they can get those shots off. On top of that, it probably shows you how well we’ve possessed the ball at times, how well we’ve attacked. That’s just something that we want to build on. What’s the famous saying? Defenses win championships? I don’t actually know how true that is in the stats, but I certainly like the fact that we don’t give up too many shots and we don’t give up too many goals."

Collins Approaches a Milestone
Wednesday will be Neill Collins' 99th match in charge of the Rowdies, meaning he will coach his 100th match next Monday when the team travels to face Loudoun United FC. Collins, 37, was initially a player for the Rowdies until he retired and took over as head coach two months into the 2018 season. Since then, Collins has built the Rowdies into a consistently competitive side vying for a top spot in the Eastern Conference. He won his first trophy in 2020 when the Rowdies defeated Louisville City FC in the Eastern Conference final. Collins will join Gordon Jago and Ricky as just the third coach in Rowdies history to reach 100 matches.