Rowdies Pick Up a Win In New York 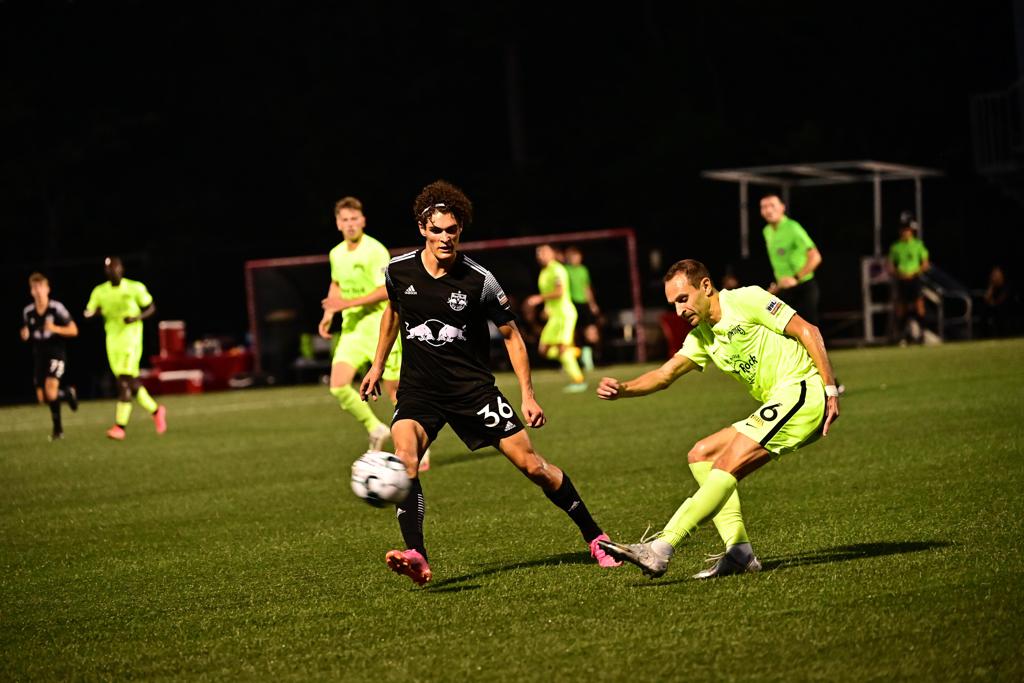 The Tampa Bay Rowdies picked up 3 much-needed points on the road on Friday night, defeating New York Red Bulls II with a 2-1 result. Max Lachowecki played a role in both of Tampa Bay’s goals, recording his first assist and goal of the season.

Tampa Bay’s night did not start ideally, as the hosts were able to grab the lead just 9 minutes into the match. After controlling the opening minutes, New York broke through on a quick buildup through the middle of the field that culminated with Serge Ngoma playing a pass to Jake LaCava at the top-left edge of the box. LaCava then drove forward before slotting a right-footed blast past Evan Louro.

After conceding the opening goal, the Rowdies began to assert themselves on the match. Jordan Adebayo-Smith earned the first chance of the night in the 25th minute, receiving a pass from Lachowecki, shaking off a defender in the box and getting a shot across goal that missed at the far post by inches.

Just 8 minutes later, though, Adebayo-Smith found the back of the net off a set piece opportunity. MIdfielder Lewis Hilton’s looping corner kick found the head of Forrest Lasso, who sent it back across goal. Lachowecki made a great effort to get onto Lasso’s header and sent back across goal one more time for Adebayo-Smith, who had been left unmarked on the back post for an easy header. The tally was Adebayo-Smith’s third of the year and his second against Red Bulls II.

The young Rowdies attacker threatened to add another just two minutes into the second half as well. Chasing down a long ball played into New York’s end of the field, Adebayo-Smith penetrated the box and had only keeper Luca Lewis to beat. New York’s keeper, though, was up to the attack and closed down Adebayo-Smith’s angle and blocked the ball out for a corner kick.

From the ensuing corner kick, the Rowdies were able to take the lead as Laurence Wyke collected a half clearance on the left edge of the box and crossed the ball for Lachowecki, who guided the ball into the bottom left corner with a diving header.

New York attempted to mount a comeback by ramping up the pressure in the final 20 minutes, but the Rowdies defense largely held its shape. Apart from a mixup between Louro and Lasso on a cross into the box that gave New York a look at goal, the Rowdies limited the hosts to very little in the final third. LaCava’s strike in the 9th minute remained New York’s only attempt on target of the night.

With the win, the Rowdies remain 3 points back of the Atlantic Division leaders, Pittsburgh Riverhounds SC, who knocked off the Charleston Battery on Friday. The Rowdies return to Al Lang stadium next Friday for a matchup against Hartford Athletic.