Rowdie Reflections: "There Will Be a Response" 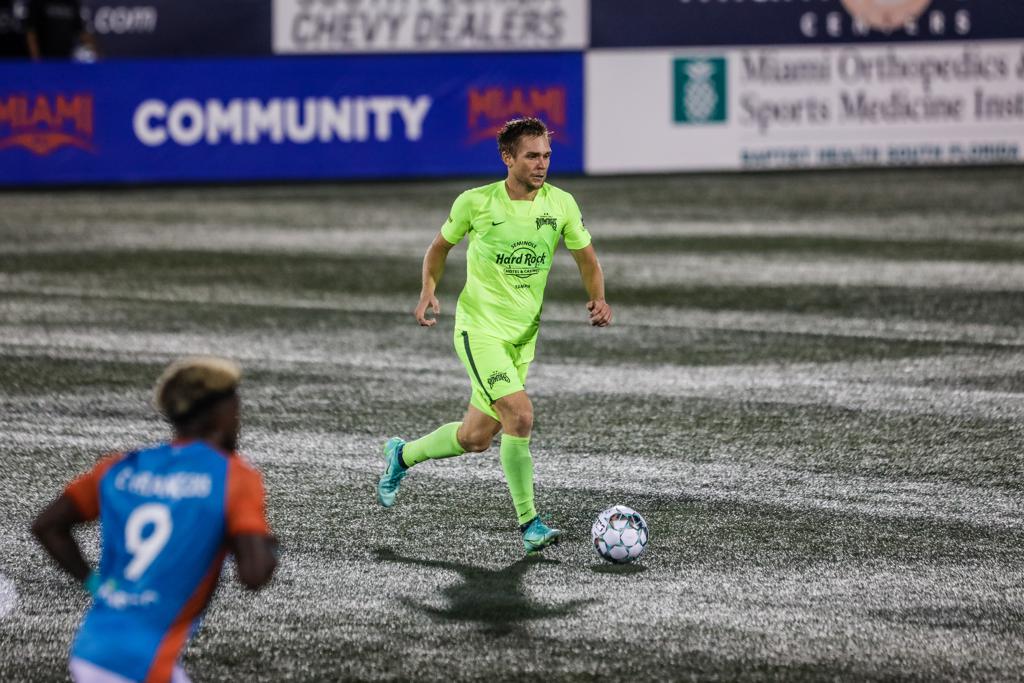 You would have to go pretty far back to find a three-match stretch as rough as the one the Tampa Bay Rowdies have just come through. Before Saturday’s loss at Miami FC, the Rowdies had not dropped three straight league matches since May of the 2018 USL Championship season. And before the narrow loss to Hartford Athletic this past Tuesday, the Rowdies had not even posted consecutive defeats in the regular season since 2018.

“We’re going through a tough moment,” said Rowdies Head Coach Neill Collins. “We’ve not lost two in a row in the regular season since 2018. But you know what, I’ve seen good teams have that happen in the past. It’s a low scoring game. When things don’t go your way and you’ve got a few players that are just off form, which we have, and they’re not quite at their best, then that’s what happens; you come to these places and you get beat. We’ll recover because we’ve got resilient players, they’ve shown that. But we’re going to have to work hard together to get the solutions.”

A rocky stretch such as the one the Rowdies are experiencing is going to sting no matter what, but the fact that the Rowdies lost each of the last three by a single goal only compounds the disappointment.

“We know we’ve got to take some of the result with a pinch of salt, but at the same I’m definitely concerned about a couple of things. I know how we can sort it. I know how we can improve it. We will improve it. We were happy to take the plaudits when things were going well, so we take any criticism right now, but I know there will be a response.”

By virtue of their nearly perfect start in the first two months of the season, the Rowdies remain first in the Atlantic Division standings. However, Pittsburgh Riverhounds SC pulled level with the Rowdies at 24 points after a win over Loudoun United FC this weekend. Additionally, the lead over Miami is now down to just one point. Fortunately, the Rowdies do still have a game in hand on both Pittsburgh and Miami.

Collins took a gamble resting captain and forward Sebastian Guenzatti in Miami on Saturday. Guenzatti leads the club in scoring with 8 goals but he had also played virtually every minute of the season heading into Miami. With over half the season still to go, Collins elected to start with Guenzatti on the bench for the first time this year and give others a chance to carry some of the offensive load.

“Of course (Seba) would have made a difference,” said Collins. “He’s our captain, he plays every game, but I think we’ve got to be mindful that we need him for the 19 games and not just for tonight. Unfortunately, that was one of many things that kind of let us down.”

After an early strike from midfielder Laurence Wyke hit the post and another by Zach Steinberger missed at the near post, the Rowdies’ attack lacked a bite the rest of the first half. Guenzatti did enter at the halftime break, along with midfielder Yann Ekra and wingback Sebastian Dalgaard. All three offered positive changes, with Dalgaard creating chances for Guenzatti and assisting on Leo Fernandes’ stunning finish in the 65th minute.

Ultimately, the changes still were not enough for the Rowdies to claw their way out of the two-goal they found themselves in at the break after conceding on a turnover in the 10th minute and switching off momentarily to allow another in the 34th. Like the loss to Hartford the Rowdies, outshot Miami r17 to 3. However, only three of those attempts were directed on frame.

“Not (the start) we expected, certainly not what we wanted. I’ll take the blame for that,” said Collins. “We set up in a way that we thought would give us our best opportunity to go and win the game but it certainly didn’t work. Despite having a couple of good opportunities, we didn’t take them. We were in some respects lucky to go into halftime down 2-nil. Definitely disappointing and we’ll need to look at some things but I’ll certainly take responsibility for that first half performance.”

The Rowdies' long list of injuries has been well documented. Veteran forwards Juan Tejada and Lucky Mkosana as well as attacking midfielder Luiz Fernando have yet to play a single minute as a result of knocks suffered in the preseason. On top of that, forward Steevan Dos Santos has now missed two months due to a broken bone in his foot.

Based on the last few results and the struggles up top, it would appear their absences have finally caught up with the Rowdies.

“Prior to these three games, the team had done a great job making themselves adaptable and flexible and making the best of what we’ve got, " said Collins. "Look, we’ve got some very good players, but some of their strengths need other complementary strengths. We’re certainly missing that. It’s my job as a coach to work out how we can be a threat. I think the thing I would say is, we should’ve put the ball in the net (against Hartford). We should’ve put the ball in the net tonight. We create chances. We had chances tonight in the second half we should’ve scored. It’s definitely something we need to look at and we will. I know for a fact we’ll improve it.”

Another benefit to having more fit players around is the competitive edge it brings in training. With Mkosana, Tejada and Fernando all starting to integrate back into training, their presence might provide that extra intensity and competition for spots that will drive others.

“It will be good to get a week at the training ground, and we’re looking at getting some players back fit as well,” said Collins. “We need competition. That’s one thing I did say to the guys, a lot of guys have had a lot of opportunities. They’ll want to take them, because guys will be coming back and the competition’s going to be fierce. That bodes well. I think some of the guys wish we could play again tomorrow so we could put it right, but we’re going to have to be patient.”