Rowdies Rally But Come up Short in Miami 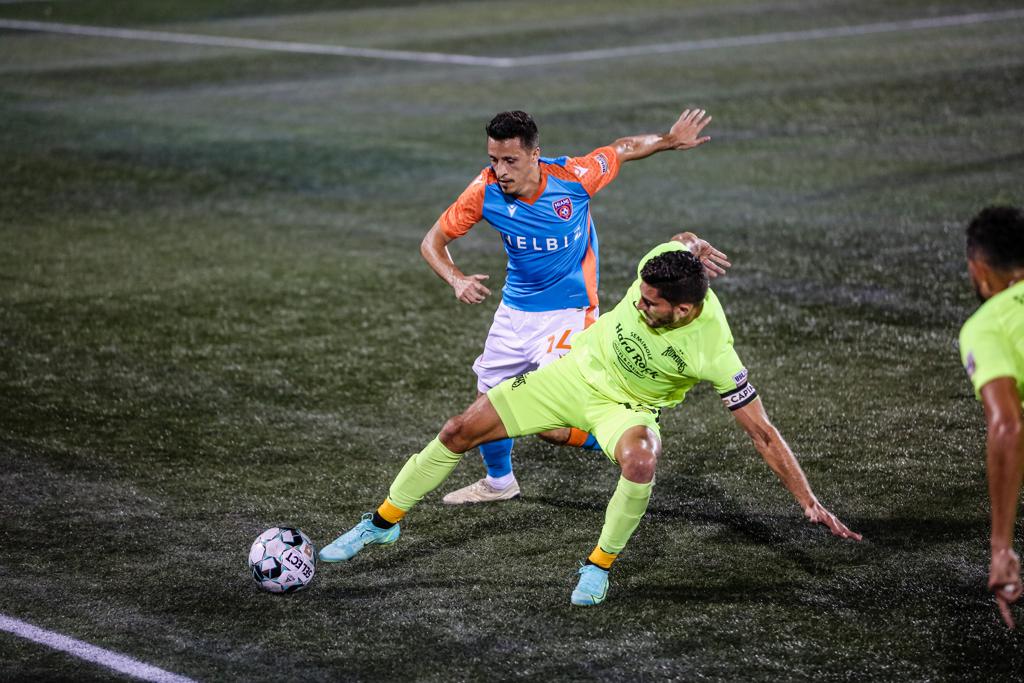 The Tampa Bay Rowdies dropped their third straight match on Saturday night, losing out to in-state rival Miami FC in a 2-1 result at FIU Stadium. A lackluster first half ended up sinking the Rowdies, as the gave up two goals to the hosts and were unable to dig themselves out in the second half.

Rowdies Head Coach Neill Collins made a few changes to the starting lineup coming off Tuesday's loss to Hartford. The most notable change was captain Sebastian Guenzatti starting on the bench, with Forrest Lasso taking up the captain's armband.

It didn’t take long for the hosts to grab their go-ahead goal. After a misplaced pass by Conner Antley back into Tampa Bay’s defensive third, Miami’s Ariel Martinez scooped up the ball and drive into the left edge of the box. Evan Louro rushed out to try and disrupt but Martinez pushed the ball past him and fired a shot on frame. Forrest Lasso made a valiant diving effort to clear but Martinez’s strike beat him to the near post.

In his first start since returning from injury, midfielder Laurence Wyke came close to levelling the match just three minutes after Martinez’s tally. Wyke penetrated the box and let off a shot that had beat Conner Sparrow but clipped the post and bounced back into play. A few minutes later, Wyke fed a ball to Zach Steinberger at the near and he sent his attempt wide by a few feet.

Those two chances were the only few for the Rowdies in the first half, while the Rowdies managed to take hold of the match. Othello Bah scored the eventual winner in the 34th minute when Pierre Da Silva drove the ball deep into Tampa Bay’s corner before playing a low cross into the box for Bah to hammer home.

Collins made several changes at the halftime break, bringing on forward Sebastian Guenzatti and midfielders Yann Ekra and Sebastian Dalgaard. Guenzatti and Dalgaard combined for an excellent chance on goal in the 55th minute, with Dalgaard finding Guenzatti for a diving header that was deftly parried away by Sparrow.

Dalgaard did end up setting up a goal later on to give the Rowdies hope. In the 65th minute, Dalgaard played a long cross from the right wing all the way to Leo Fernandes, who chested the ball down and rifled a half volley into the net.

The Rowdies controlled the possession for the rest of the night failed to capitalize and create any more meaningful chances.

With the win, Miami pulls to within one point of the Rowdies at the top of the Atlantic Division standings. Meanwhile, PIttsburgh Riverhounds SC managed to match the Rowdies' 24-point total with a 1-0 win over last-place Loudoun United FC, though the Rowdies stay on top thanks to the goal differential tiebreaker.

The Rowdies next take the field back at Al Lang Stadium next Saturday when they host Loudoun for the second time this season. In that prior encounter back in June, the Rowdies prevailed with a 2-1 victory.