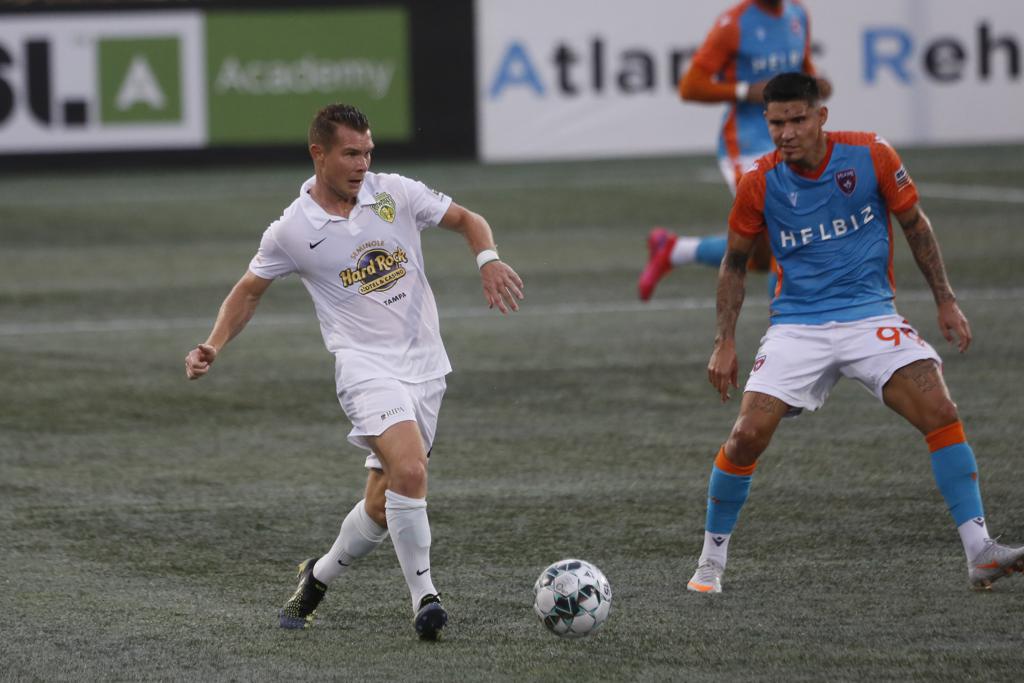 The Tampa Bay Rowdies suffered their first defeat to Miami FC in USL Championship play on Wednesday, falling 2-1 after giving up a goal in each half at FIU Stadium due to a couple of uncharacteristic defensive lapses on set pieces.

“That’s been one of our biggest strengths, defending set pieces and then scoring on set pieces. So it's disappointing to concede two in one night,” said Rowdies Head Coach Neill Collins. “It’s just a reminder that if you don’t do those things, you lose games. We didn’t do them tonight and we got punished."

After initially clearing a corner kick from Miami in the 21st minute, the Rowdies allowed the hosts to regain possession in their half. Richard Ballard then played a long cross to left of the box, where Pierre Da Silva latched on and delivered a first-touch pass across goal for an unmarked Adonijah to bury.

Miami’s eventual winner in the second half came under similar circumstances. Tampa Bay managed to clear an initial corner kick sent into the area only to allow Miami a second crack at the ball. Christian Francois was the one to play the cross in this time, finding Callum Chapman-Page on the back post for a finish into the bottom left corner.

The Rowdies got on the scoresheet themselves through a set piece opportunity in the 55th minute, though through a much more direct route. Dayonn Harris drew a foul deep in Miami's corner, setting midfielder Lewis Hilton up for a free kick opportunity. Hilton made good with a ball delivered right on the mark to the head of Jordan Scarlett, who knocked in his first of the year.

From there Collins expected the Rowdies to start to take hold of the match. That switch never came, though. Even as the Rowdies utilized all of their available subs, including creative midfielder Leo Fernandes in his 100th appearances for the Rowdies, they could not find a second goal.

The Rowdies did have a shot at a possible penalty as the match neared stoppage time. Rowdies captain Sebastian Guenzatti’s shot from inside the box clearly clipped the arm of Miami’s Paco Craig, but no whistle came and the Rowdies dropped their third match of the year.

“We didn’t do enough, especially when we equalized,” said Collins. “We all felt from that point we’d go on and really take a stranglehold on the game but we didn’t and that’s probably what disappoints me the most. We made changes to try and keep that energy and impetus up, but as a team we kind of let the game pass us by.”

The Rowdies remain atop the Atlantic Division standings and will return to Al Lang Stadium on Tuesday to face Hartford Athletic before making a return trip to Miami next Saturday.