Rowdies Come up Empty in Charlotte 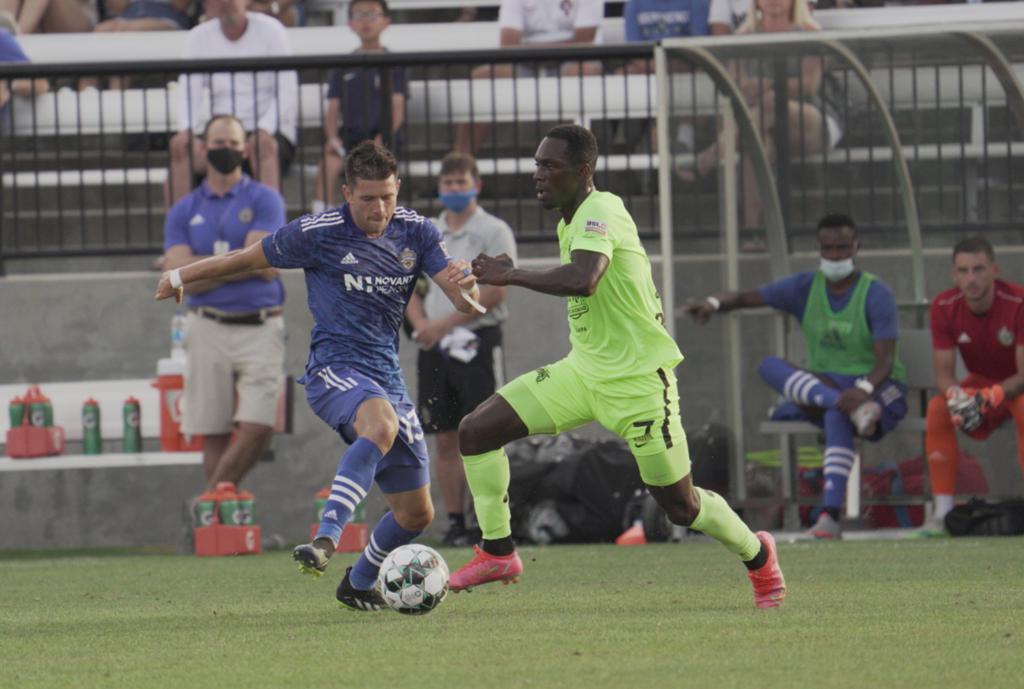 The Tampa Bay Rowdies’ winning streak ended at five on Saturday night, as the club fell for the first time in 2021. The Charlotte Independence rode a first-half penalty conversion from Junior Etou to a 1-0 home victory as the Rowdies struggled to produce in the attacking third.

“There’s times where you can get beaten one-nil, look back and go you know there were a lot of positives. But I think tonight, when we reflect, there will not be many positives to take away," said Rowdies Head Coach Neill Collins. "I think we’ll just need time to digest it.. although we had a lot of possession we just didn’t use it well. That was definitely one of the disappointing factors, how we used the ball.”

After a quiet opening 20 minutes, Charlotte took hold of the match with a stretch of pressure on the Rowdies. In the 23rd minute, Charlotte only stayed off the scoresheet during a counter opportunity when Irvin Parra struck the left post and Rowdies midfielder Sebastian Dalgaard managed to clear the rebound effort from Clay Dimick off the line.

Just two minutes later, though, Charlotte found it’s goal. Parra and Forrest Lasso clattered into each other in the box and the attacker went to ground, drawing a whistle from referee Greg Dobka. Etou then stepped to the spot and delivered his shot to the right. Rowdies keeper Evan Louro guessed correctly and got his fingertips on the shot, but not enough to stop it from clipping the inside of the post and crossing the line.

Louro was tasked with another penalty just minutes before the halftime break when defender Jordan Scarlett was judged to be guilty of a foul on Brandt Bronnico. This time Louro made sure to get both hands in front of the ball as he dove to deny Parra’s attempt.

Despite Louro keeping the Rowdies within reach with that penalty save and another crucial denial on substitute Dane Kelly late in the match, the Rowdies never truly threatened Charlotte’s Brandon Miller. Substitute Foster Langsdorf had the only shot on frame of the night for Tampa Bay, a shot from inside the box that Miller got low to push out for a corner.

“I’m very disappointed with the overall performance tonight so I need to take time and get it in perspective,” said Collins. “It’s definitely been a tough week on the road. It’s not making excuses, I’m just telling the facts. We played in New York with Charlotte having all week to prepare and they looked like a team that’s prepared and we looked like a team that played on Wednesday night even though we tried to freshen it up. We didn’t have the normal intensity we like to see.”

The Rowdies return home next Friday to host Loudoun United FC. Al Lang Stadium will be open to full capacity for the first time since the end of 2019 and the club is hosting a post-match fireworks show as well.