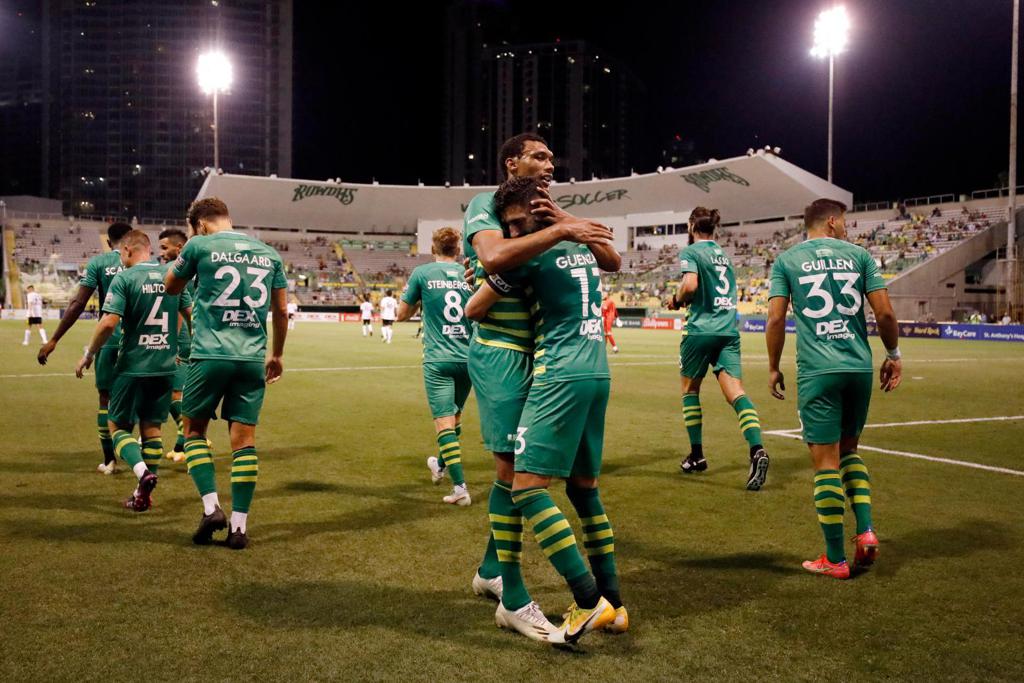 The Tampa Bay Rowdies continued their excellent start to the 2021 USL Championship season on at Al Lang Stadium on Saturday night, posting a 3-0 victory for the second straight week. This time the Rowdies dispatched the visiting Pittsburgh Riverhounds SC.

Neither side produced much in the opening half hour, though the Riverhounds' Thomas Williamson delivered a free kick toward goal that required keeper Evan Louro to tip the ball out for a corner kick in the 15th minute.

It took a former Riverhound to break deadlock in the 31st minute. Midfielder Leo Fernandes set up the sequence, whipping in a cross from the left flank that found the head of Dos Santos, who deftly redirected the ball past his former teammates.

Dos Santos kept being a pest for Pittsburgh the entire night and eventually created the second scoring opportunity in the 75th minute. The forward was clipped down in the box by keeper Danny Vitiello, drawing a penalty which Guenzatti converted for his third goal of the season.

Williamson had another chance at goal a few minutes in the second half when a cross came his way in front of goal, but he placed his effort well off the mark. Defender Jordan Scarlett shut down Pittsburgh's only other opportunity in the 68th minute, racing back down field and sliding to swipe the ball off Alex Dixon.

Adebayo-Smith then sealed the result with a third goal in the 84th minute, just five minutes after entering the match.

The Rowdies remain at Al Lang next Saturday as they host Phoenix Rising FC. The match will be broadcast on ESPN2.