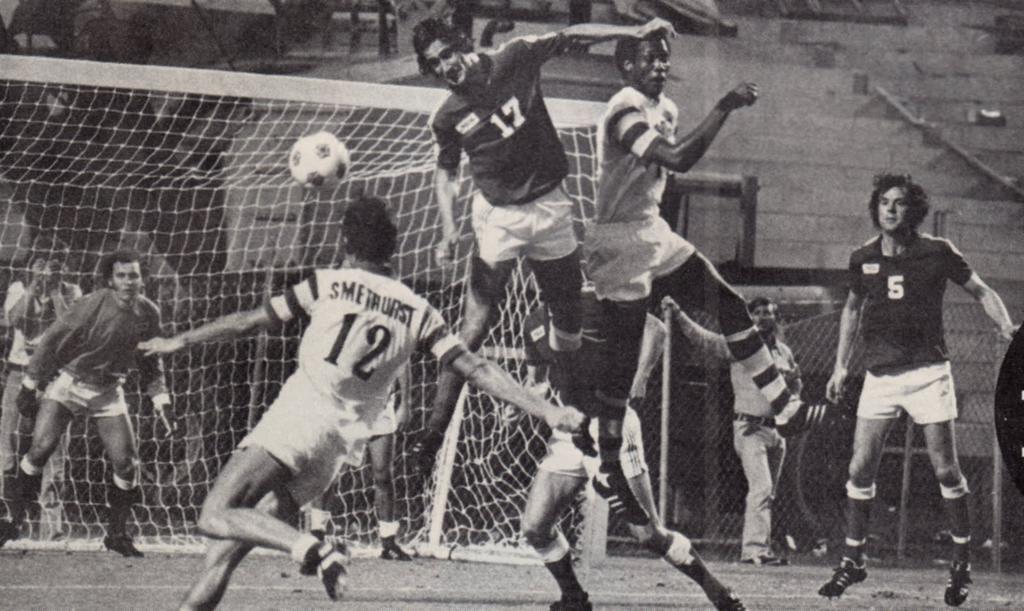 ST PETERSBURG, Fla (April 26, 2021) - April 26 is a special day in Tampa Bay Rowdies history. On this day in 1975, the Rowdies played their first match, knocking off the Rochester Lancers 2-1 at Tampa Stadium.

Rowdies ownership hoped for 10,000 fans to show for the match that night. NASL leadership expected around 7,000 to come. Both underestimated the excitement for the debut, as just over 12,000 ended up filing in to watch the Rowdies win their inaugural match.

The buzz for the match was apparent to forward Smethurst and the other players as they arrived at the stadium and saw an unfamiliar sight, a parking lot full of tailgating fans.

“You’re out there and it’s like a festival,” said Smethurst. "When you’re coming in, people have got their truck tailgates down and partying. We’re thinking ‘wait a minute, you guys go play the game. I’m gonna go to that party over there.’ It was a festival, and it stayed that way with the Rowdies every game.”

Smethurst helped keep that atmosphere alive by recording the first Rowdies goal in history, receiving a pass from teammate John Sissions and burying the ball into the net in the 14th minute. The goal was a relief to Smethurst, who had only arrived in Tampa Bay a couple weeks before the opener and had been out of action for over a year while dealing with injury struggles at Millwall FC in England.

“I put the goal away and it relaxed me for the coming games and everything,” recalled Smethurst. “I finished that game and I didn’t even feel my injury at all. That was almost as encouraging as the goal.”

Rochester equalized shortly after Smethurst’s opening goal and the match stayed that way until Scottish defender Alex Pringle gave the Rowdies a winner four minutes into overtime. Before Pringles’ winner, fans were treated to another memorable moment when Rowdies head coach Eddie Firmani entered the match as a second-half substitute. Firmani, 41 at the time, slotted in at center forward but his biggest impact as a player was getting into to scuffle with one of Rochester’s center backs. It was Firmani’s only appearance as a Rowdies player.

After the match, Smethurst and the others had a postgame meetup with the fans. As part of their contracts, all players were required to attend these types of events where fans and players would mingle. This was entirely foreign to what Smethurst was used to as a player in England or his home country South Africa.

“I haven’t witnessed anything like those fan interactions after the game anywhere I’ve played and I’ve played on three continents. I loved it. I don’t think the fans had ever seen that either. That accessibility was probably the best advertisement for the Tampa Bay Rowdies, apart from kick in the grass and all of that. This was their best advertisement.”

The 1975 Rowdies went on to win 16 of their 22 regular season matches and clinch a postseason spot. They then bested Toronto Metros-Croatia and the Miami Toros in the playoffs before dispatching the Portland Timbers in the NASL Championship Final.

“The Rochester game, we didn’t know but that was the roll out of what was going to come afterwards -winning. All the games that we had to win we won. Eddie Firmani, what he was really good at was letting players be players. He’d say you’re a goal scorer, go score some goals. He didn’t put any more pressure on guys. He played me in my right position, inside forward. It was the same with others. He put the players together that could combine together.”

Smethurst played a huge part in the Rowdies success that season as the team’s leading scorer with 18 goals. By the time he left the club midway through the 1978 season, Smethurst had scored 57 total goals, a record that stood until Georgi Hristov finally surpassed it in 2018.

Sticking around Tampa Bay long enough to set any kind of records wasn’t the plan for Smethurst when he landed in April of 1975. It didn’t take long at all for those plans to change, though.