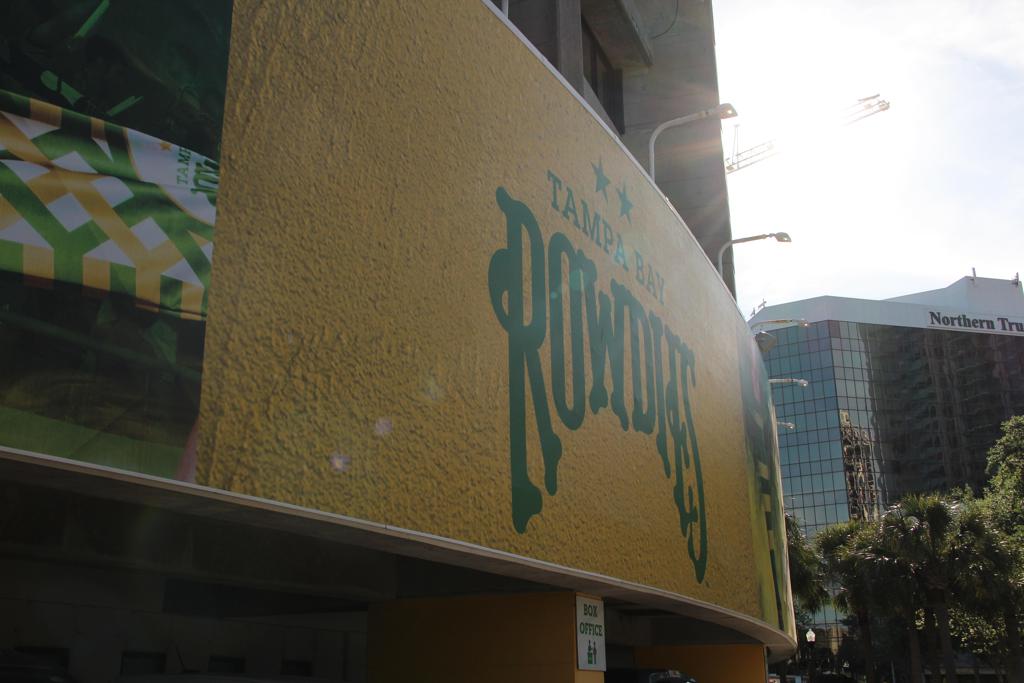 The Tampa Bay Rowdies got back on the winning track in preseason action on Saturday night with a 5-0 victory over NPSL side Naples United FC at Al Lang Stadium. Five different players scored in the match, with four of those being newcomers to the Rowdies.

Rowdies Head Coach Neill Collins went heavy on new players in the starting lineup, inserting six of them. Keeper Raiko Arozarena made his preseason debut and dealt well with the couple shots that came his way before being subbed out at halftime.

After pressing and earning a handful of corner kicks in the opening half hour, Dayonn Harris pushed the Rowdies ahead with his second goal of the preseason. Sebastian Dalgaard initiated the sequence with an accurate cross from the left wing that found captain Sebastian Guenzatti, who laid the ball off for Harris as he charged forward into the box. The winger then powered the ball past Naples’ keeper.

Harris’ goal remained the only score until the 50th minute when the Rowdies finally took advantage of a corner. Lewis Hilton’s delivery found the head of Max Lachowecki, whose header beat the keeper but was thwarted by the crossbar. Midfielder Laurence Wyke was the in the area to clean up the rebound opportunity, though. The tally was also Wyke’s second of the preseason.

Substitute Jordan Adebayo-Smith played a part in the next two Rowdies goal. Within seconds of entering in the 62nd minute, Adebayo-Smith earned the Rowdies a penalty which was then converted by Steevan Dos Santos (also his second goal of the preseason). In the 74th minute, Adebayo-Smith produced a spectacular goal through individual effort. The young striker drove down the right wing past a defender and flicked the ball just over the keeper as he rushed off his line. Once it was past the keeper Adebay-Smith was able to finish his second goal of the preseason.

Another substitute recorded the fifth goal of the night. In his first appearance of the preseason, midfielder Leo Fernandes fed the ball to Zach Steinberger, who was left with yards of space to bury the ball into the net.

The match was the sixth of the preseason for the Rowdies. Next week’s matchup with the University of Tampa on April 24 will be the final contest of the preseason before the Rowdies kick off the USL Championship Season on May 1 against the Charlotte Independence at Al Lang.