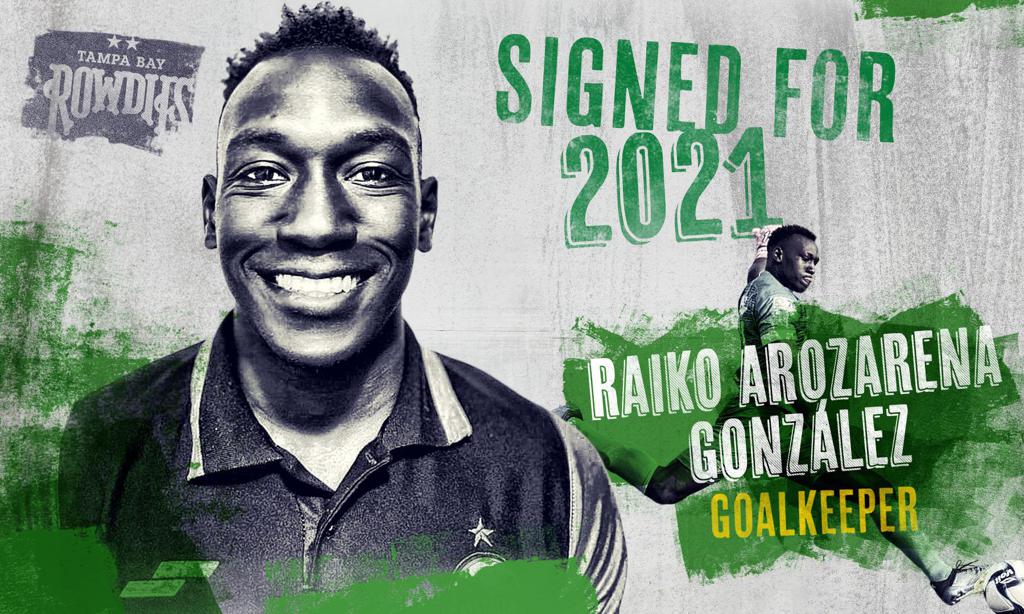 “First of all I want to thank God and the Rowdies for this opportunity,” Arozarena said. “Sincerely, I’m very happy to be here and represent these colors and this great badge. Let’s go!”

The Arozarena name will be familiar to all Tampa Bay sports fans who followed the Tampa Bay Rays memorable run to the 2020 World Series. Raiko’s older brother Randy Arozarena was a major contributor to the Rays success in the postseason, smashing a record-setting 10 home runs. The brothers were dual-sport athletes in baseball and soccer growing up, but Raiko chose to commit to soccer full-time and Randy went with baseball.

Arozarena, 24, comes to the Rowdies after playing several seasons in Mexico, most recently with Cafetaleros de Chiapas in Liga Premier de México. Prior to that Arozarena spent a season at Venados FC. He got his start in soccer with his hometown club, Penar del Rio in Cuba. During his time at Cafetaleros de Chiapas Arozarena appeared in 20 matches.

“The link between Raiko’s brother being at the Rays is an obvious one for people to jump to, but I think the main thing everyone understands is Raiko’s here on merit,” said Rowdies Head Coach Neill Collins. “He’s a fantastic goalkeeper with actual, good experience. He’s been playing at a good level recently and circumstances worked out well that we’ve been able to add a top goalkeeper who will add a lot of competition in an already strong department. We’re really pleased to have him here and he’s already settled in quickly. That’s our squad finally complete. We’ve got unbelievable competition throughout. It’s going to be exciting.”

Arozarena joins returning goalkeepers Evan Louro and Ian McGrane. His signing completes the roster building process for the Rowdies this offseason. The roster now stands at 23 players, with 15 returning from last year and 8 being added to the mix.