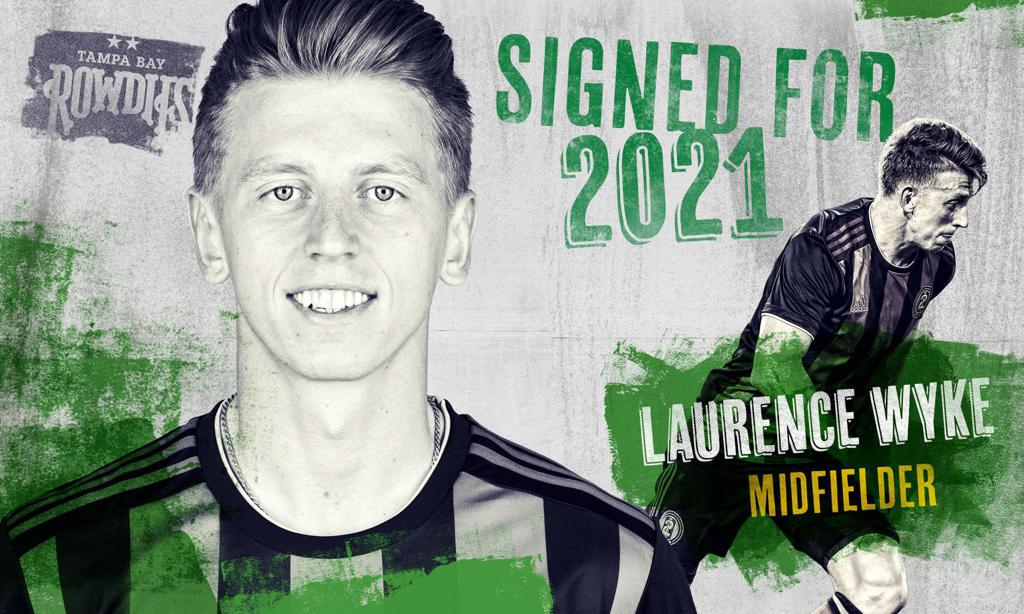 ST PETERSBURG, Fla (March 31, 2021) - The Tampa Bay Rowdies announced another new addition on Wednesday with the signing of midfielder Laurence Wyke to a one-year contract.

Wyke, 24, has been participating in the Rowdies’ preseason camp as a trialist for the last few weeks and impressed enough in preseason matches against South Georgia Tormenta FC and Inter Miami CF to earn a contract. Wyke’s signing brings the Rowdies roster up to 22 players and is likely one of the final offseason moves for the club before the season opener on May 1.

“Laurence is a fantastic addition that completes our roster in regards to outfield players,” said Rowdies Head Coach Neill Collins. “He is very versatile, which is important for us as he can play anywhere on a back three and in center midfield. From what I have seen so far he has a hunger and determination that we are looking for.”

Wyke joins the Rowdies after playing the 2020 season at Major League Soccer’s Atlanta United FC, where he recorded two goals in seven appearances. He made his professional debut in 2019 with Atlanta’s MLS2 side Atlanta United 2 in the USL Championship and earned valuable playing time, banking 26 starts in 29 appearances and tallying three goals. One of those goals was scored against the Rowdies in a 1-1 draw at Al Lang in September of that season.

The Bolton, England native spent a decade at Manchester United’s academy before moving stateside to study and play soccer at both Trinity University and Furman University.

“I am extremely excited to be a part of this fantastic team,” said Wyke. “I have felt very welcome from the offset and I’m excited to grow into the season while learning from Neill and the coaching staff. I am here as I believe this is the best club in the USL Championship and I am ready to give everything for the team to prove that. This season, together, I firmly believe we can go and win it all for Tampa Bay.”