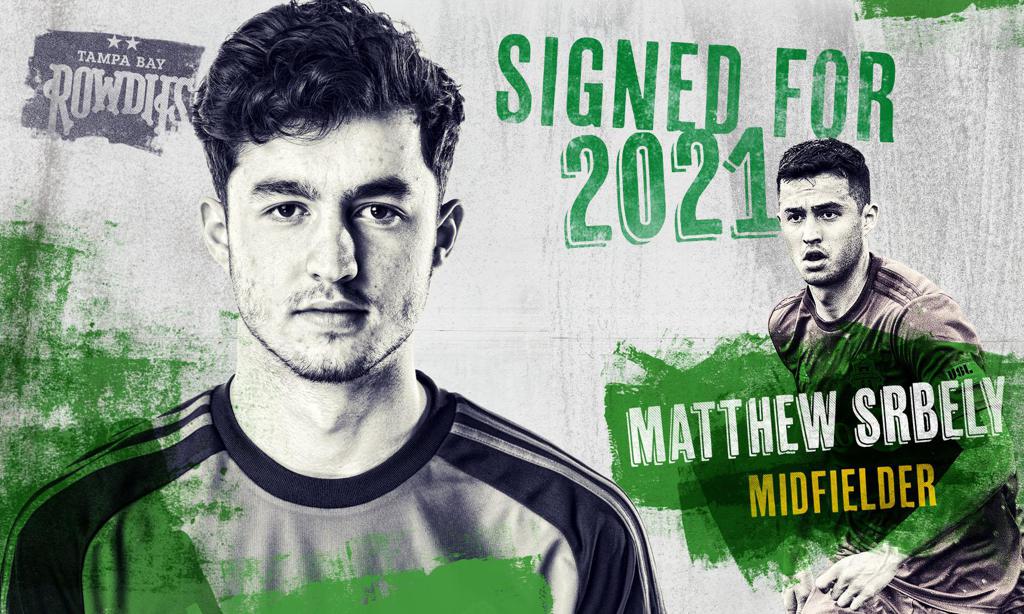 Srbely, 22, played for Toronto FC II from 2017 to 2019. He was re-signed in 2020 but was sent to Thisted FC on loan after Toronto FC II withdrew from the USL League One season. He made five appearances with Thisted FC before their season was postponed due to COVID-19 concerns.

“I am excited that we are able to bring another young and hungry player to our squad,” said Rowdies Head Coach Neill Collins. “Matt checks a lot of boxes for us, including his USL experience to date coupled with his undoubted potential. He will add another dimension to our midfield with creativity in the final third.”

During the 2018 season, Srbely was the top-scoring midfielder on the team with four goals. He was also first on the team in assists and in shots on goal. He was even awarded USL First Team of the Week for leading Toronto FC II to its first victory of the season against Nashville SC. The following year, even though he was absent for a third of the season due to injury, he led the team in assists with five.

“I’m beyond excited to get to work with such a great team and organization this year,” Srbely said. “I’m looking forward to helping the team return to the finals and bring our fans some trophies.”

More new and returning players will be announced in the coming weeks. The Rowdies roster now stands at (20) players.