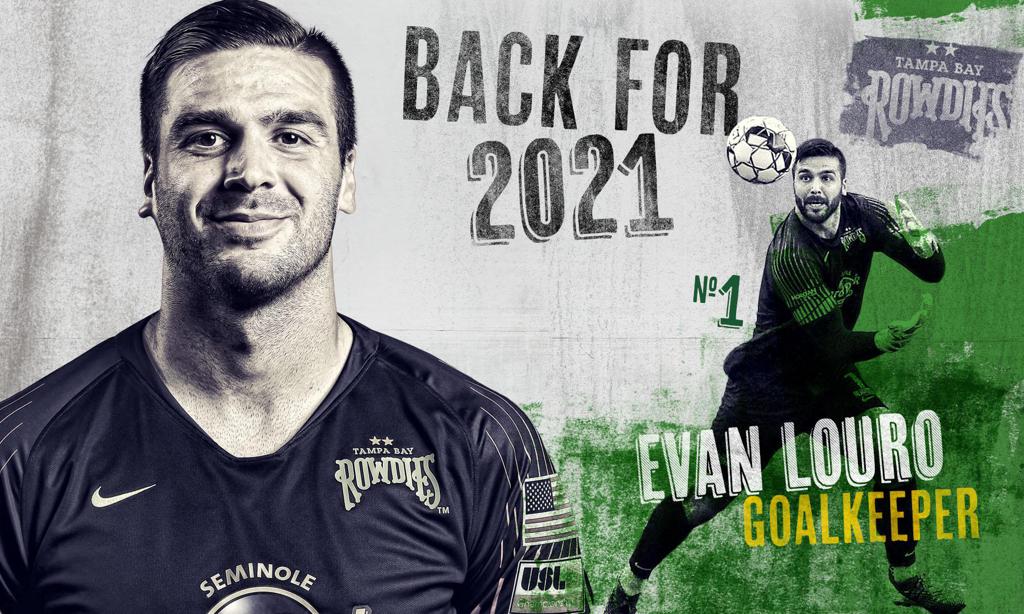 “We are so pleased that Evan will continue to build on last year, as he was a pivotal part in our fantastic defensive record,” said Rowdies Head Coach Neill Collins. “Evan is an excellent goalkeeper, but it’s his winning mentality that really gives him and our team that extra edge. He really bought in to what the Rowdies are all about, and I expect him to continue to build on that.”

Louro, 24, tended goal in 19 games during the 2020 season and recorded 8 clean sheets. Before joining the Rowdies, Louro played for the New York Red Bulls II and was a familiar opponent of the Rowdies club. During the three years with the Red Bulls, Louro had 79 starts and played for over 7,000 minutes.

"I’m super excited and honored to be back in St. Petersburg for the upcoming 2021 season,” Louro said. “I am just ready to get back to work and pick up where we left off.”

More new and returning players will be announced in the coming weeks. The Rowdies roster now stands at (18) players.