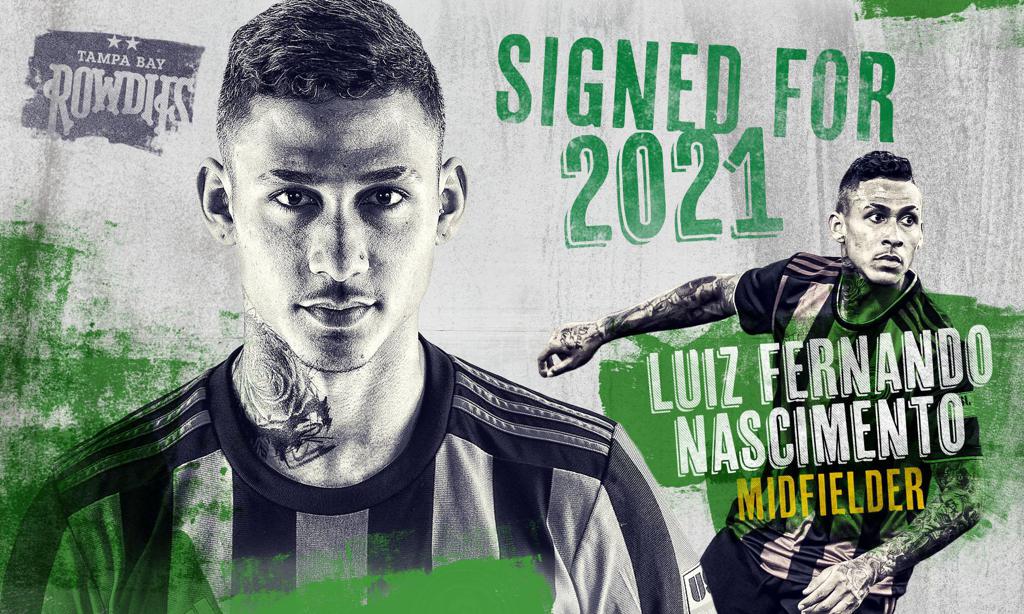 “Luiz is another player that I have not only coached against, but also played against,” said Rowdies Head Coach Neill Collins. “Luiz will get the fans off their seats with his direct attacking style and ability to create opportunities. While he is most at home on the left wing, expect to see Luiz anywhere on the line this year with his versatility.”

Fernando, 23, made 27 starts and notched two goals and four assists in his first year with Atlanta United 2. Prior to that, Fernando played three seasons with the Richmond Kickers.

“I am so excited to join the Rowdies family,” Fernando said. “I have been following the organization for a few years and can’t wait to play in front of the amazing fans and hopefully help the team on the field to achieve all of our goals.”

More new and returning players will be announced in the coming weeks. The Rowdies roster now stands at (16) players.