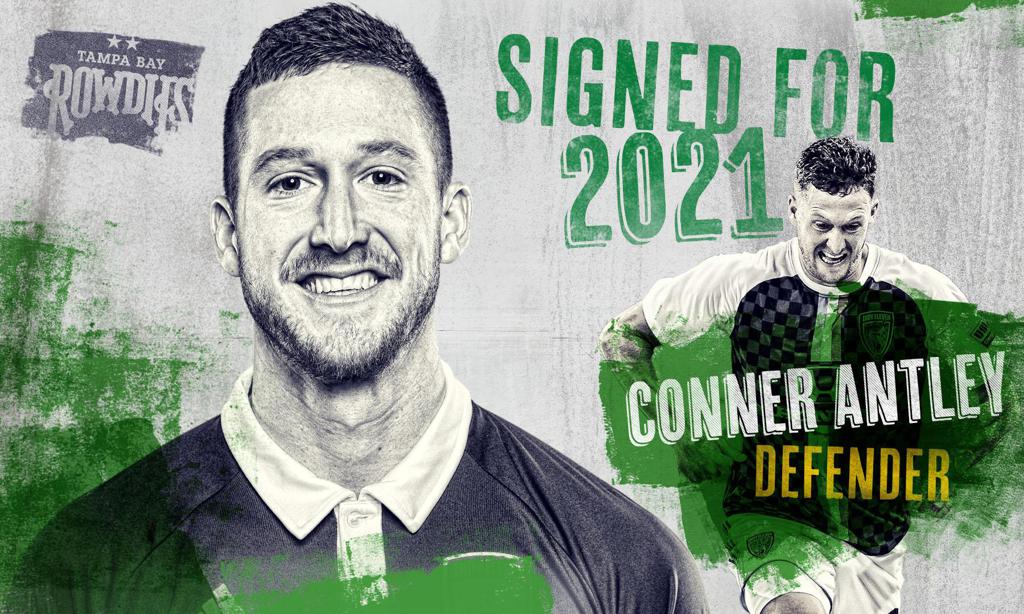 “Our defenders from 2020 were absolute warriors with their willingness to keep the ball out the net,” said Rowdies Head Coach Neill Collins. “The biggest compliment I can pay Conner is that he will add even more skill to this group. He is a true competitor with fantastic physical attributes that will make him a perfect fit for our team. Conner showed a great desire to join the Rowdies, and we were just as keen to make him part of our 2021 team.”

Antley, 25, was named the USL League One Defender of the Year in 2019 while playing for Tormenta FC. During that season, Antley started 26 games and scored six goals in addition to being a huge defensive asset to the club.

“When I heard Tampa became an option, it was an easy decision for me,” Antley said. “Going to a club where I will grow as a player and compete for a championship every year is exciting for me. A big thanks to Neil Collins and Lee Cohen down in Tampa for believing in me. I look forward to meeting the team and the fans, and to winning a championship in 2021.”

More new and returning players will be announced in the coming weeks. The Rowdies roster now stands at (15) players.