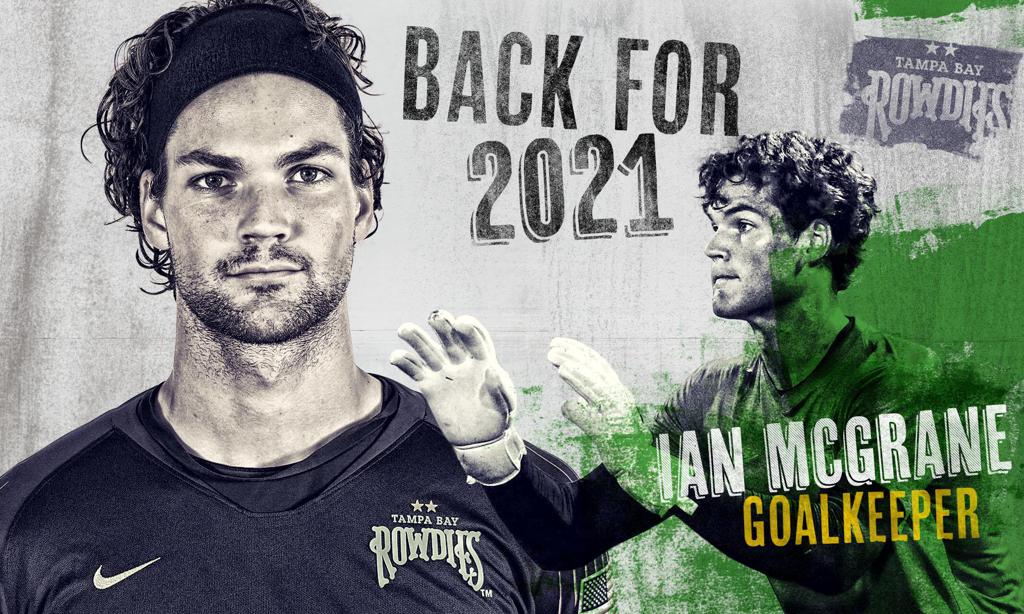 “Ian didn’t get an opportunity last year to show the fans how good he is, but from his first day in training, he showed an unbelievable desire to improve,” said Rowdies Head Coach Neill Collins. “I believe Ian has all the makings of becoming a top goalkeeper, and if he shows the same effort and determination as last year, I am sure he will push Evan all the way for the number one spot.”

McGrane, 25, did not appear in any games during the 2020 season as a second-string goalkeeper behind Evan Louro.

"I’m excited to be back working with a talented group of guys,” McGrane said. “I am eager to get back to the field and continue on building on where we left off last year."

More new and returning players will be announced in the coming weeks. The Rowdies roster now stands at (14) players.