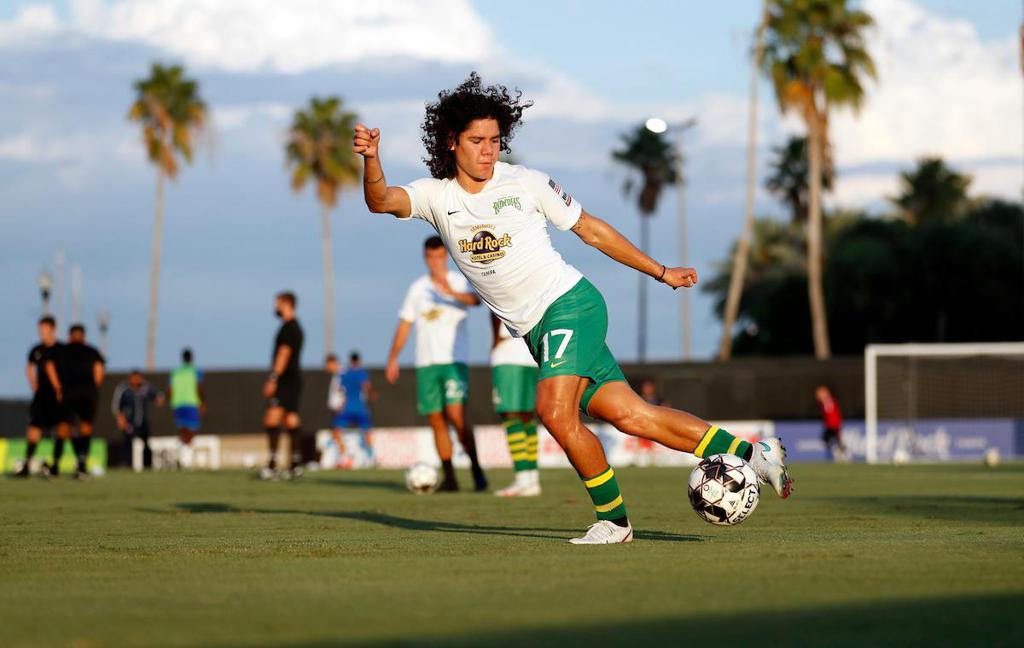 The Tampa Bay Rowdies are going for the season sweep of Atlanta United 2 tonight on the road.

Rowdies coach Neill Collins reflected on the strangeness of the match — playing Atlanta so many times in such a short span — ahead of tonight’s game at 7:30 p.m. on ESPN+.

“It’s not just the fourth time,” Collins said, “it’s the fourth time in three months, which is really, really strange. There’s definitely something new to that.”

The strangeness has been there all season in a condensed season. But there’s a degree of familiarity between the two clubs now and for Tampa Bay, a great degree of success. The Rowdies lead the season series 3-0, which began with a 2-1 win at Al Lang Stadium all the way back in July when the season resumed.

Now, with just a few weeks remaining in the regular season, Atlanta (2-8-3) is one of just three USL Championship clubs that have been eliminated from postseason. On the other hand, the Rowdies (8-2-3) lead Group H despite dropping their last game to Charleston Battery.

Despite the huge point advantage heading into the matchup and the series history, Collins isn’t taking Atlanta lightly. He referenced how close Atlanta played its opponents all year long, save from a game against the Rowdies and Charleston.

“They’re a young side, but they're a very talented side,” Collins said. “And they have very good attacking options. And, you know, we know that we'll need to play very well to give ourselves a chance to take home three points.”

Atlanta has just one win in its last five matches and its -9 goal differential is nothing to envy for the Rowdies, who are +13 in that metric. The player to watch for Atlanta is Amadou Diop, who leads the team with six goals of 16 total. The goalkeepers for Atlanta haven’t done a great job when it comes to keeping opposing teams out of their net, though. The club has not finished with any clean sheets this season.

The Rowdies can lock up their playoff berth tonight with a draw, win or a Miami FC loss to Birmingham Legion FC. But the Rowdies will be without three of their players in their efforts to return to the postseason. Collins said on Wednesday that forwards Juan Tejada and Lucky Mksona and midfielder Yann Ekra will all be unavailable against Atlanta.

He does, however, hope to have the trio back before the Sept. 26 game against Miami FC. Tampa Bay gets a welcome 10 days between games after playing three games in 10 days, albeit going 2-1-0 in that stretch.

Collins said the break after Atlanta comes at a “perfect time,” but admitted he may take that back depending on tonight’s result.

I think if someone had told me going into Atlanta we'd be sitting at the points total we’re at, I'd be relatively pleased with that,” he said. “I always want more. Especially... I think we could beat anyone. I don’t see why we couldn’t have been unbeaten but we're not, so we’re in a good spot and just know we’re capitalizing on that.”