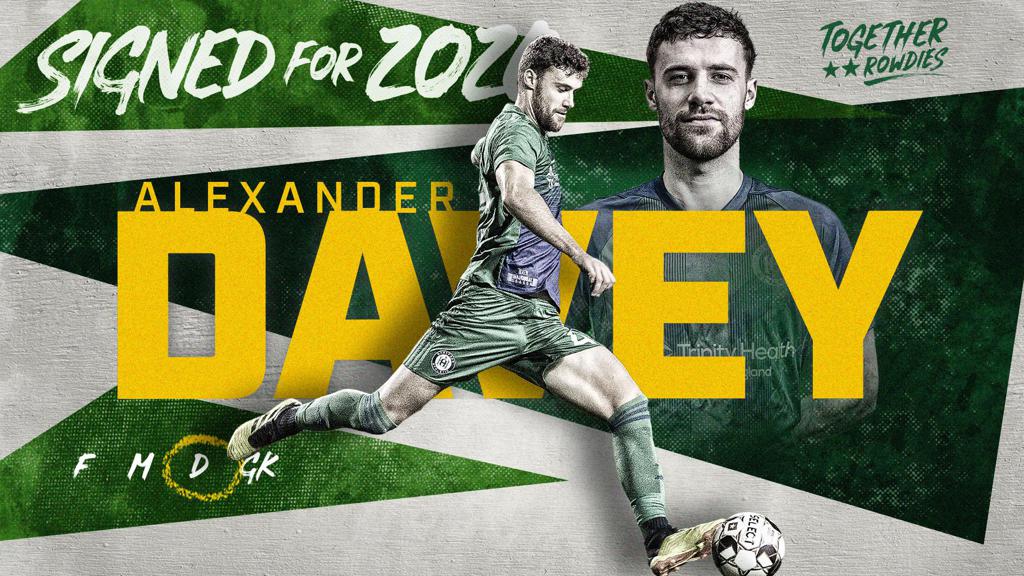 ST. PETERSBURG, Fla. (September 2, 2020) –The Tampa Bay Rowdies announced on Wednesday the had acquired defender Alex Davey from Hartford Athletic for the remainder of the 2020 USL Championship Season. Per club policy, further contract details were not disclosed.

“I’m delighted to be here at such a huge club and very grateful for the opportunity,” said Davey. “Now it is time to get to work and do everything I can to help the team in their push for the 2020 USL Championship.”

Davey arrived at Hartford Athletic a season ago and made 16 appearances for the side between the 2019 and 2020 Championship seasons. Prior to making the move to the United States, he spent his youth career and early stages of his professional career with Chelsea of the Premier League.

Between 2014 and 2017, Davey also had loan spells with Scunthorpe United, Peterborough United, Stabaek and Crawley Town. He signed with Cheltenham Town in 2017 after his departure from Chelsea and was then loaned out to Torquay United. In 2018, prior to joining Harford, Davey played for Boreham Wood, and Dagenham & Redbridge of the National League.

“To be able to add a player of Alex’s quality at this point in the season is great,” said Rowdies Head Coach Neill Collins. “Thanks to the club for allowing us to make this happen as I now feel we have depth and competition in every position.”