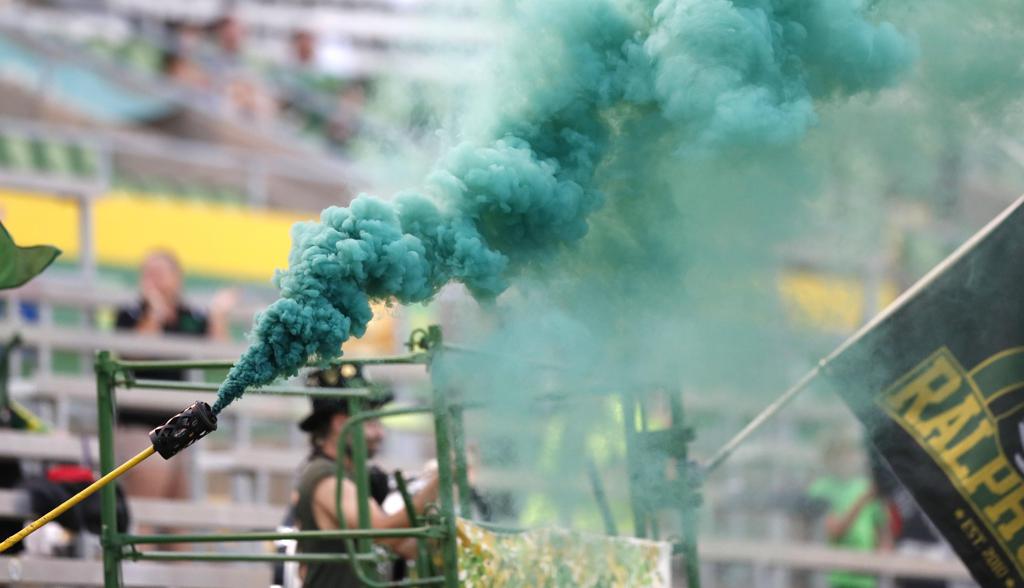 When the Tampa Bay Rowdies last played Charleston Battery just under a month ago it began a season-best three-game winning streak for the Rowdies.

Those three games allowed Tampa Bay to firmly assert itself as the top team in Group H, but Charleston comes into tonight’s matchup with a three-game winning streak of its own and is threatening the Rowdies’ first place spot.

Tampa Bay defeated Charleston 2-0 on July 31 at Al Lang Stadium. Neither team has lost since.

Charleston, however, comes into the game — which airs tonight at 7:30 on ESPN+ — having scored three goals in each of its last three games, something the Rowdies have only done once this season. That rising attack is a focus for head coach Neill Collins.

“They’re playing some really nice stuff,” Collins said of Charleston’s offense. “They get a lot of numbers forward, they’ve got some really good options in their attack.”

Collins said the Rowdies have a very good defensive record, which holds true — the team has allowed just three goals in its past six games — but Tampa will have to be aware of Charleston forward Zeiko Lewis. The four goals Lewis has scored account for more than a quarter of Charleston’s total offense this season, and he’s second on the team in assists with two.

The Rowdies and Charleston play each other two more times after tonight’s game and their tight race for first place in the group will make these games of even greater importance. Tampa Bay heads into the game with 21 points — tied for the most in the USL Championship — and Charleston has 17. A win for Charleston would pull them to within one point of first place in the group while the Rowdies could create some distance with a win of their own.

“When one is playing two, it's a great challenge it isn’t even subconscious; you're just conscious of the fact that it's good to get that psychological edge and the three points,” Collins said. “So there's two sides to it: from a psychological point of view, we want to go in there and we want to perform and it'd be great if we could own it and perform really well and get the three points, then the mathematical side of things looks really good.

“But that's the thing with this new format is teams are never really out of it when you’re playing them three times.”

The schedule has ramped up for the Rowdies as of late with less and less time between games. Tampa Bay has another quick turnaround after Charleston with a Wednesday home game against Miami FC.

Defender Kyle Murphy, though, isn’t worried about the team’s fitness when it comes to keeping up with the schedule.

The Rowdies will be without forward Lucky Mkosana, Collins said. Mkosana was injured in last week’s win over Atlanta United 2. Collins alluded to his injury keeping him sidelined “longterm,” which doesn’t bode well for Tampa Bay’s attack.

Mkosana has only played 172 minutes across seven matches but has two goals in limited playing time.

Collins said the schedule setup and the frequency with which the Rowdies play their group opponents make it so that there’s no secrets, but he said that familiarity with other teams can actually lead to second guessing. He said he’s made tactical changes and knows other teams are doing the same week to week.

“I think what we found and that our players have done well is they’ve adapted in the game,” Collins said. “And I know that’s something that Charleston does well. However, the first 10, 20, 30 minutes go, it can all change because both teams are very good to adapt to the circumstances.