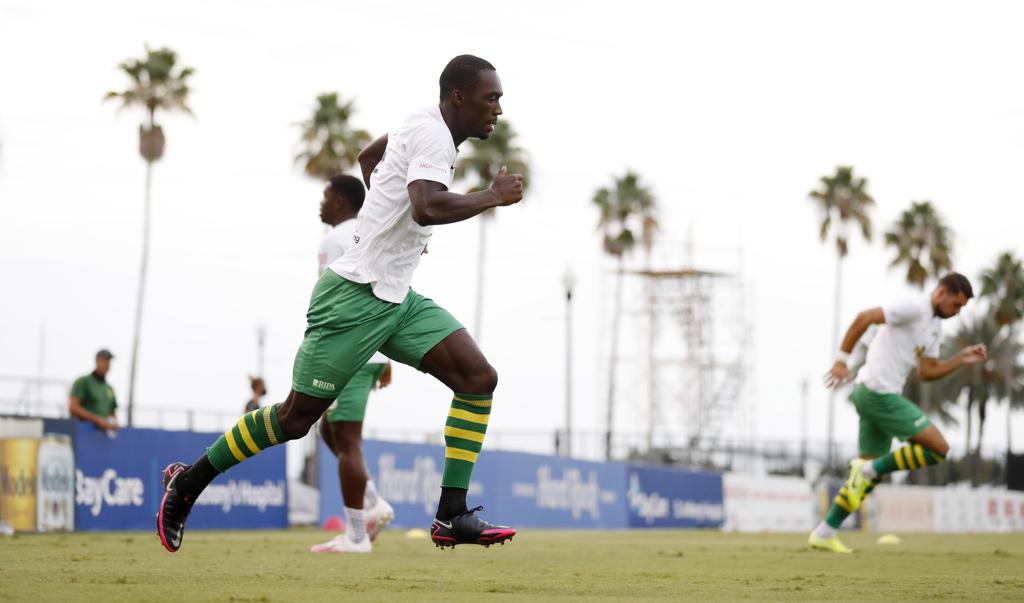 TAMPA, Fla. – The USL Championship announced the Team of the Week Presented by Cleer Audio for Week 9 of the 2020 regular season on Tuesday, with Phoenix Rising FC’s Solomon Asante earning Player of the Week honors after recording two goals and three assists over Rising FC’s pair of outings during the week.

The Championship’s 2019 Most Valuable Player recorded one goal and two assists in Phoenix’s 4-1 victory against the LA Galaxy II last Wednesday, in the process becoming the second player to reach 40 goals and 30 assists in the league’s regular season all-time, and then notched a goal and assist in Rising FC’s 3-3 draw against Las Vegas Lights FC on Saturday night.

Asante earned 60 percent of the ballot for his performances. Miami FC’s Romario Williams received 20 percent of the poll after recording three goals in two games as his side took four points from two games, including its first win in the Championship on Sunday night against the Charlotte Independence.

D – Jordan McCrary, Sacramento Republic FC: McCrary had one assist, completed 41 of 51 passes overall and won 6 of 8 duels while winning 3 of 3 tackles in Sacramento’s 2-1 victory against the Portland Timbers 2.

D – AJ Paterson, Charleston Battery: Paterson recorded one assist, won 6 of 7 duels and 4 of 4 aerials and completed 25 of 34 passes as the Battery claimed the Southern Derby in a 3-0 win against North Carolina FC.

D – Mitchell Taintor, San Antonio FC: Taintor helped San Antonio record shutouts in each of its victories over the past week, scoring once, recording five clearances, 14 recoveries and completing 89 of 124 passes.

M – Yann Ekra, Tampa Bay Rowdies: Ekra recorded assist on both Rowdies goals, completed 39 of 40 passes overall and won 6 of 8 duels and 3 of 3 tackles during the Rowdies’ 2-1 win against Atlanta United 2.

M – Amando Moreno, New Mexico United: Moreno scored in both games as New Mexico swept a pair of victories against Real Monarchs SLC over the past week to extend its lead at the top of Group C in the Championship.

F – Solomon Asante, Phoenix Rising FC: Asante recorded two goals and three assists in two games to move into the league-lead for assists this season and reach 40 goals and 30 assists in the regular season for his Championship career.

F – Alessane Ates Diouf, Austin Bold FC: Diouf had two goals and one assist and completed 22 of 23 passes overall as Austin moved into the playoff positions with a 3-2 victory against Rio Grande Valley FC.