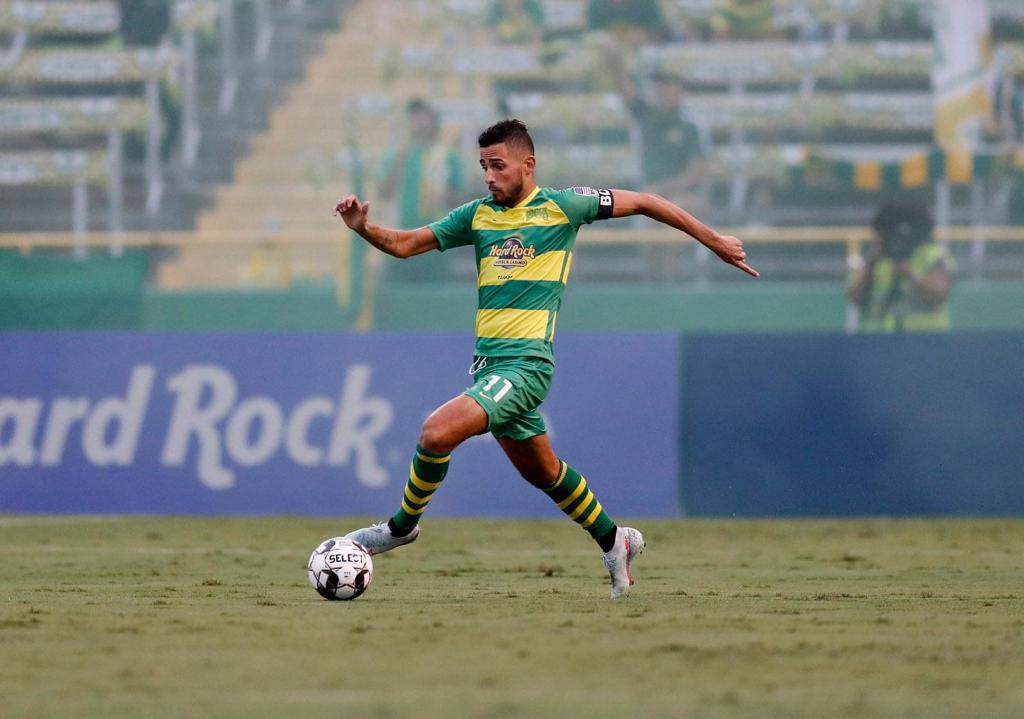 ST. PETERSBURG — The emotions of 100 fans can be much more palpable than a crowd of thousands.

When the Rowdies took a 2-0 first-half lead over North Carolina FC on Friday night, cheers among the small group of fan club supporters from Ralph’s Mob and Skyway Casuals spilled onto Bayshore Drive and First Street from Al Lang Stadium.

Those cheers quieted but didn’t dissipate entirely when North Carolina cut into the lead in the second half. However, when a late goal set up what was eventually a 2-2 draw rather than a sure win for the Rowdies, quiet fell. Normally, there’s chatter, shuffling feet and restless fans that make for enough white noise to overshadow silence. Not this night.

Rowdies coach Neill Collins said this week that having nine points in three games would be a nice position to be in. At halftime, leading 2-0, Tampa Bay was en route to that position. Then North Carolina rallied, and the Rowdies attack fell apart.

The draw gave the Rowdies one point instead of three.

“We should be sitting here with nine points,” Collins said after the match. “But I’m more concerned with the performance in the second half.”

North Carolina (0-1-1) had not played since the United Soccer League Championship season was suspended in March. The Rowdies returned to play a week ago with a home win over Atlanta United 2.

After the nearly two-hour weather delay Friday, it was evident from the start which club was still adjusting to live play.

Tampa Bay (2-0-1) scored quickly and added another first-half goal. Leo Fernandes the facilitator propped up the Rowdies early. The veteran midfielder volleyed a cross to forward Sebastian Guenzatti in the box in the seventh minute for a goal.

Fernandes the attacker struck again 15 minutes later. On a free kick from the right side of the box, his shot went untouched past teammates and defenders for his third goal of the season.

“In the first half, he was absolutely excellent,” Collins said of Fernandes. “And then you could see he was frustrated a bit in the second (half) because we weren’t retaining the ball and getting him in the final third, the way he wants to play.”

The Rowdies went long stretches without the ball in the second half as North Carolina prodded a defense that held it scoreless for the first 45 minutes. But after enough tries, and with some help, North Carolina breached the Rowdies defense.

Dre Fortune capitalized on a giveaway by forward Lucky Mkosana on the Rowdies’ side of the field for North Carolina’s first goal in the 56th minute. In the 83rd minute, forward Robert Kristo finally made good on the header he was hunting all game to tie the score at 2.

“We still had opportunities,” Collins said. “However few there were, we actually got possessions on the break that we should’ve punished them, and last year it was a real strength of ours. Up 2-nil, we’d go on and make it three or four, and this team has just got to learn how to manage the game but also how not to change.”