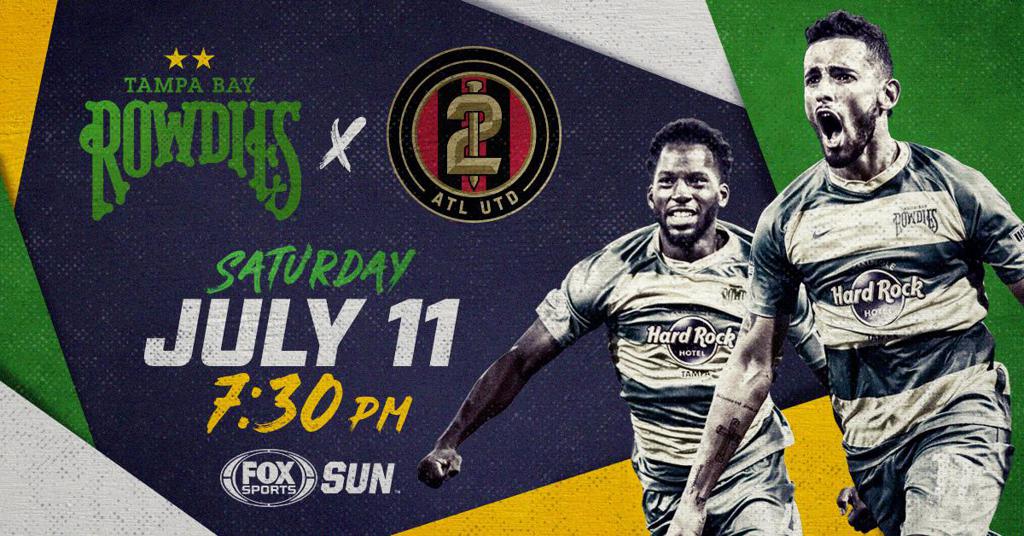 ST. PETERSBURG, Fla.—The Tampa Bay Rowdies have announced their return to play match on Saturday, July 11 against Atlanta United 2 will air live on FOX Sports Sun. The match is part of the opening weekend of games that will kick off the United Soccer League’s resumption of the 2020 season.

“We are excited to resume the 2020 USL Championship Season with our first match on FOX Sports Sun,” said Lee Cohen, President of the Tampa Bay Rowdies. “While many of our players’ families and fans are not able to sit inside Al Lang on Saturday night, they won’t have to miss out on watching their Rowdies in action thanks to FOX Sports Sun.”

This is the first time that FOX Sports Sun will broadcast a Rowdies match. The game will also be carried digitally on FOX Sports Go and ESPN+. Coverage from Al Lang Stadium will begin at the 7:30 p.m. kickoff, with play-by-play broadcaster Drew Fellios and analyst Ryan Davis on the call.

The Rowdies won their season opener, 1-0, over the New York Red Bulls II on March 7, their only match before the league’s suspension of play. With the win, the Rowdies improved to 4-0-0 (W-L-T) in season openers since joining the USL Championship in 2017. The league’s revised schedule includes 15 Rowdies games from July 11–October 3, with eight of those at Al Lang Stadium.