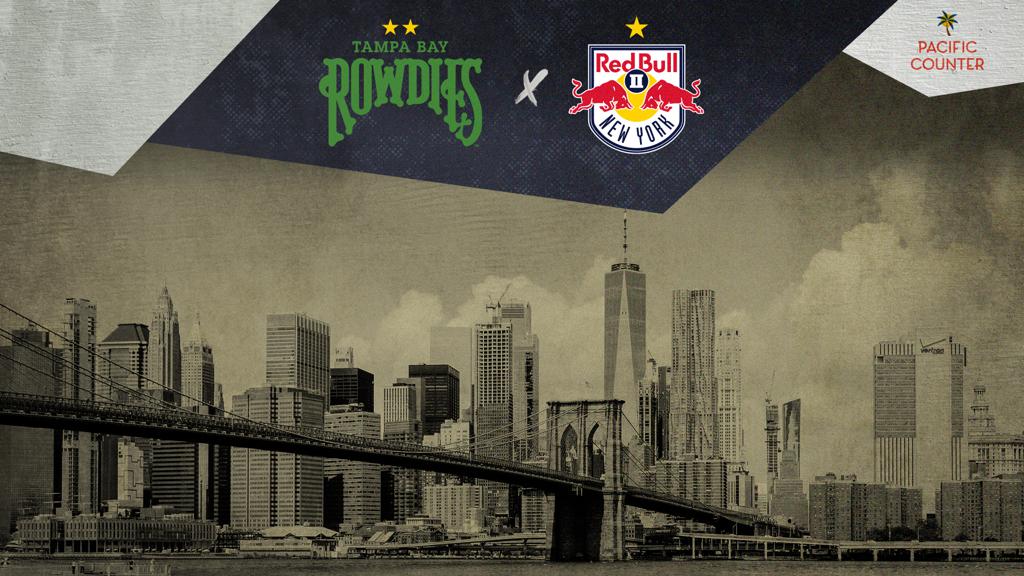 Last Year's History
These teams split their season series in 2019, with each team picking up a 2-0 win at home. In May, Juan Tejada bagged a brace and the Rowdies overcame a second-half red card shown to Dom Oduro to beat the Red Bulls. In July in New Jersey, it was Matias Jorgensen that scored a pair of goals to carry New York past the Rowdies.

Rowdies Notes
The Tampa Bay Rowdies head into the 2020 season with a revamped roster following a disappointing sixth-place finish last season and a quarterfinals exit in the USL Championship Playoffs.

Tampa Bay’s senior roster of 22 players is supplemented by four players on USL Academy contracts for a total of 26. Of those, 10 are returning players from 2019 and 16 are newcomers. Of the 10 returning players from last season, the Rowdies retained only one goalkeeper and no defenders. Macklin Robinson started just five games in goal for Tampa Bay last season, so it’s a near total rebuild at the back for the Rowdies. Key newcomers include Evan Louro, Forrest Lasso, Aaron Guillen, Jordan Scarlett and Louis Lomas. Apart from Lomas, all of those players have significant USL Championship experience. Lomas joined the Rowdies on a season-long loan from Norwich City FC.

Scarlett and Louro could make their Rowdies debuts this weekend against the club each of them played for previously. Louro joined the Red Bulls academy as a 13-year-old and spent 11 years with the club before being released this offseason. Scarlett was drafted by the Red Bulls in 2017 and played three seasons for Red Bulls II.

The midfield also went through some rebuilding, with returning regulars Leo Fernandes, Malik Johnson, Dom Oduro and Zach Steinberger supplemented by additions in Mustapha Dumbuya, Sebastian Dalgaard, Lewis Hilton and Kevin Mendoza. Jordan Doherty, who played for the Rowdies last season on loan from Sheffield United FC, made a permanent move to the Rowdies this winter.

Three of Tampa Bay’s four senior forwards are returning from last year, including captain Sebastian Guenzatti, who finished tied for third in the Golden Boot race in 2019 with 19 goals. That performance set a new single-season scoring record for the Modern Era Rowdies. As a group, the four senior forwards on Tampa Bay’s roster scored a combined 52 Championship goals last season, a higher total than 17 teams in the league.

Head Coach and Technical Director Neill Collins heads into his second full season at the helm of the Rowdies. He took over in May of 2018 and enters 2020 with a head coaching record of 23-18-18 in regular season league matches. He signed a multiyear contract extension and took on the duties of Technical Director as well this offseason.